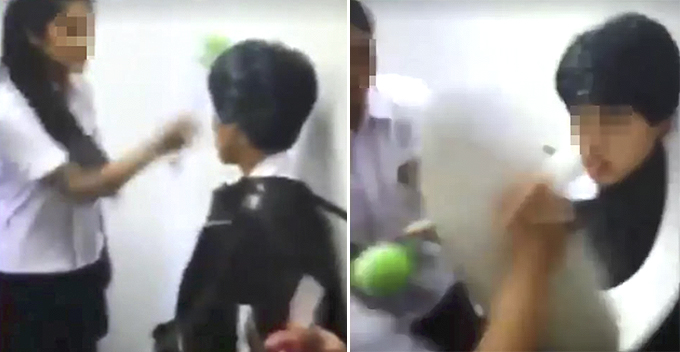 A short video depicting an OKU student being bullied has recently caused a massive uproar among netizens on social media. This incident happened in Assumption Pathway School in Singapore.

In the 29-second video, four Form 2 female students ganged up on a mentally-challenged female student inside the toilet. The victim can be seen wearing a black trash bag while one of the bullies used a toilet bowl brush to brush her groin area. 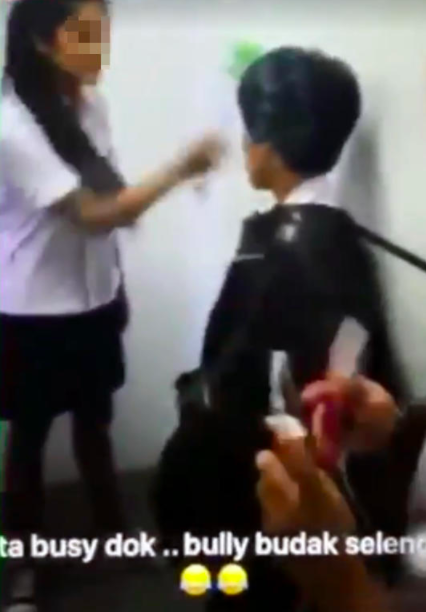 The helpless victim bent over to stop the bully only to have a toilet seat put around her neck by another student. That’s horrible! The toilet-brush-wielding bully then continued scrubbing the victim’s chest, mouth, and face while the rest of the bullies cheered on and laughed along. 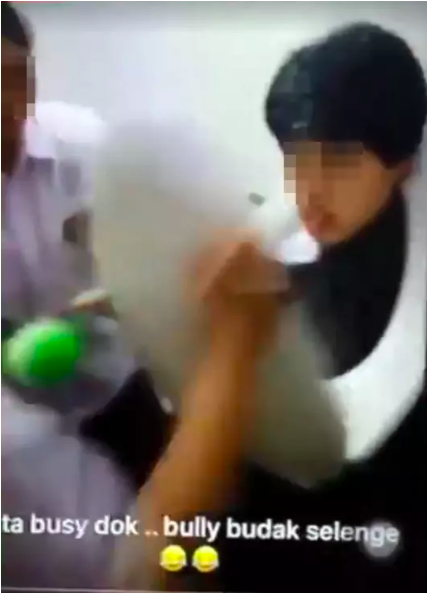 The next day, a lady named Norashikin lodged a police report after watching the infuriating video circulating on Twitter. The 29-year-old teacher who is also a parent said,

“As a parent myself, if this were to happen to my child, I would be upset and worked up.”

Netizens got even angrier when the of the bullies said that they were just bullying her, and that it’s all normal. No, it’s not!

She added that she had never used any violence against the victim, and since the victim didn’t die in the end, there’s no point correcting her.

The Straits Times contacted the school principal, Eric Leong, who said “the actions in the video are unacceptable”.

“We take a strong stand against bullying, and teach our students to care for others. We are also working with their parents to ensure that the offenders are made aware of the serious consequences of their behaviour, and that they will not repeat such behaviour,” Eric said.

It was reported that disciplinary action has been taken on the offenders and counselling will be provided to the victim. 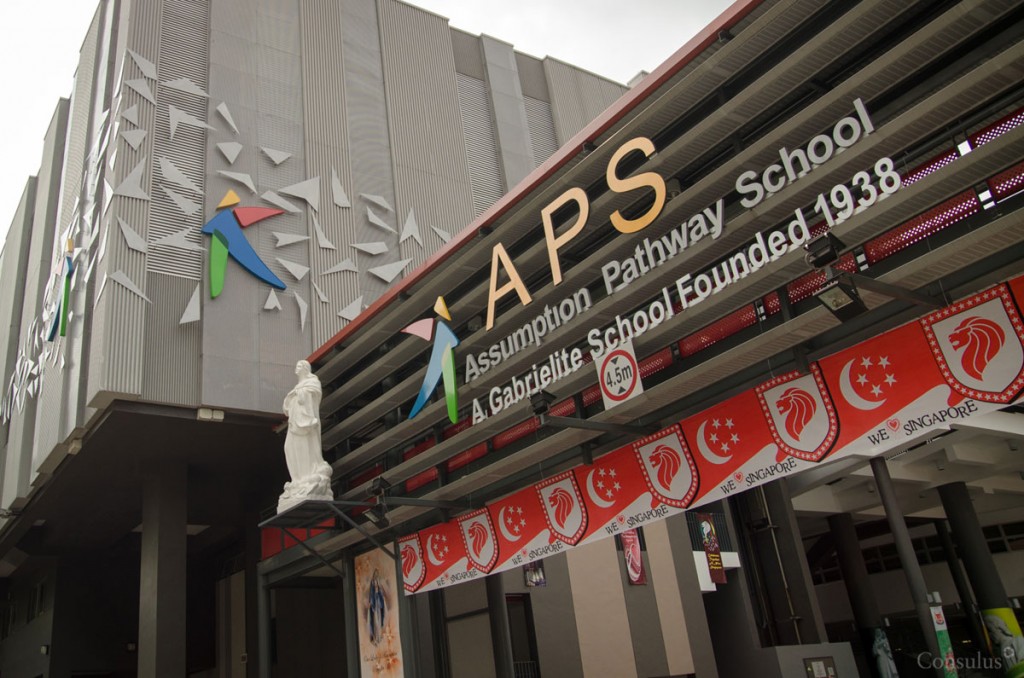 The toilet-brush-wielding bully has also apologised to the victim’s parents and wants everyone to give her a chance. Apparently she told a Chinese news portal that she and the victim were friends and would hang out together in school. She has also hugged it out with the victim and apologised to her. Hmmm….

Currently, the police are working together with the school authorities to address this outrageous incident. Let’s hope the victim can move on from this traumatising experience and find better friends. 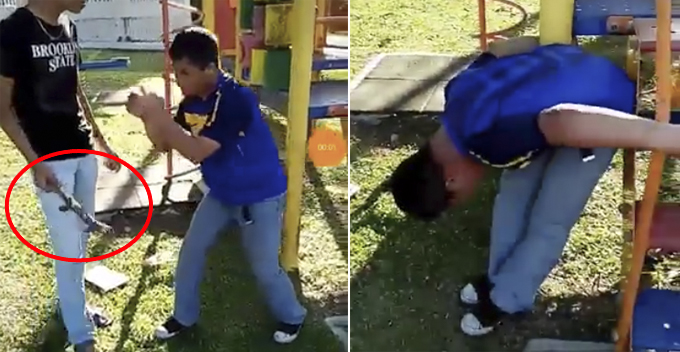