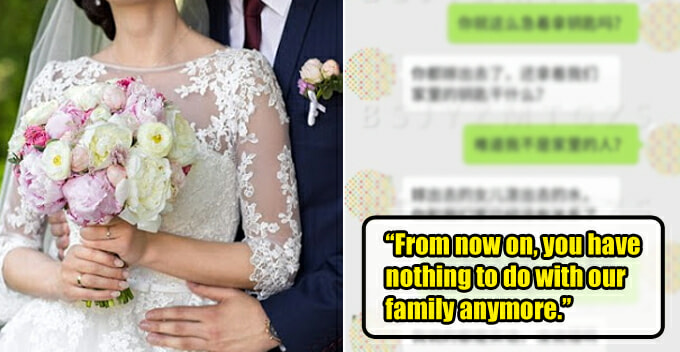 For older brothers, there’s nothing that makes them happier than seeing their own younger sister getting married to the love of her life, but not this particular brother, because he has something else on his mind.

Just recently (March 2018), a 25-year-old lady in China took to social media to share how her elder brother ridiculously demanded her to give back her house keys on the very day she got married.

The lady, named Qing Qing, said she and her husband fell in love with each other, but her family members weren’t fond of her then boyfriend. So, they introduced another man to her, but she rejected him due to their large age gap.

She insisted that her boyfriend was the one she’d like to walk down the aisle with. Despite her family’s disapproval, the couple made it to the wedding hall and got married.

However, Qing Qing’s brother asked her in front of everyone to hand over their parents’ house keys since she doesn’t live there anymore. She was still in her wedding gown and holding a bouquet of flowers at that time.

Obviously, the house keys weren’t with her at that moment, so she promised to hand them over once the ceremony was over.  The next day, she went for her honeymoon, but the brother kept bugging her through phone calls .

He was so persistent in getting back the keys that he even contacted Qing Qing’s parents-in-law to allow him to enter her new bedroom to search for the keys. What the heck?!

What baffled her the most was that her own parents actually agreed with her brother! She even shared a few screenshots of their conversation online. 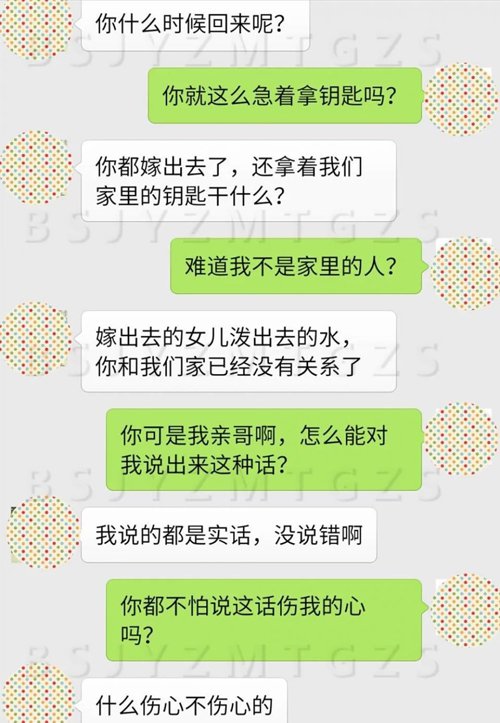 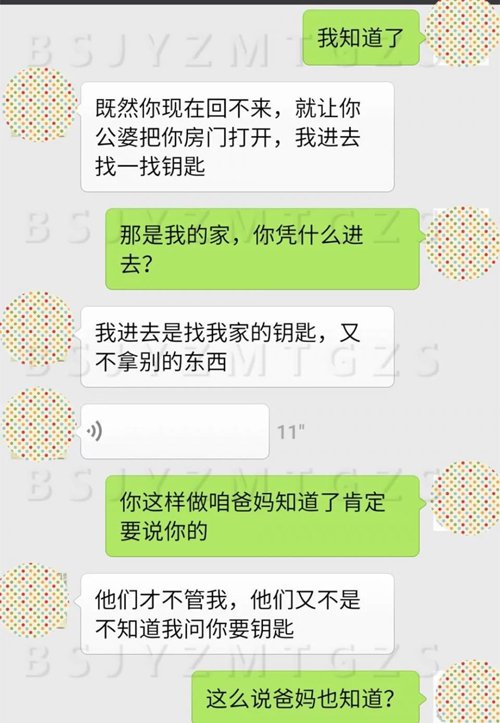 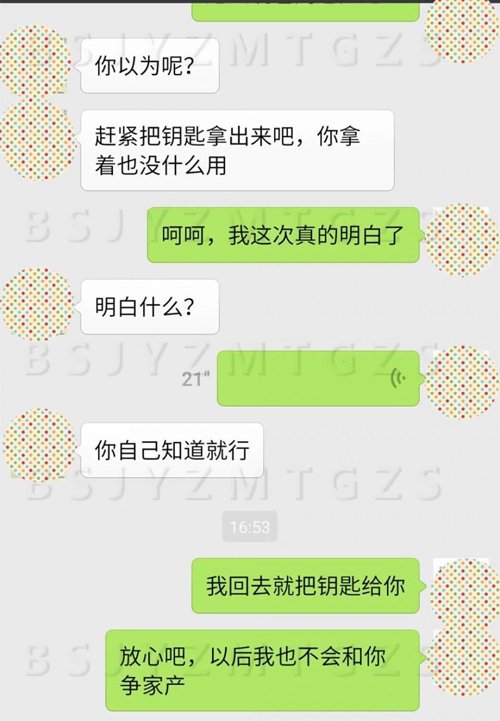 In the conversation above, the brother was pressing the sister for the house keys. He even said,

“You’re already married, why do you still need our house keys?”

“A daughter getting married is like water getting splashed out of the house. From now on, you have nothing to do with our family anymore.”

The brother also acknowledged that their parents were aware of him asking for the keys back, and they didn’t stop him. Looks like she’s not welcomed by her family anymore. 🙁

Qing Qing was devastated after learning the truth. She said,

“You are my blood brother. The reason why you don’t want me home is because you’re afraid I might split our parents’ property with you in the future. Don’t worry about that, you just focus on being a good son.”

“It’s okay that you don’t love me, I still have my husband!”

She shared the story in a post that went viral on social media and netizens criticised the bride’s family for casting her out right after her wedding. Clearly the saying, “blood is thicker than water” does not apply in this case.

Anyway, we’re glad to know that Qing Qing’s husband treasures her more than ever after that, and that she has seen the true colours of her brother! 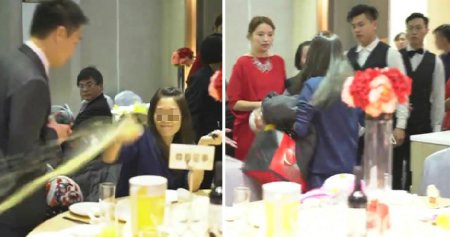