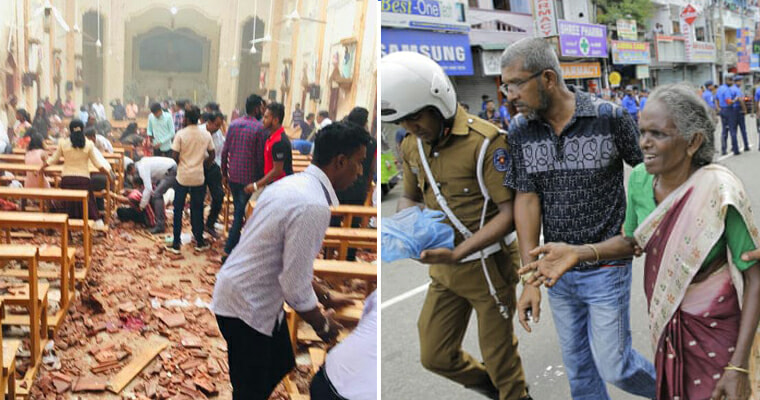 This was supposed to be a holy day for Christians celebrating Easter, but it turned into tragedy when a series of explosions hit three churches and three hotels in Sri Lanka. Our thoughts and prayers are with those affected.

According to CNN, a series of explosions has rocked the country of Sri Lanka when coordinated bombings happened across several churches and high-end hotels today (21 April 2019).

As of right now, 156 people have been killed according to the AFP, with more than 400 injured as the local authorities are still scouring to mitigate the damage done by the attack. 35 out of the 156 killed were foreigners. No Malaysian is reported to be affected by the attacks as of this time. 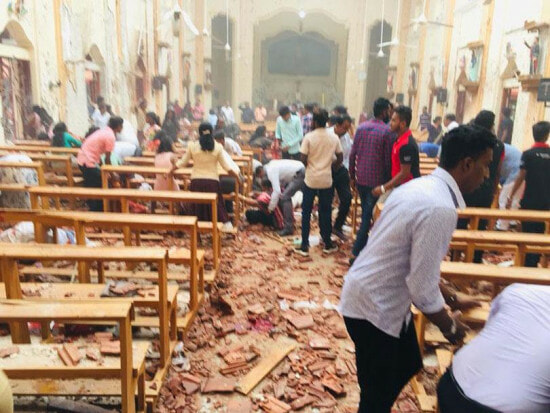 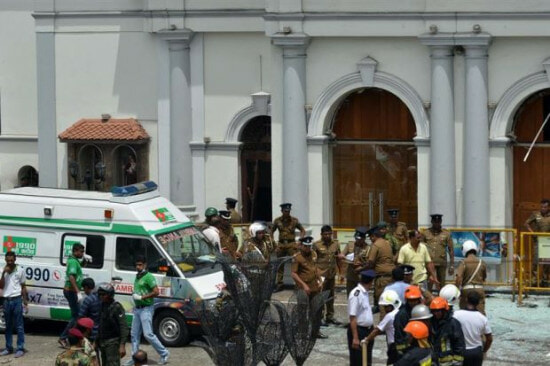 The blasts reportedly happened at churches in Kochchikade, Negombo and Batticaloa and targeted worshippers as they attended Easter services. Today is a holy day for Christians all over the world, and that seems to be the reason for the attacks, but no one has taken responsibility for the bombings as of yet.

Three hotels within Sri Lanka’s capital of Colombo – The Shangri La, Cinnamon Grand and Kingsbury Hotel – were also attacked with bombings as reported by the Guardian.

Horrible scenes. I saw many body parts strewn all over. Emergency crews are at all locations in full force. We, at 1990 also have close to 20 units at the various locations. We took multiple casualties to hospital. Hopefully saved many lives.

He also confirmed that the heads of Sri Lankan Army, Navy and Air Force have convened for an emergency meeting with Sri Lankan Prime Minister Ranil Wickremesinghe and other ministers in the cabinet.

Meanwhile, the President of Sri Lanka, Maithripala Sirisena subsequently released a statement address to the nation saying that he strongly condemns the cowardly attack on the Sri Lankan people today.

He further urges the Sri Lankan people to remain united and strong and to avoid propagating false reports and speculation. Sirisena reassures that his government is taking immediate steps to contain the situation.

I strongly condemn the cowardly attacks on our people today. I call upon all Sri Lankans during this tragic time to remain united and strong. Please avoid propagating unverified reports and speculation. The government is taking immediate steps to contain this situation.

Multiple cowardly attacks this morning were not against any religion or ethnic group, but the whole Sri Lankan nation, bound together by friendship and brotherhood. In this difficult time, let us stand stronger to wipe out these heinous forces from our country, whoever they are. pic.twitter.com/n31N5GVTbG

Update: A seventh and eight explosion was confirmed to have occurred at a hotel in front of the Dehiwala Zoo in Dehiwala-Mount Lavinia nearby Colombo as well as at a house in Mahawila Gardens, Dematagoda, where a fire was also reported.

Sri Lanka Defence Minister, Ruwan Wijewardene announced that stern action will be taken to stop the activity of all extremist groups in the country.

Minister @RWijewardene addressing the press just now says action will be taken to stop activity of all extremist groups in the country. Social media temporary banned. 12 hour curfew from 6pm. The Dehiwela n Dematagoda blasts seem to be by those in the ring running from the law.

Meanwhile, Sri Lankan President has announced that the country will impose an island-wide curfew starting Sunday from 6pm local time finishing at 6am local time on Monday morning, as reported by CNN.

We will further update you with any developments on this tragic event. Our thoughts and prayers are with you, Sri Lanka! 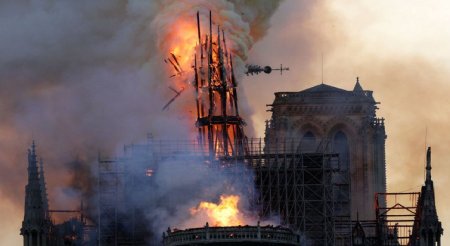