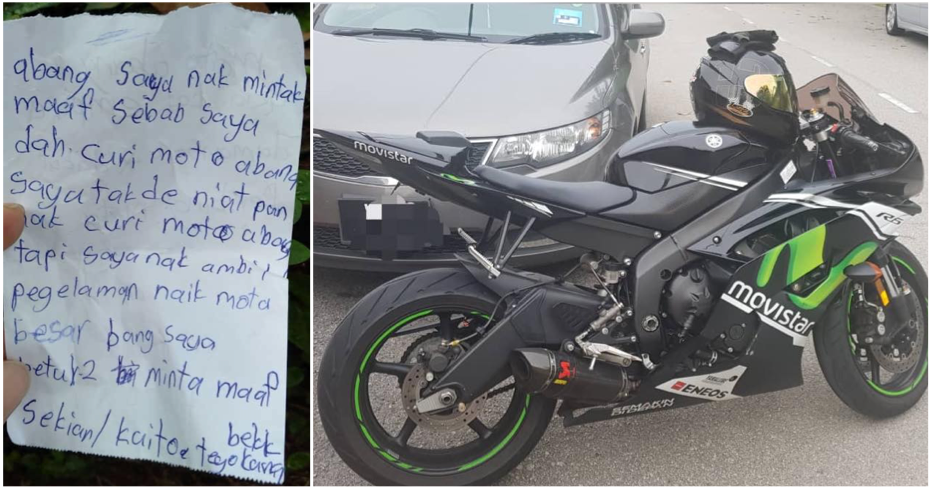 On Monday (5 Nov), an owner of a Yamaha R6 motorbike posted a status which has gone viral, asking for his friends and the community to help him search for his beloved motorbike that was stolen in his housing area in Damansara.

Here’s another post about the missing bike that was shared by the brother of the owner.

As reported by NST, the owner, Mohd Khairul, realised that his bike had gone missing when he was about to go to work.

“Other than the bike, my car was also broken into and the thief ran off with a few valuables such as sunglasses and SmartTag. I suspect the thief found the spare key to my motorbike and took advantage of it.”

However, within 24 hours, he found two notes, possibly left by the thief, on the window of his car that the thief had broken into earlier. 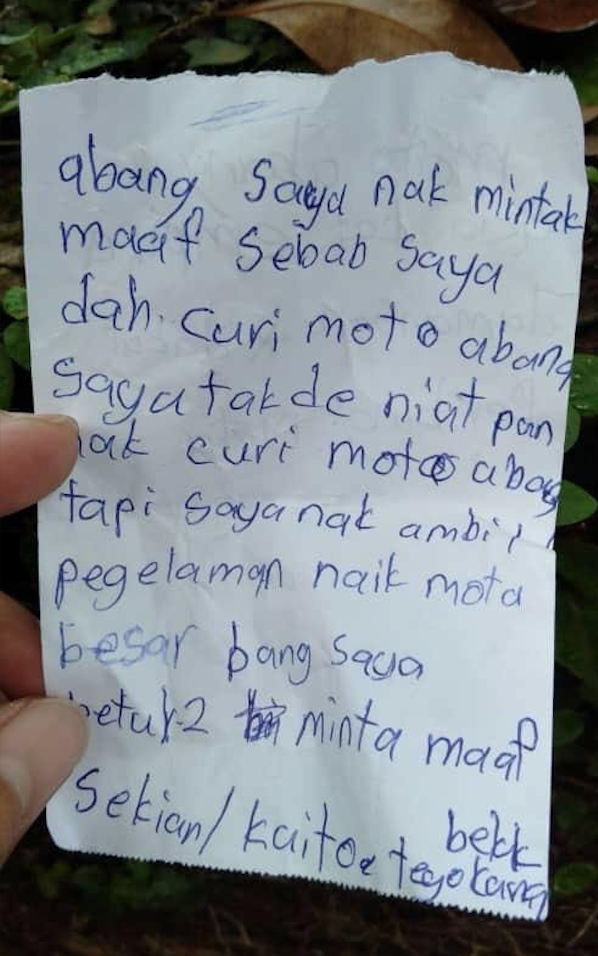 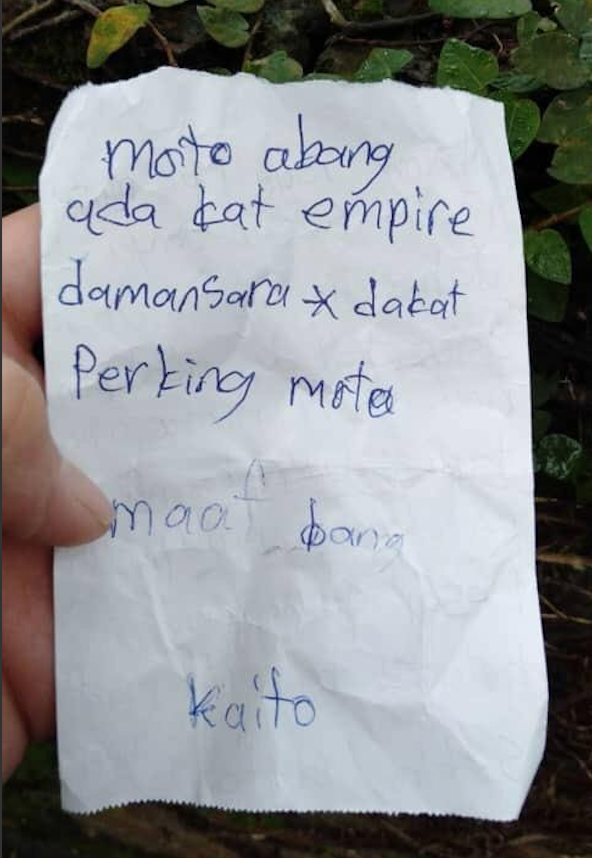 The thief, who called himself Kaito, stated in the note,

“Bro, I want to apologise for stealing your motorbike. I did not mean to steal it. I just wanted to experience riding a big bike. I am really sorry. Regards, Kaito.”

In the note, the thief also revealed that he had parked the bike at the motorcycle parking lot in Empire Damansara.

Mohd Khairul told NST that he was grateful to have found his beloved motorbike safe and sound. He elaborated,

“I love that bike and I bought it because I’ve been a superbike enthusiast since I was little. So when it went missing, I was devastated. I didn’t use it for race or whatnot, but more because of hobby.”

Khairul also said that he had forgiven the thief but a crime has been committed and he hopes the police will arrest the thief soon so that others would not fall victim to the same crime.

Petaling Jaya police chief Assistant Commissioner Mohd Zani Che Din has confirmed that investigation is ongoing based on the police report made by the owner.

Hopefully, the thief has learnt his lesson and would turn himself in.

Let’s all take this as a lesson to be extra careful and remember to remove any valuables from your car to avoid more complicated incidents like this! 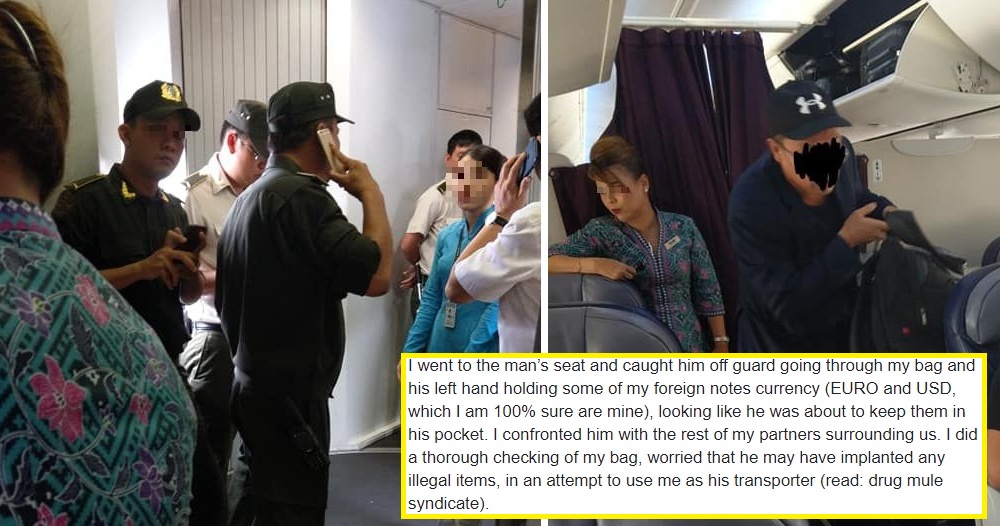