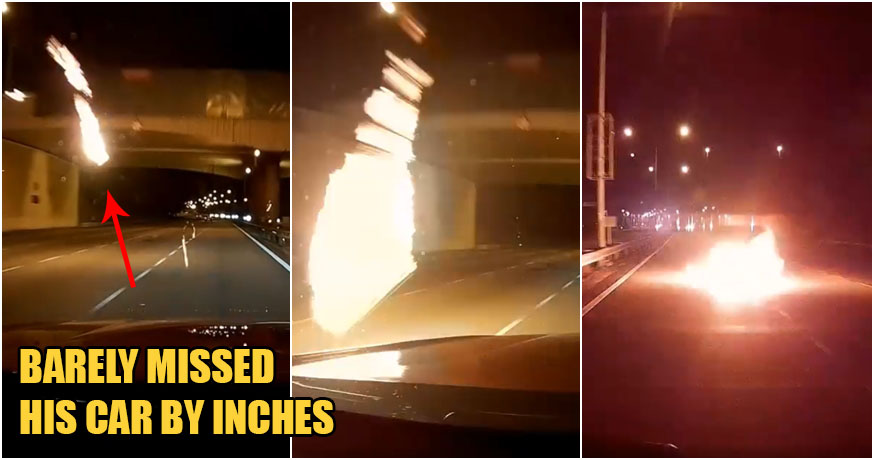 As if things weren’t already bad enough as it is now, with everyone trying to cautiously return to their normal lives after two months of Movement Control Order, some miscreants are now apparently out again in full force, trying to cause damage to public property or scare innocent people with their antics.

In an incident that was captured on camera recently, a netizen who was driving along the Cheras-Kajang Highway on 9th May 2020 had his journey abruptly interrupted by something that nobody could have seen coming.

Just as his car was driving under an overpass, someone from up above could be seen throwing a visibly lit motolov cocktail down towards his car.

The flaming molotov cocktail barely missed the netizen’s car by a few inches as he sped away from it, and dashcam footage shows how the contents of the molotov cocktail were spilled across the road, causing a small fire.

However, according to China Press, Assistant Director of the Kajang Police District did not receive any relevant reports of the incident.

If you live around the area and tend to use this stretch of road, it’s probably a good idea to avoid driving there too late! And as always, be aware of your surroundings!

Also read: Skeleton Found in Highway Drain Revealed To Be Melaka Man Who Never Made It Home 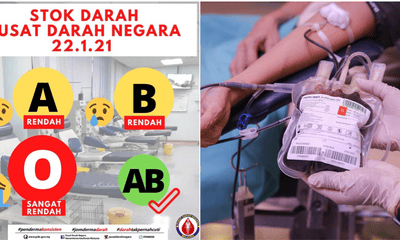