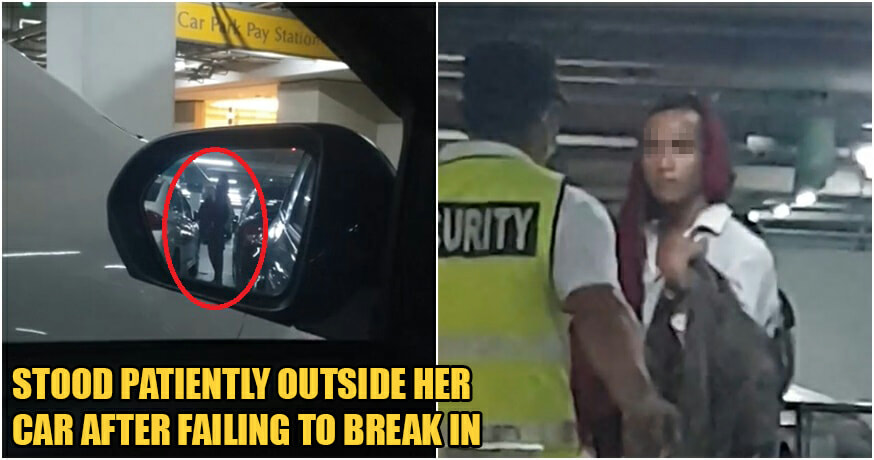 While driving alone may be something we take for granted pretty often, it is probably a good idea that we make a habit of being aware of our surroundings at all times when we get into our cars at parking basements. Just recently, netizen May Qi has called for female drivers to be more careful after experiencing the terrifying moment when a stranger had tried to force her car door open.

In her Facebook post that was uploaded just yesterday (7th August 2020), Ms Qi describes how after having gotten into her car at a local mall here in the Kuala Lumpur area, a strange man who had his face completely covered with a sweater approached her car. In less than two minutes, he had struck her side mirrors and proceeded to try and force her passenger side door open.

“I don’t know why this man tried to force my car door open. He even concealed his face with a cloth.” she said in her video.

Thankfully, Ms Qi had kept her car locked the very moment she boarded and managed to deter the man’s efforts from trying to break into her vehicle. Filming him on camera, she caught the man standing right next to her car after his failed attempts to break in despite her sounding her horn continuously.

The man only took off after security guards approached her vehicle. Even then, he was seen calmly walking away as though nothing had happened.

Fearing for what would have happened had her car been unlocked, Ms Qi took to reminding all drivers, especially single women, to ensure that they keep their doors locked immediately after getting in. Apparently according to her, this isn’t the first time that a similar incident had been reported in the mall, but she had never thought that it would happen to her.

We have reached out to Ms Qi for a comment.

We’re thankful that nothing bad had transpired as a result of Ms May Qi’s experience. Echoing her advice, please always lock your doors the moment you get into your car and always be aware of your surroundings. You can never be too safe.