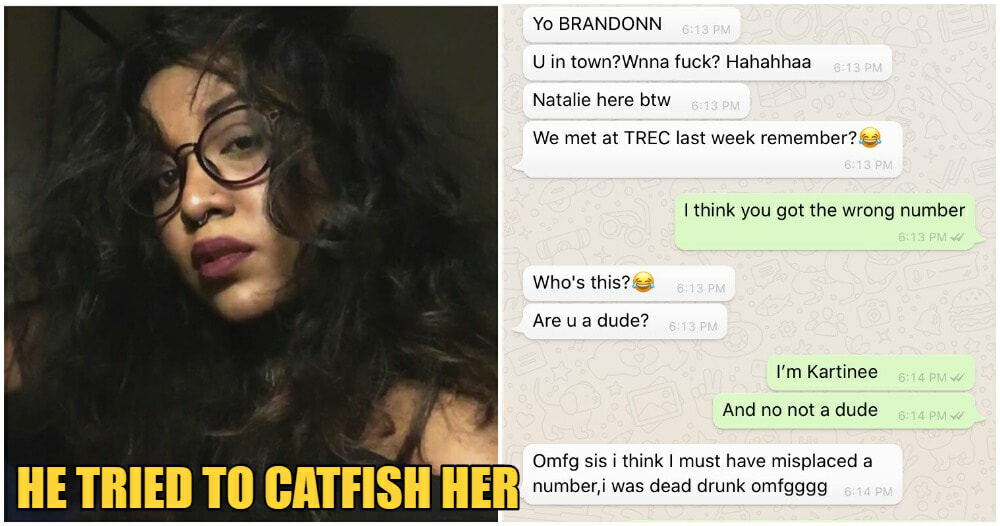 We’ve all received texts from unknown numbers and normally, we just brush it off. However, this woman, Kartinee (@martineekag), on Twitter delved a little more into a strange text she received and may have found a very, elaborate plan used by a catfish for many years now. 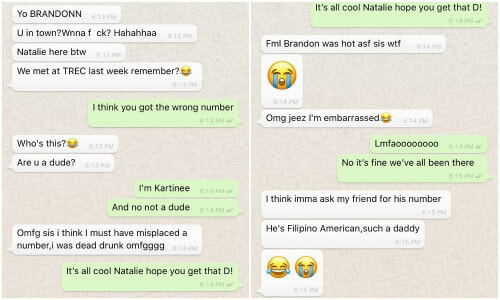 It all started when Kartinee received Whatsapp messages from a woman called Natalie who was looking for a man named Brandon. It seemed like an innocent mistake, but once she talked to the person more, they egged her on to send nude pictures of herself to them. 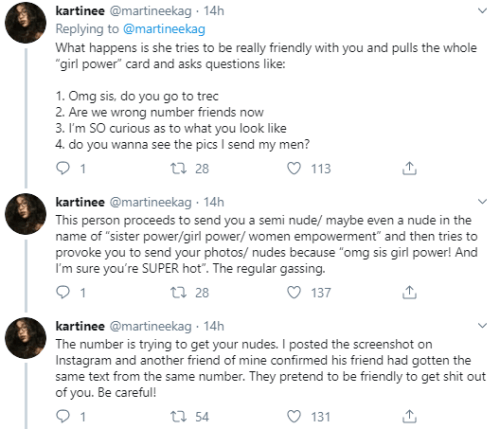 Kartinee’s friend then told her that his friend received SAME texts from the SAME EXACT number. However, after asking a friend to check on the identity of the phone number, the information they discovered did not match up and there was in fact no “Natalie”. 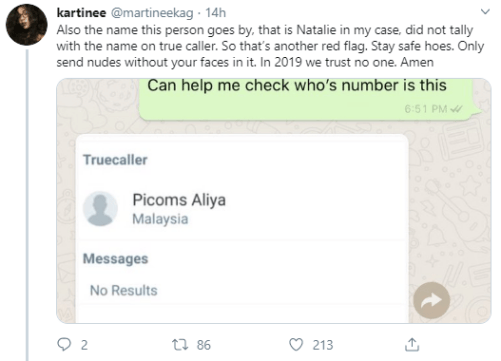 A Twitter follower, Justina, then reached out to Kartinee and said that she got the same texts, but this time, from a “Kristy”. PLOT THICKENING WARNING. 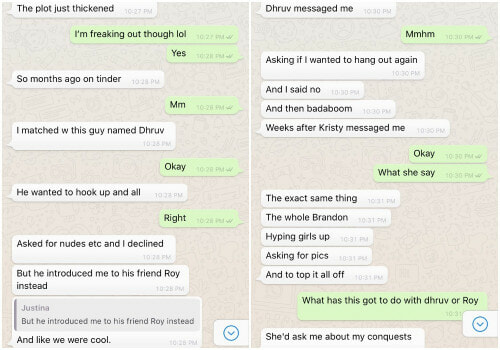 Justina connected the dots and both of them found out that they had 1 common Tinder match named Josh Samuel Dhruv, as this match was always asking for nudes and hookups, and both of them had ignored him. This Josh person then introduced Justina to a friend named “Roy”. Weeks after, she received messages from the “Kristy” girl, who told her what an amazing hookup Roy was. Can you see how all of them are starting to point to this person called “Roy”? 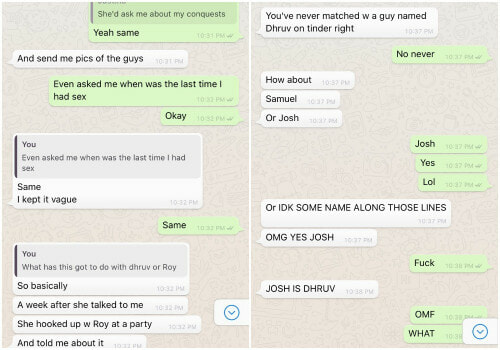 So, Kartinee went to confront Josh about it, and he admitted to the catfish and said:

“I just wanted dinner with you… I’m sorry, I’ll do whatever you want.” 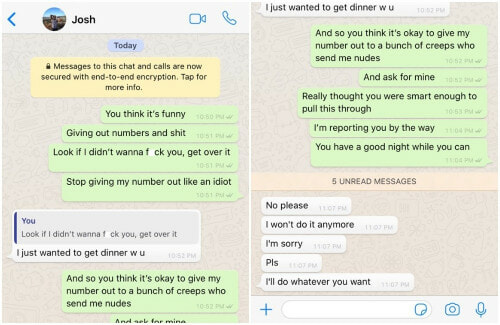 However, Josh blocked her after their conversation, and Kartinee was very sceptical about this person because no one had ever seen Josh before – but they had all been redirected to “Roy”. And a few of them have even gone out on dates with “Roy”!

Kartinee and Justina then confronted “Roy” about it, and he basically said Josh was a psycho. He also said that he knew both Josh and Kristy personally – however, no one who shared their experiences with Kartinee had ever met them both, and they had always referred their own matches back to “Roy”. 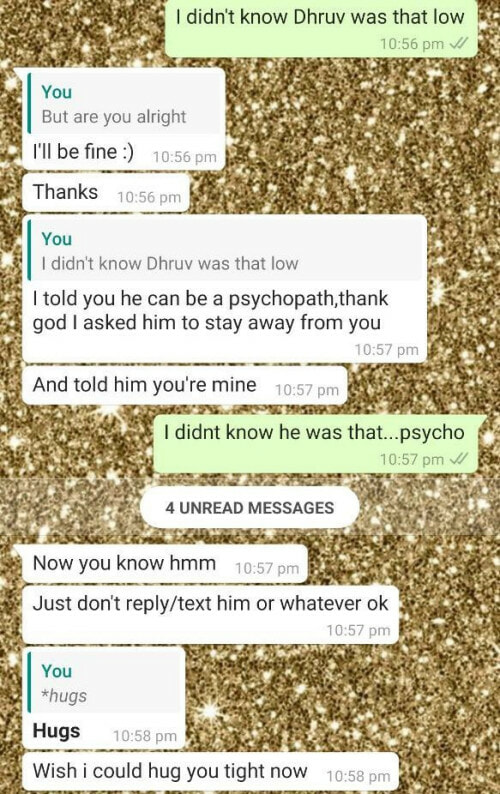 The whole saga keeps coming back to this “Roy” person, and it turns out that the name “Roy” isn’t even real. The person who was behind it all, allegedly, is a man named Yuvan. Kartinee’s followers have shared their own experiences, which extend all the way back to 2017. So this same man has probably been using the exact same catfish for more than 2 years! 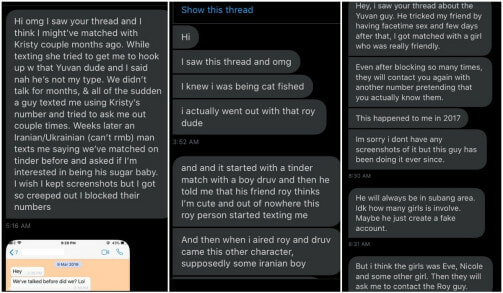 TL;DR- Woman received messages asking for nudes, posts it online, people shared their experiences. The dots all connected and pointed to a common Tinder match named Josh. Josh is probably not real and is an account controlled by Roy. Roy is just a fake name and his alleged real name is actually Yuvan. Natalie, Josh, Kristy are all Yuvan.

People, remember to always stay vigilant when you are dating online as you don’t know who might be behind the screen!

Also read: Woman Has Sexual Relations With Colleague & Wants Him to Divorce His Wife But That’s Not All