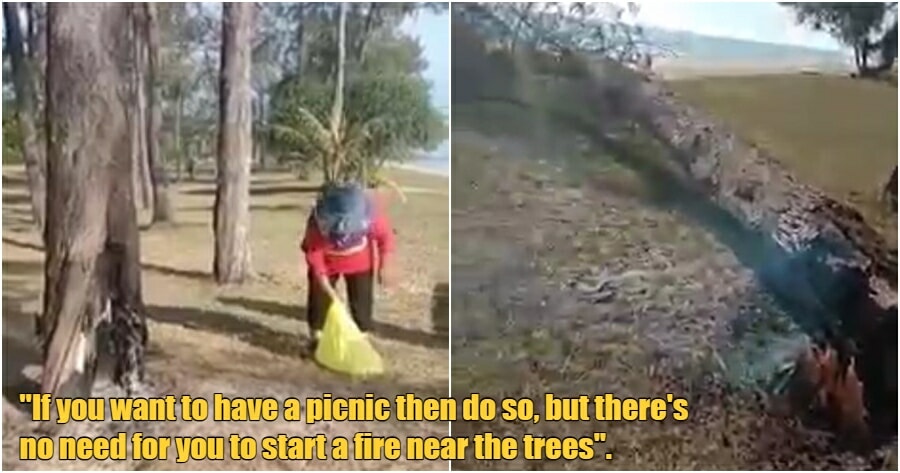 Since the lifting of Covid restrictions, people are taking this opportunity to enjoy the taste of freedom after being stuck in their own homes for nearly a year.

While many Malaysians start travelling interstate and exploring more of what our country has to offer, some ignorant citizens have not been kind to mother nature. Just a few weeks ago, WORLD OF BUZZ reported about rubbish being littered by ignorant citizens at the Sungai Pisang Waterfall. In fact, the number of people who are not playing their part in keeping these attractions clean and safe is truly appalling.

Recently, a video went viral on Facebook of a woman nearly getting herself trampled by a tree that was burnt, allegedly caused by a fire from barbequing at Pantai Sepat, Kuantan. 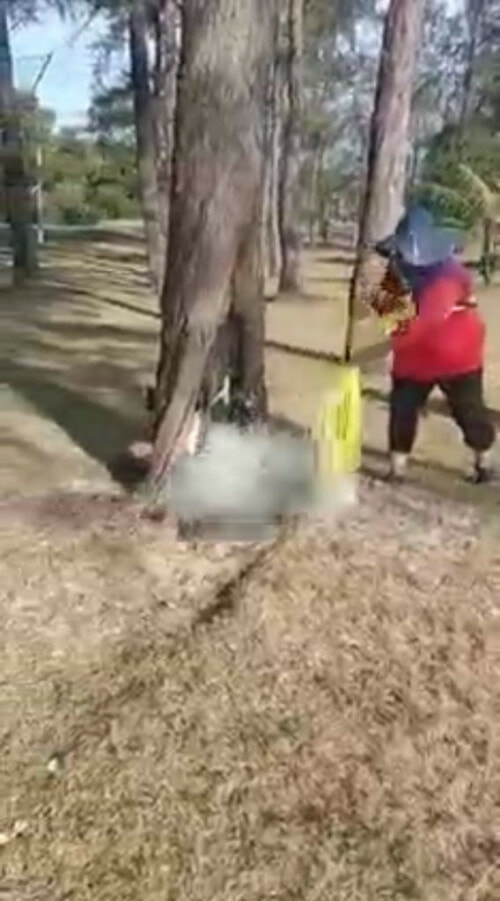 In the video, two women cleaners can be seen trying to put off the fire by splashing water at the tree bark.

The person recording the video expressed her frustration towards the irresponsible act caused by urging the public to never start a fire near trees.

“If you want to have a picnic then do so, but there’s no need for you to start a fire near the trees.”

Things later took a rough turn when suddenly the tree made its way down to the ground. Left in shock, the women were relieved to get another chance in life and were grateful that they were safe from getting trampled by the fallen tree.

Netizens express their disappointment and frustrations

Netizens took to Facebook to express their fuming anger towards the incident that occurred due to irresponsible individuals.

Angry and displeased, a whopping 4.4k Facebook users shared and 315 users commented on the post that was shared by Din Aircond.

According to one user, this is not the first time a tree has been burnt like this. There were plenty of other burnt trees caused by these irresponsible people who visited Pantai Sepat.

She continues to describe these people as ‘brainless‘ and that they should be punished for their selfish doings.

“When no one is allowed to go to the beach…they go…but when they get permission to go…they burn a tree…not to mention all the trash.”

Few users suggest installing CCTV’s around hot spots like this, making it easier for the authorities to detect the perpetrators.

“When you get confined at home for too long, people can even leave their brain when they head out,” said one user. 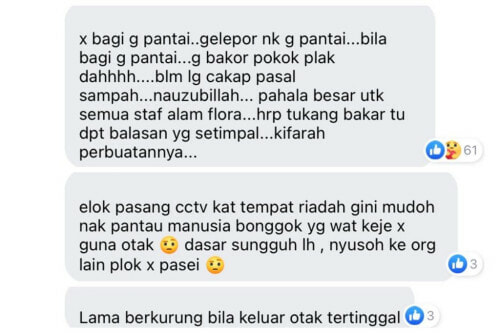 Another user shared the post in a Facebook group, Family Camping Malaysia while expressing how furious she is while advising people to take note of what happened in the video.

“Imagine if your kids were playing in that area and it happened to happen during the time.” 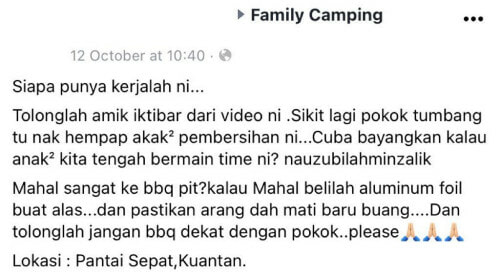 To watch the full video of this incident, you can check out Din Aircond’s Facebook post here.

We hope people will do their part and be responsible for taking care of our surroundings. 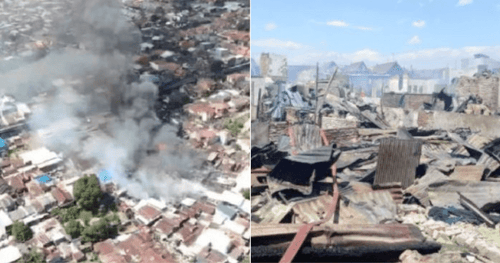