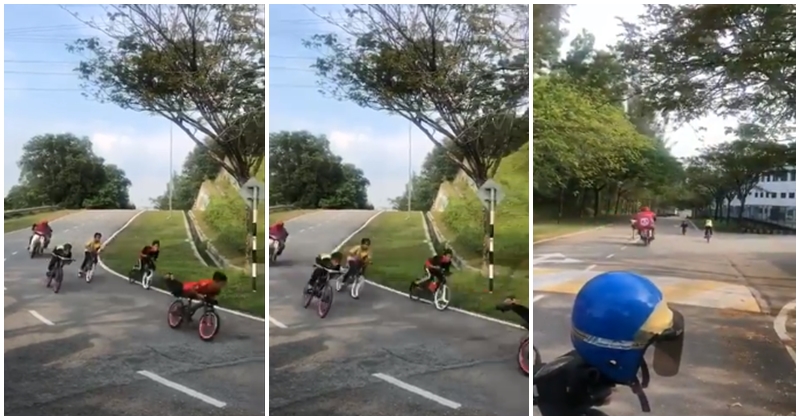 Love them or hate them ‘Basikal Lajak’ kids are here to stay.

The fad which has seen much negativity in recent times should see a different approach to handling the issue.

No, we are not saying that it is okay for these kids to ‘tear up’ the highways with their bicycle antics. But we should teach them that there are safer ways to ride, say with adult supervision.

Thankfully, a Foodpanda rider took it upon himself to provide that grown-up guidance by engaging in a race with the kids!

The video, which was shared by @raidaimannn, witnessed a Foodpanda rider engaging in a 201m drag race in a remote area nearby Bandar Baru Bangi.

Though it is still no excuse for them to use public roads in such a way, at least they hopefully exercised some restraint, especially with an adult present.

One netizen commenting on the tweet spoke of how, as adults, it is our responsibility to instil an emphasis on safety among the kids. 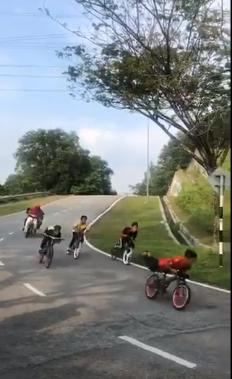 “Looking at this in a positive light, maybe with the right guidance, these kids can exercise caution soon. an invite to ride safely.”

We do agree that such an activity is dangerous. But we also believe that should these kids be given the right guidance, we might just uncover a hidden talent that can make us all proud in the future.

Also read: Kedah Kids and Teens in ‘Basikal Lajak’ Gang Get Caught In A Raid, Now In Police Custody 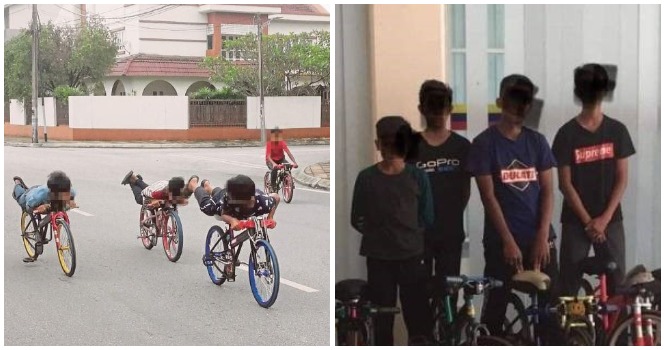