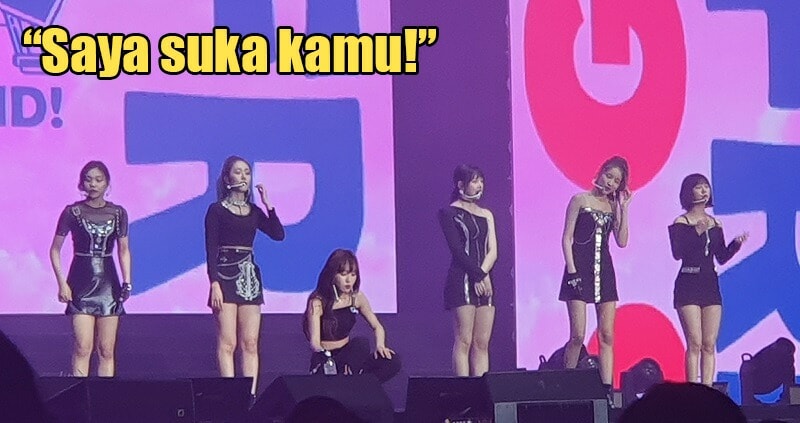 Fans of GFRIEND were treated to a three-hour long concert known as GO GO GFRIEND! on Saturday (June 29) when the six-member girl group consisting of Sowon, Yerin, Eunha, Yuju, SinB, and Umji arrived in Kuala Lumpur for their first ever concert at Stadium Malawati. Post-concert blues, anyone?

During the concert, they sang 25 songs and opened with their hit single, “Me Gustas Tu” to much fanfare. This song propelled them to stardom, as it achieved 100 million streams on the Gaon chart in 2016 and they were the first girl group to do so. 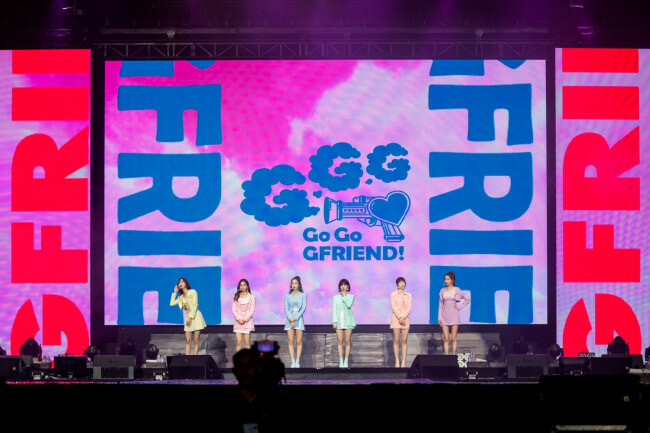 This was followed by “Life is A Party” and “Vacation” which had their fans going crazy. What delighted their fans, adoringly referred to as Buddy was the fact that GFRIEND had taken the time to learn some Bahasa Malaysia. They showed this during their concert, by shouting various phrases which had the fans cheering like mad.

That’s not all, during “Me Gustas Tu,” they also improvised on the lyrics by using Bahasa Malaysia. The original lyrics were supposed to be “jo-a haeyo” (meaning I like you) but they changed it to “suka kamu” which any Malaysian would know translates to be the same thing. 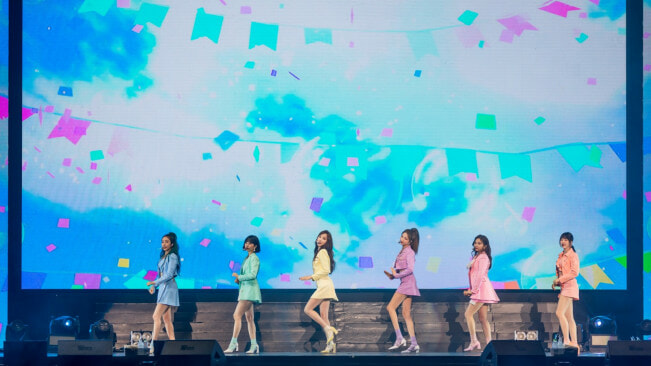 They also told their fans, “Saya rindu kamu” (translated to I miss you) and explained that they didn’t mind taking a seven-hour flight over to Kuala Lumpur as they were so excited for the concert and to see their Buddies. After singing their sixth song, “Love is in the Air” and going for an outfit change, they came back and interacted with their fans a bit more by saying, “Baby Sayang” and “Saya suka kamu” (I like you). So sweet of them!

In a statement to WORLD OF BUZZ, it was reported that over 4,300 Buddies filled the stadium to see their favourite girl group in action and GFRIEND was noticeably touched by that. At the end of their concert, they said, “Terima kasih” (Thank you) to their fans for their support. GFRIEND added that they may be speaking different languages but they were very grateful to their fans for the love and were so touched by their enthusiasm they didn’t want to go back to South Korea. 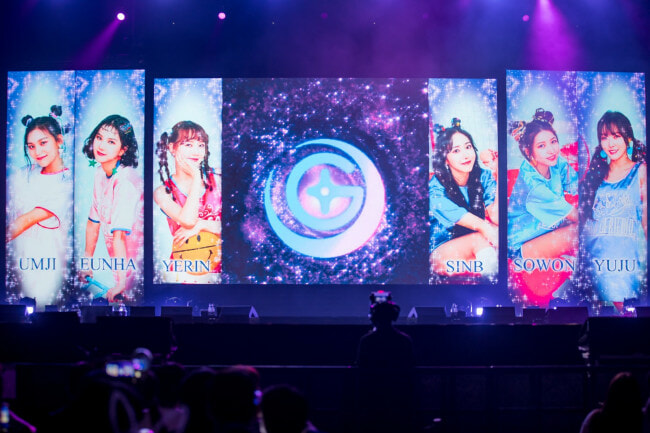 Some of the other songs they performed at their amazing concert include: 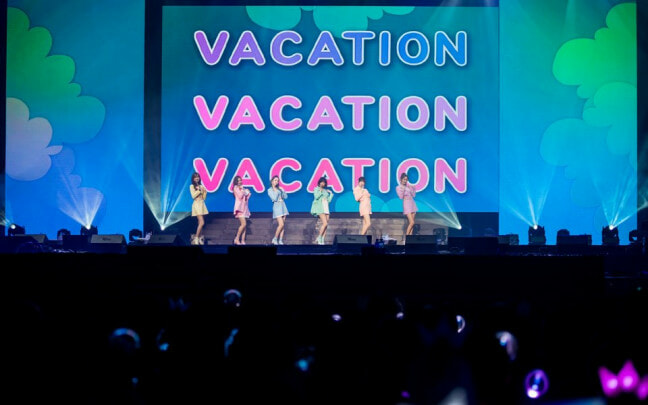 GFRIEND is definitely well on their way to cementing their stardom in the K-pop industry, by winning twenty-nine times on South Korean music shows in 2016, thus becoming the girl group with the most wins gained within a year. No wonder they were so awesome on Saturday night!

The organiser, MacpiePro has told WORLD OF BUZZ that they are looking forward to organising more amazing concerts for Malaysians in 2019 and GFRIEND is just one of them. Executive Director of Macpie Berhad, Mr. Sean Ng explains that MacpiePro has an ambitious Crazy 20 plan and was proud to have GFRIEND as part of their concert line-up.

“Driven by the group’s ambitions and determination, we aim to organise a total of 20 concerts in 2019 with the investment amounting to RM20million. We will not only be bringing in international and local acts, but also more exciting live events like family shows and fans meetings”, said Ng, whose company expects to generate an estimated revenue of RM28 million by the end of the year.

Ng added that the company strives to be one of the top three local promoters in the near future. By having their own equipment solutions, they will be able to run events more effectively, and will allow them to enhance their business ecosystem here in Malaysia. Ultimately, this also benefits concert attendees as they will have access to more affordable tickets. Yay, cheap tickets!

You can watch part of their concert here:

We can’t wait for the next time GFRIEND would be coming back for another unforgettable concert! Their new mini-album is out too, are you going to buy it?

Also read: GFRIEND Is Making a Comeback on July 1 By Releasing a Mini-Album & Fans Are Super Excited! 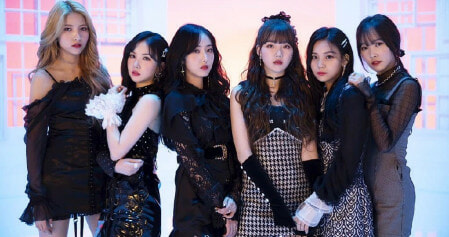