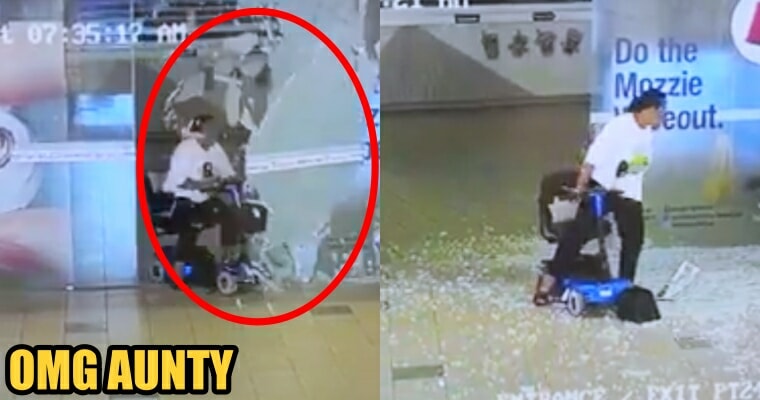 When we see people using Personal Mobility Aids (PMA), we often assume that these people cannot even walk. After seeing this video, we now think otherwise.

This morning (1 June), a video uploaded onto Facebook by SBS Transit Ltd showed an aunty riding a PMA device and ramming it into a glass sliding door, shattering it into tiny shards.

From the video, the aunty crashed into the glass sliding door before it was able to open fully. It was seen that her device was moving a little too quickly. In Singapore, PMAs have a speed limit of 10km/h on footpaths and 25km/h on shared paths. 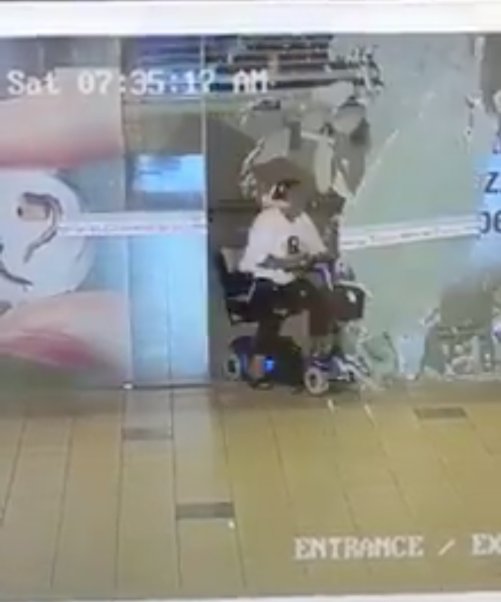 She then stood up immediately from her device to push it away from the glass shards as she inspected the condition of her ride. Seems like she has no problem getting off her device, huh?

A beeping alarm can be heard, but it was uncertain if it came from the glass doors or her device.

She then looked around to see if anyone saw her, which people did, based on the reflections on the glass pane. She then drove away quickly, in fear of being noticed by others.

So far, there are still no updates about this aunty from SBS Transit Ltd.

Netizens were trolling and leaving comments saying the aunty was able to walk again all thanks to the broken glass door. 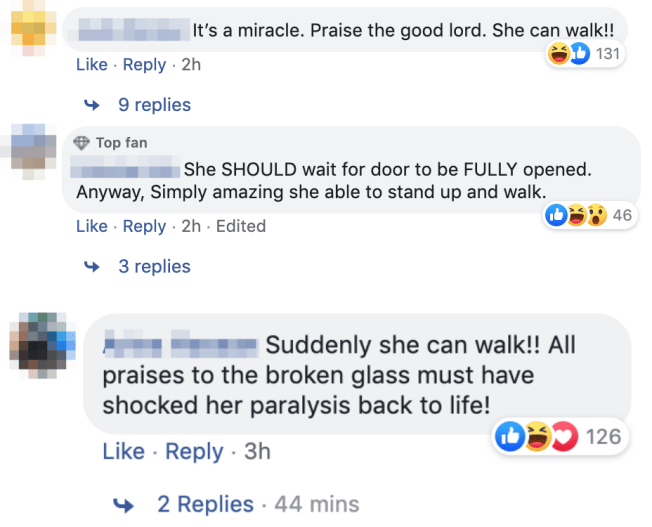 However, it should be noted that physical disability, just like mental disability, exists on a spectrum. She might have been able to walk for that short period, but probably not for long distances.

Still, it was irresponsible of the aunty to hit and run. When things like this happen to you (touch wood), don’t just run away, be a responsible civilian and make up for the damages you caused! 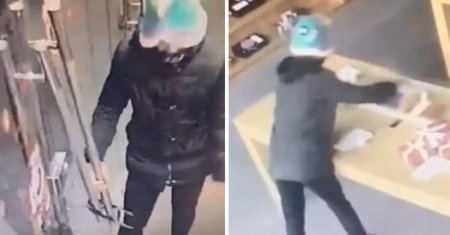