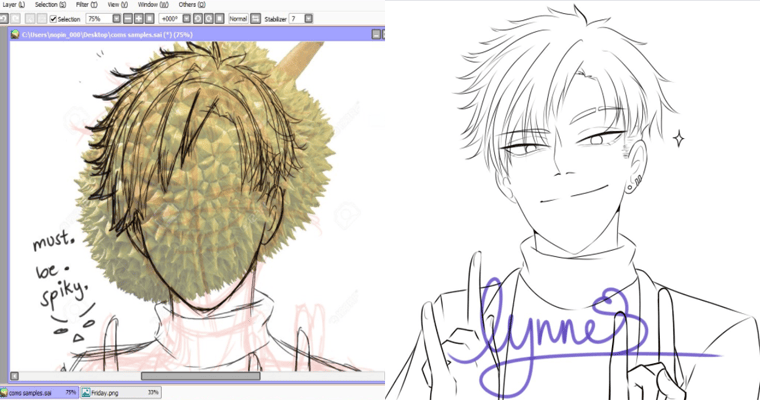 If you are an artist or designer, then you can probably relate to the struggle of not being able to draw something you have pictured in your mind.

But lucky for many artists, digital art is a thing now and you can easily use anything you want for reference, in this case, a durian.

Lynne from the Philippines shared on Twitter on how she used a durian as a reference to draw a character’s spiky hair using PaintTool SAI, a graphic art editor.

i cant do spiky hair so i used durian for reference pic.twitter.com/sosilNC2vU

The tweet has received more than 63k likes and 17.9k retweets at the time of writing. In the tweet, Lynne says that she can’t draw spiky hair, so she decided to be innovative and used a picture of the durian spikes as a guide instead.

Many commented that it is an amusing hack. Other artists who also faced trouble on drawing spiky hair thanked Lynne on the “solution”. Modern problems require modern solutions!

Look at the result of the durian hair! 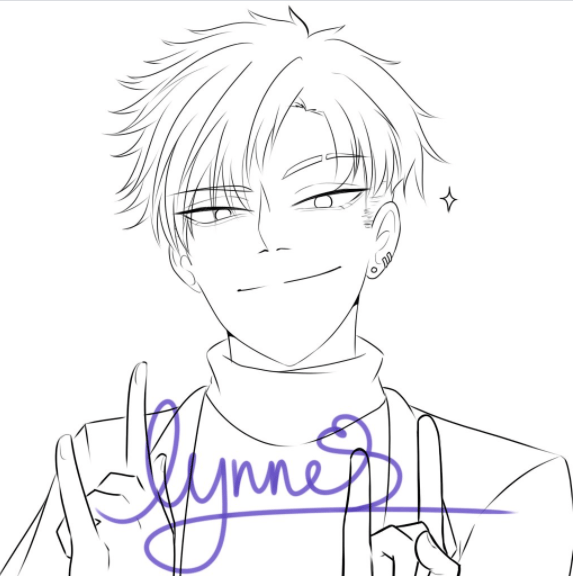 Lynne randomly thought of the idea of using durian as a reference. “For the durian, it was really just random, but I do plan to use other fruits as references in the future,” she said.

Sharing with WORLD OF BUZZ, Lynne told us that she is actually a medical student who draws in her free time for fun. Lynne mostly draws characters of her own, and she does fanart as well. She used to draw comics when she was younger but not anymore as she has other commitments.

When asked if she wants to pursue her career as an artist, Lynne said:

“If I was given the chance to pursue my dream to be an artist, then why not?” 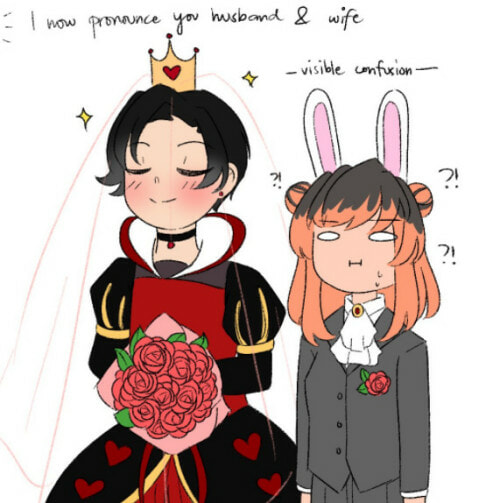 Guess we can officially say that the king of fruits also serves as an efficient drawing aid now.

Will you be using this hack to draw spiky hair? Let us know in the comments.