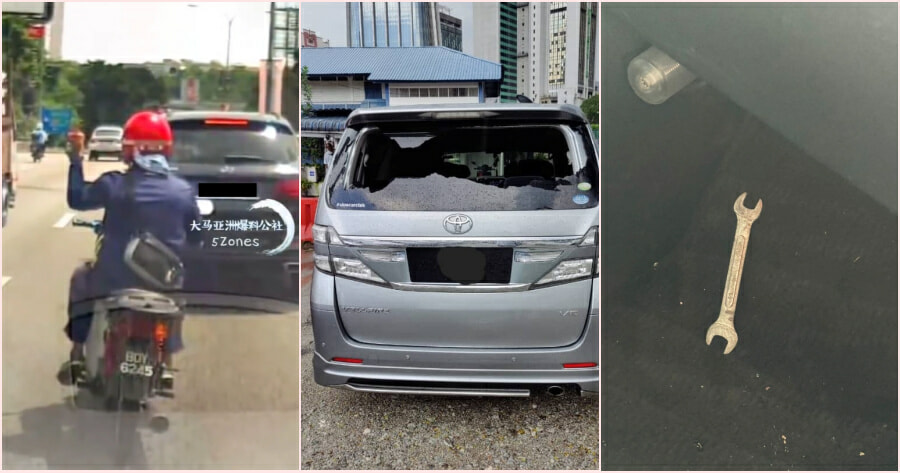 In Malaysia, road rages and arguments are common, especially when it comes to motorcyclists and those that drive cars.

Recently, a video of an incident between a motorcyclist and a driver of a Toyota Vellfire went viral on social media. 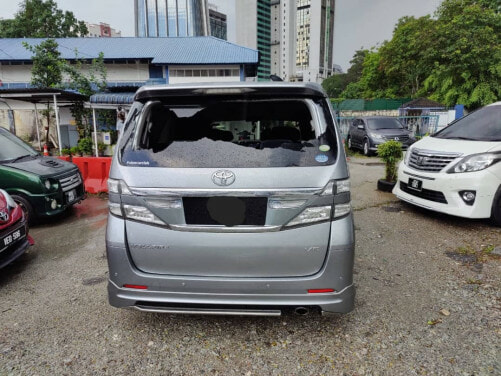 The motorcyclist then ends up going behind the Vellfire, raises up his arm and launching a spanner into the back window of the car which shattered it.

The incident happened at Jalan Kuching, Kuala Lumpur, on Monday (21 February). The driver lodged a police report around 4pm on the same day. 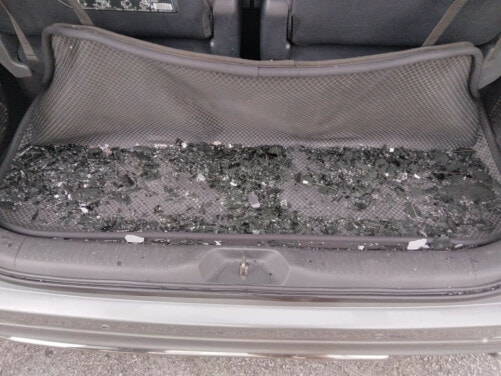 The police have arrested the perpetrator

In a statement by Sentul’s police department, the police managed to track down the suspect via his motorcycle number plate at Taman Wangsa Melawati at 3:30pm on Tuesday (22 February).

Sentul police chief Assistant Commissioner Beh Eng Lai, said that 38-year-old suspect has no criminal records and the case will be investigated under Section 427 of the Penal Code for committing mischief and damage.

Despite the police’s statement and arrest of the motorcyclist, a majority of netizens seemed to think that the driver of the Vellfire is the one at fault.

“Can’t just blame the motorcyclist, the one driving the MPV could be the one who started the issue. If not, it would be impossible for the motorcyclist to be that angry to throw a spanner,” commented one user. 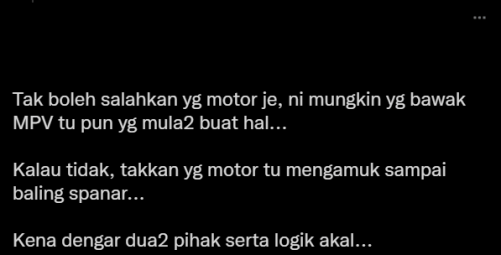 Another said, “Reminds me of the Vellfire that I saw this morning that was pushing motorcyclists out of the way. Just because you drive a big car you provoke them.”

“It’s usually those who drive cars that have the bad attitude. Motorcyclists won’t do those things if those that drive cars were to drive properly.”

Another netizen said, “Need the full video to see the whole story. Normally people won’t be that bothered to chase a car and do this unless the other person did something.”

Who is at fault? Let us know in the comments.

Also read: M’sian Gets Her Car Kicked by Annoyed Rider Who She Honked at, Sparks Debate Among Road Users 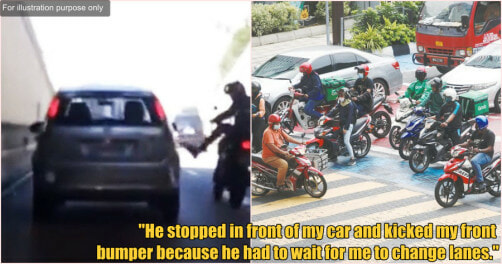