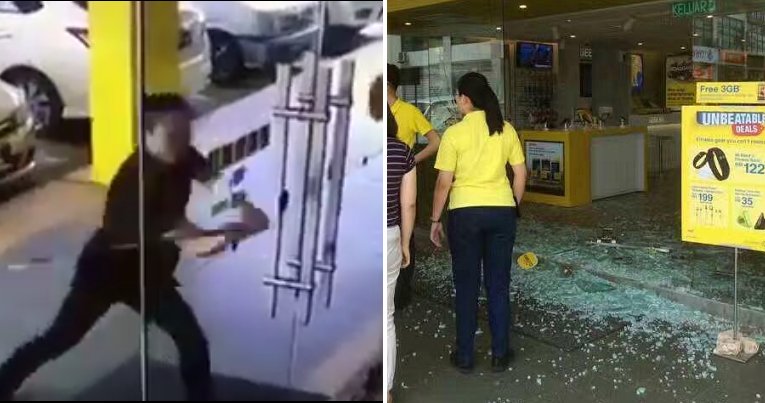 Just few hours ago, two CCTV footages have surfaced on Facebook regarding an unknown man smashing the glass panels at a Digi store in Sibu, Sarawak.

According to a Facebook page, it was said the man had gone amok because of bad internet and lousy customer service. However, BH Online mention that it due to his credit being deducted RM4 per day.

From the 26-second video, a man came towards the store armed with a golf club. Looks like this guy is no stranger to GTA man! 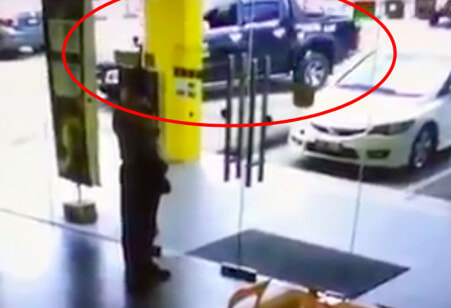 He walked straight to the store and without hesitation, he swung the golf club hard and hit the glass panel. The first blow created a hole while the second blow totally smashed the upper part of the glass panel. 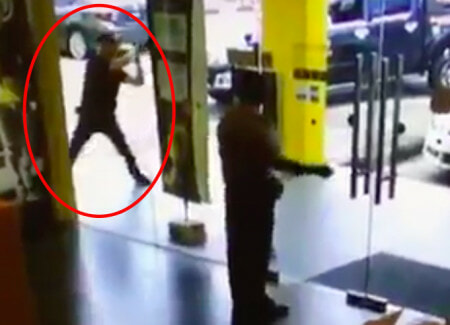 During the incident, there was a security guard standing by the door. At the first blow, the guard was shocked but did nothing to stop the angry man. When the furious golf player shifted his target to the next glass door panel, the security guard quickly ran inside the store.

This time, the man shattered the glass door panel into pieces with just one blow. Looks like he’s getting the hang of it.

Then, he shattered the subsequent glass door panel with another blow. Damn he’s a quick learner! 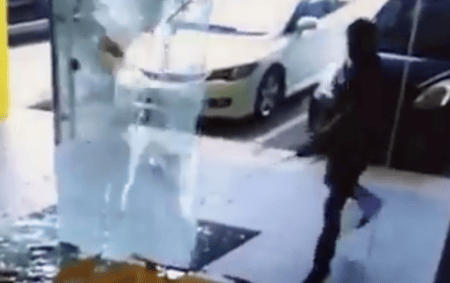 With the glass door panel out of his way, he moved into the shop with the aim to wreak havoc in the store. He almost slipped after stepping on the slippery floor littered with glass pieces, but then quickly delivered another blow to the cupboard before walking inside the store. 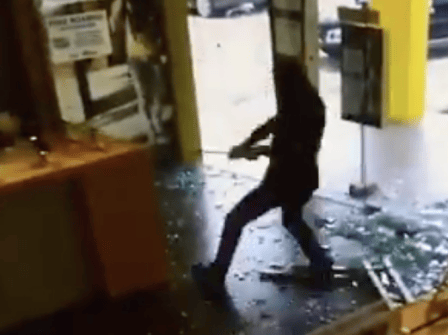 Another separate footage revealed the scene after the attack. Looks like the guy had left a hell of a mess for them to clean up. 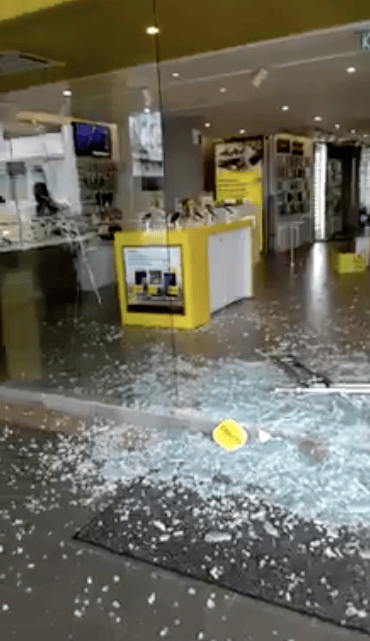 Source: we are malaysians

Netizens were taken aback by his aggressive action while others questioned the point of hiring a security guard.

Either way, violence is never the answer guys. You may be incurring a huge sum of money for damaging other people’s property!

Or maybe, he was inspired by this story:

Also read: Angry Malaysian Man Throws Eggs In Digi’s HQ, Says It Is His Only Option 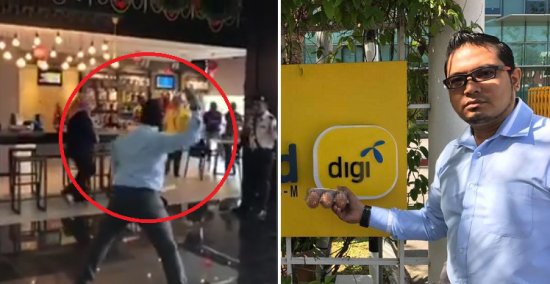