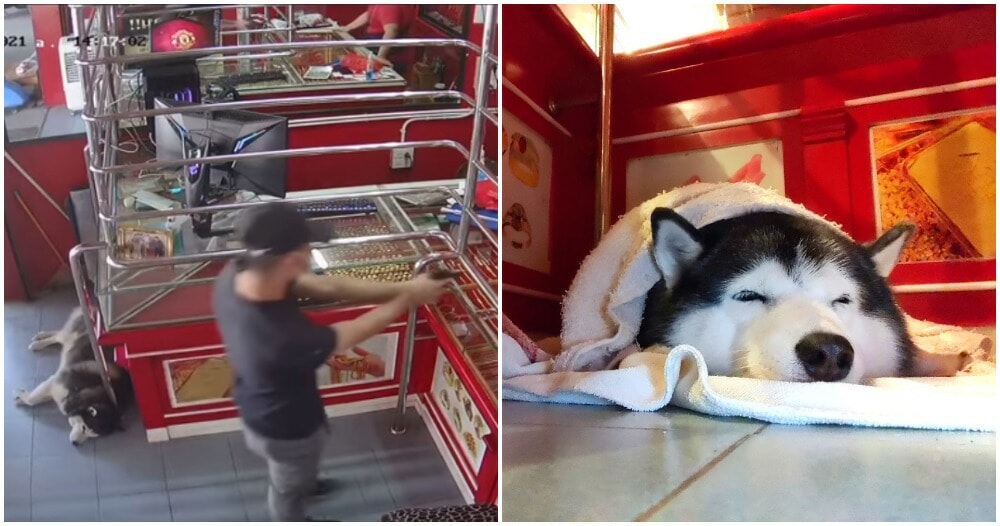 For some people, sleeping is their main priority and they definitely do not want anyone to disturb their peaceful rest.

This husky in Thailand is a firm believer of the aforementioned principle and this is exemplified through a video that had gone viral!

In the video, the little husky guard dog can be seen having her daytime nap when suddenly a “robber” came into the jewellery store with a gun. Throughout the whole 30 seconds of the “robbery”, the doggo only stirred a little in her sleep to adjust the position of her legs. Other than that, she stayed in her deep slumber.

The store also clarified that this is not a real robbery but one that is staged for a case study. The “armed robber” is actually a plainclothes policeman with a toy gun. 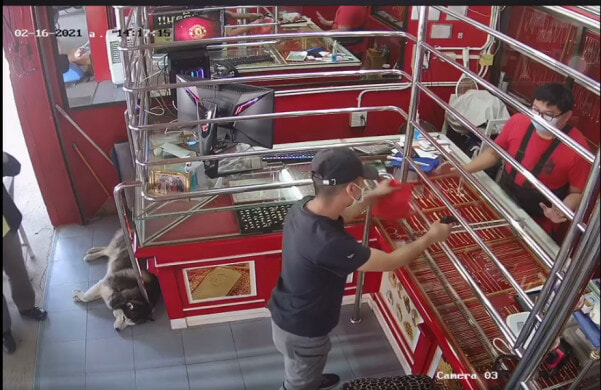 In an interview with Bored Panda, the store owner Worawut shared that the husky (whose name is Lucky) is quite familiar with the police officer who played the robber as he would patrol the area every day. Worawut believes that Lucky would not hesitate to jump into action if there was a real robbery happening.

Lucky was a stray dog before Worawut found her. She was in a bad condition at that time so, Worawut brought her to the vet and gave her the name Lucky so that she’ll live a life full of luck. 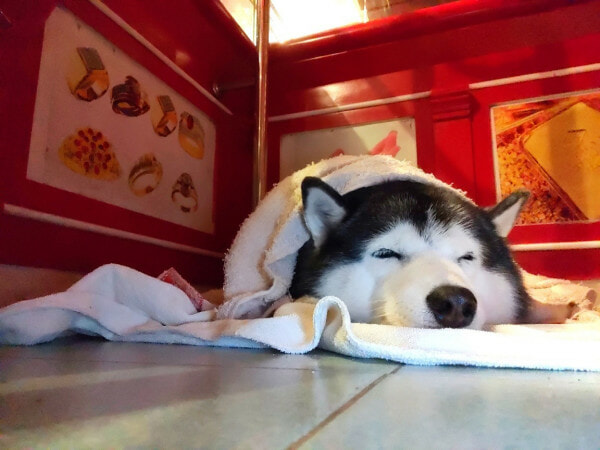 Lucky definitely looks like a very sweet doggo! We hope that she will protect Worawut when the time comes! 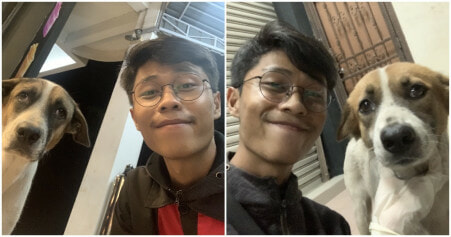