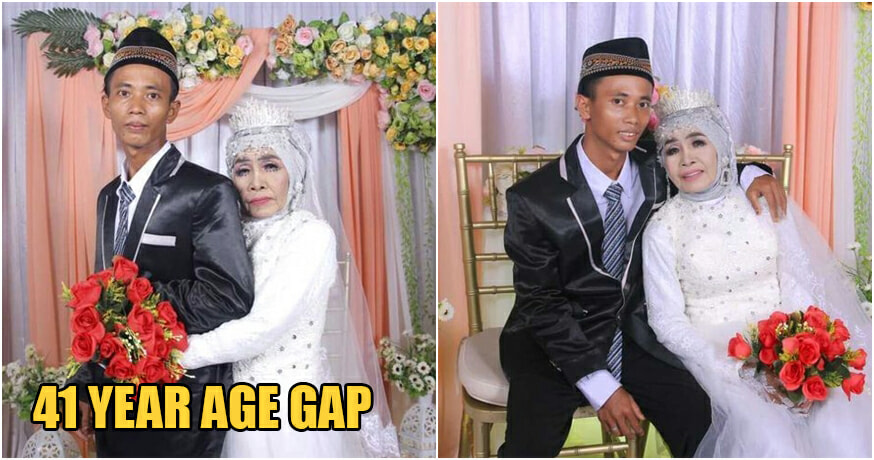 While heat-of-the-moment marriages are aplenty, to a point where most people wouldn’t even blink at the sight of it, married couples with considerably large age gaps continue to raise more than a few eyebrows. 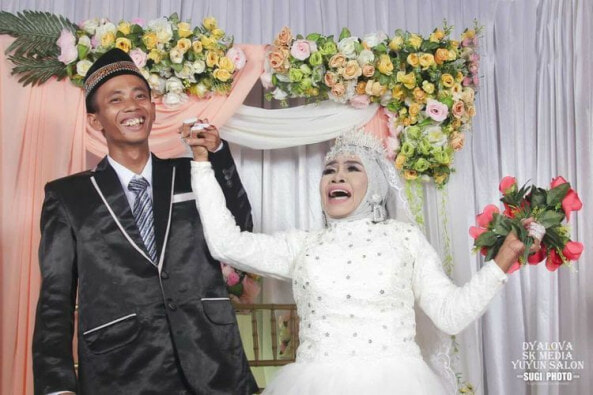 And for one couple in Indonesia, their recent union definitely caught the eye of the public. It wasn’t just the age gap that was unconventional, but how their relationship came about too. The couple’s wedding, which took place in South Sumatera, caught media attention for the fact that the bride in question is 65-years-old, while her groom is only 24-years-old. 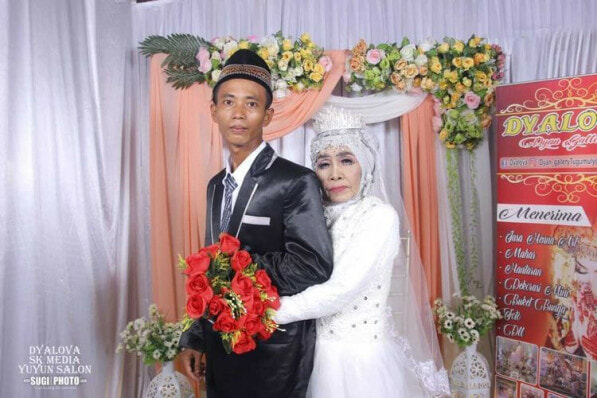 Now, while that in itself isn’t exactly a big deal, the relationship that the newly betrothed couple share is pretty unorthodox.

Her groom is actually her adopted son. 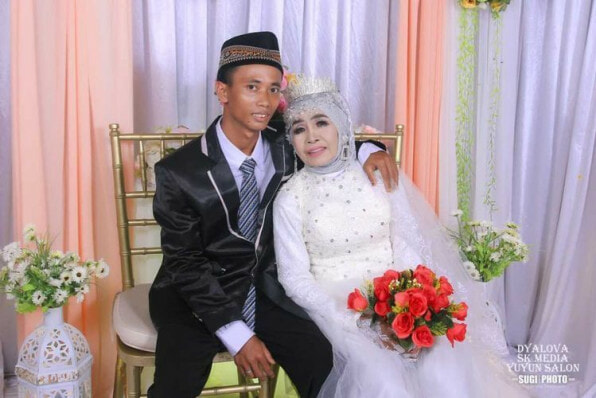 “I didn’t have any intentions to marry him initially. I only told him that he should get married soon, as my three adopted daughters are already married.

To my surprise, he said he wanted to wed me.” she said.

According to Indonesian paper Kompas, the 65-year-old woman adopted the 24-year-old man as her son last year, and they had been living together since. The young man even paid her a 100,000 rupiah dowry (RM 30.21), which she accepted according to Harian Metro.

What do you guys think of this story?

Also read: Video: 103yo Elderly Man Impregnates & Marries 27yo Woman, Netizens Wonder How He Did It