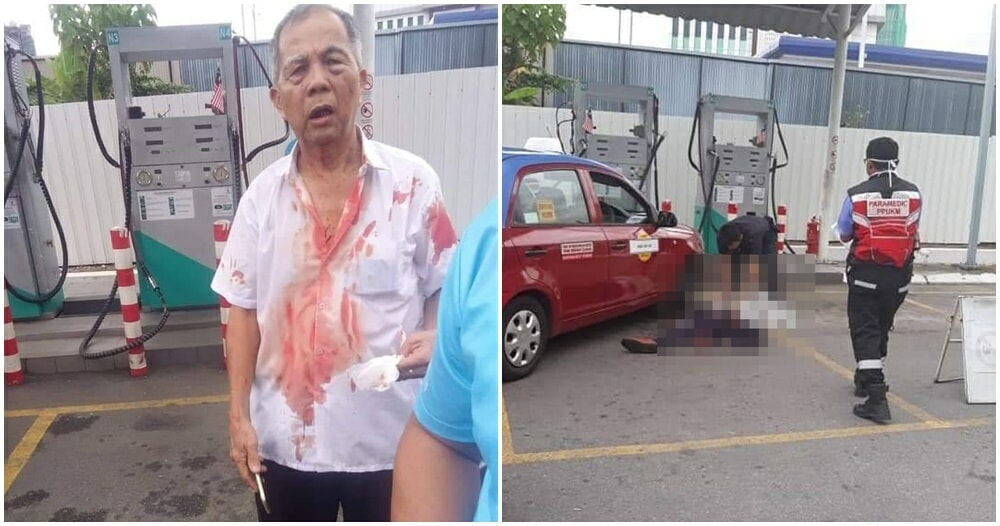 While we hate line cutters just as much as the next person, taking someone else’s life for a trivial matter like this is inexcusable!

A 61-year-old taxi uncle from Cheras recently made headlines after beating an elderly taxi driving acquaintance to death for trying to take his spot in line while pumping natural gas (NGV) at a petrol station in Jalan Sungai Besi, Kuala Lumpur this evening (11th February 2020). 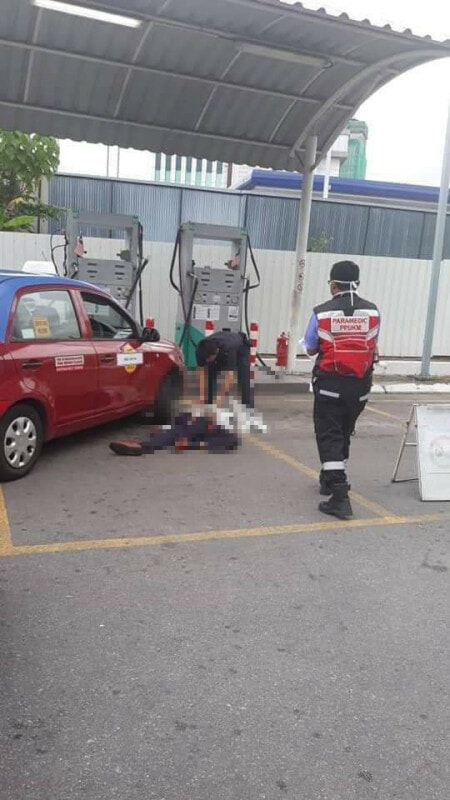 Onlookers who witnessed the gruesome murder immediately alerted authorities and shared multiple photos online, revealing the taxi uncle’s blood-stained shirt with bruises all over his body as his victim was also pictured motionless on the floor.

According to reports from Sin Chew Daily, the two taxi drivers got into a physical altercation when one of them jumped the queue to pump natural gas (NGV). While petrol stations have an abundance of pumps for petrol, there are limited pumps allocated for NGV fuel as it is only typically used by taxi vehicles. Hence, the urgency of both parties rushing to use the same pump. 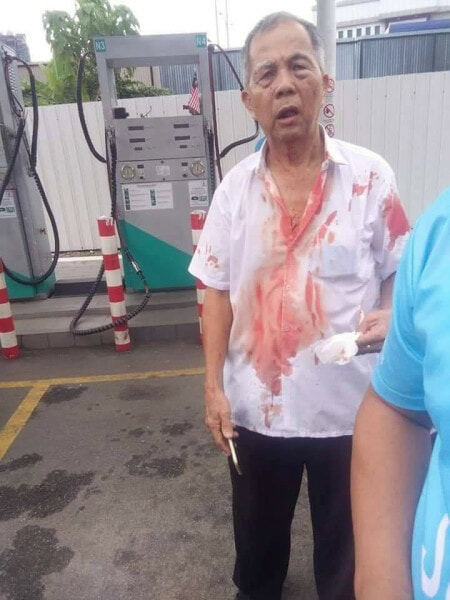 Eyewitnesses said that the victim was violently pushed to the ground, sustaining a serious injury on his head upon impact. Unfortunately, when authorities and medical staff arrived at the scene, the 65-year-old victim was proclaimed dead.

“Based on their heated argument, it seemed like they knew each other. Hence, I was surprised when they suddenly broke out into a fight. I had only just reached the scene with another petrol station worker who was taking care of a pump nearby,” said 40-year-old Imran, one of the eyewitnesses at the scene. 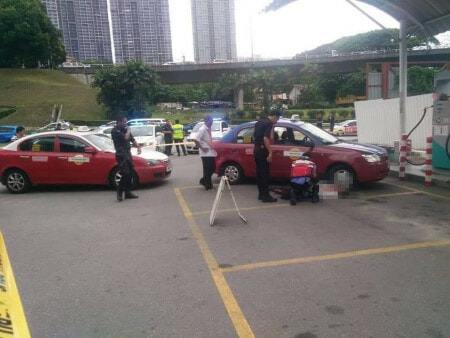 Truly tragic. While it is basic etiquette to respect the people who queue up in front of you, we should all be more mindful of our thoughts and actions.

Also read: Video: Baby Gets Flung Out Of Civic After Colliding With Myvi Racing Illegally On PLUS Highway 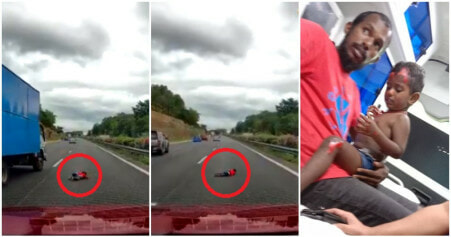