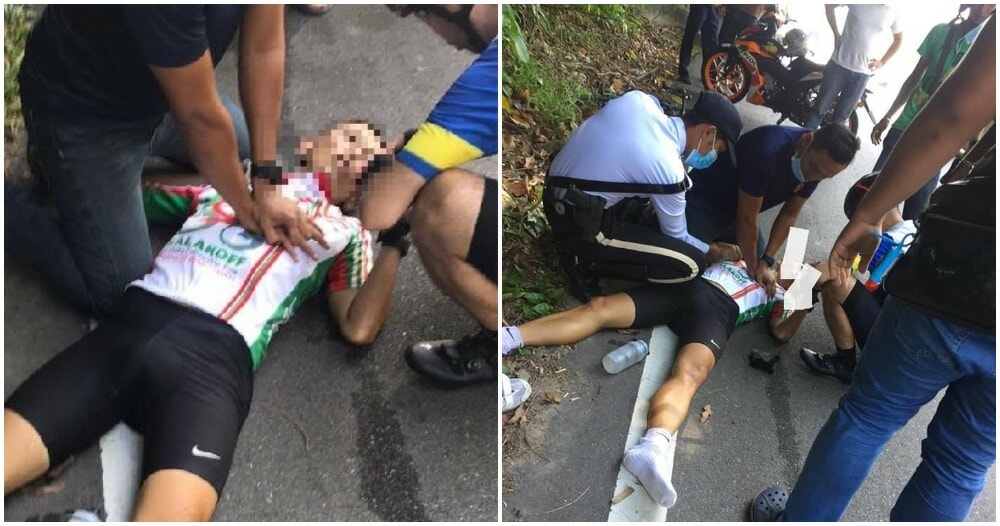 In the morning of 28th May, a man went out cycling with his friend along Jalan Teluk Kumbar, Penang. His friend who was cycling with him said that he just suddenly fell from his bicycle and dropped down on the road unconscious, reported The Star. 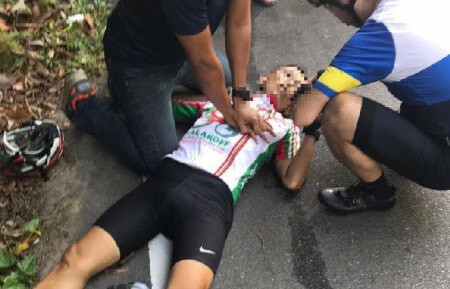 Passersby quickly called the police and also the Fire and Rescue Department (Bomba). At that time, a Bomba officer was on his way home after his shift was over. PB Harris Hakimi b. Abu Hassan from the EMRS unit (Emergency Medical Rescue Services) quickly performed CPR on the unconscious man. 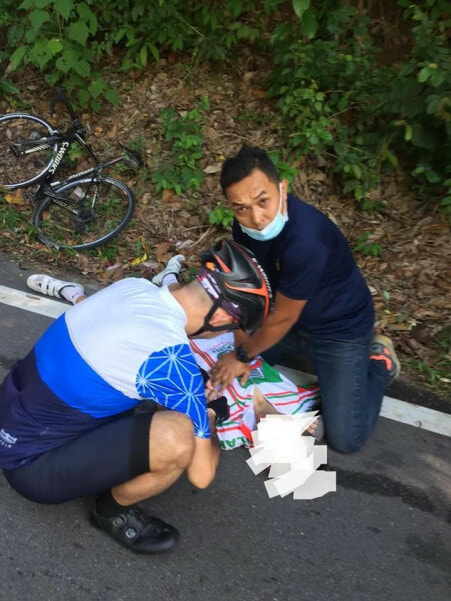 When the ambulance arrived at the scene, the victim was pronounced dead. A post-mortem was conducted in the afternoon and the cause of death is certified as acute myocardial infarction (heart attack).

Thoughts and prayers go out to the deceased’s family. May the man rest in peace.