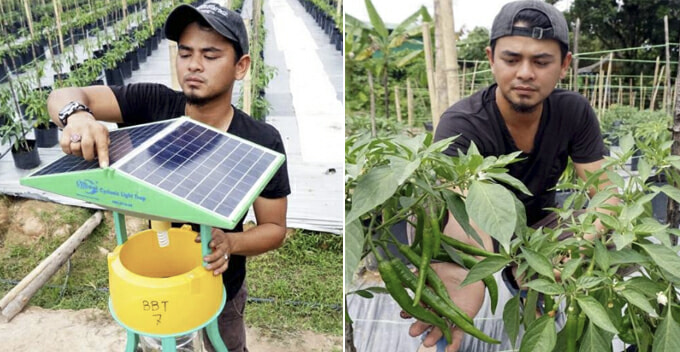 There’s nothing more exciting than working on a project with your favourite squad, like how these four best friends decided to come together to work on a chilli farm.

In an interview with Kampusuols, 25-year-old Mohd Safri Mahmud said he began planting chillis on a small piece of vacant land beside his house about a year ago. The 1,800 chilli plants gave a good yield and that motivated Safri to push the boundaries even more. 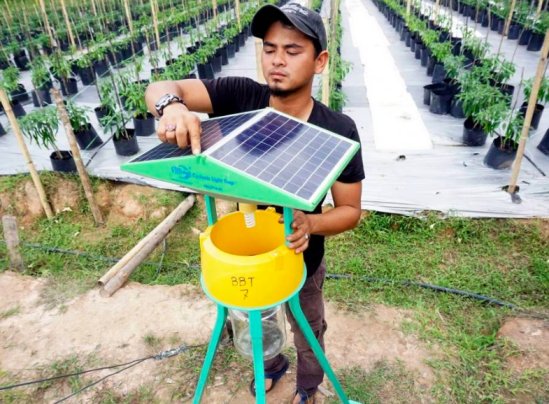 So, he called three of his best friends who are Mohd Amiludin, Mohd Irfan, and Mohd Shafiq to have a discussion about doing this full-time. Realising the hidden potential, they left their jobs as an auxiliary police, graphic designer, and factory worker to focus on planting chillis.

With a capital of RM20,000, they were able to secure some farming equipment and seeds, which were then used to plant 4,000 chilli plants on a 0.3-hectare land in Kampung Musa, Kedah.

Safri who’s leading the project said they use the fertigation method because it saves them time and uses less space. Also, it’s estimated that they could save between 30% and 50% of water by using this technique.

“The efficient watering system ensures all the chilli plants are getting sufficient water and nutrients, which in turn, yields shiny, long and heavy chillis,” Safri said. 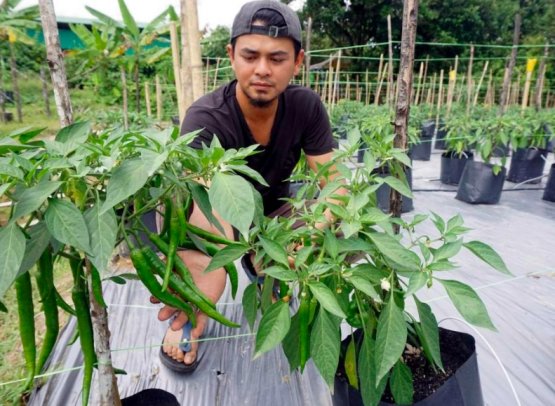 The group estimated that every single plant would be able to produce two kilogrammes of chillis, which can be sold for between RM7 and RM10 per kilogram. In fact, they are ready to harvest their first batch of chillis in two weeks’ time and if they sell all eight tons of the product to wholesalers, they could earn up to RM60,000!

Fortune definitely favours the bold. We wish them the best of luck and a huge success for their upcoming harvest. Hopefully, their success would inspire more youngsters to leave the safe harbour to pursue their dreams.

This article was first published by Kampusuols and the full story is available here. 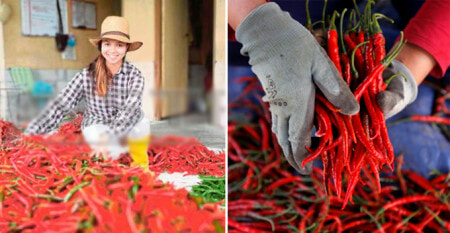