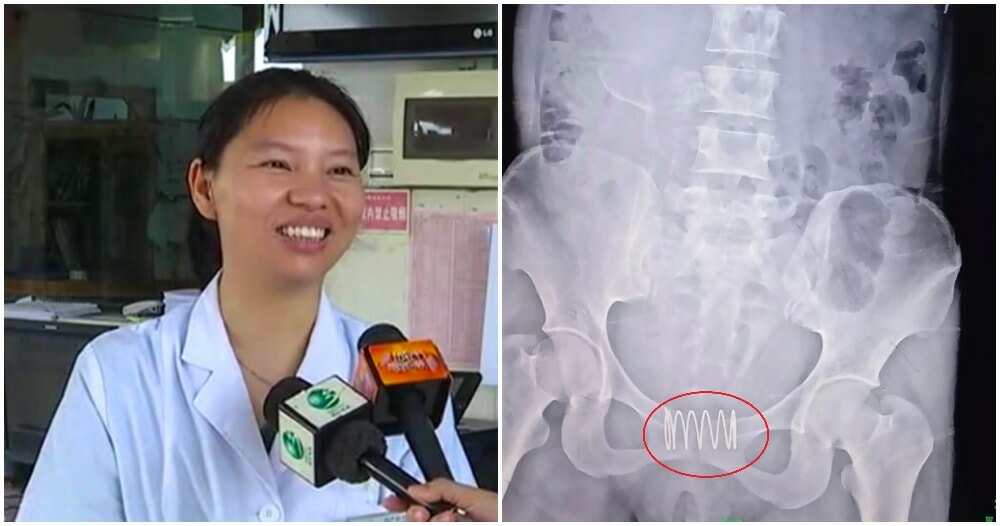 There are many types of birth control, the most common being condoms, contraceptive pills, and IUDs.

According to The Sun, this woman in ZhongShan, China inserted a metal spring into her vagina because she thought that it could work as an IUD.

The spring was only discovered by doctors when the 31-year-old mother of 3 went to the hospital to request for an abortion.

According to the gynaecologist Dr. Fu Junhong, the woman went to the hospital at the end of July when she was 5 months pregnant and wanted an abortion. He said,

During our checks, we found rings lodged between her vagina and cervix – it was a spring which had already been enveloped by her vaginal tissue. 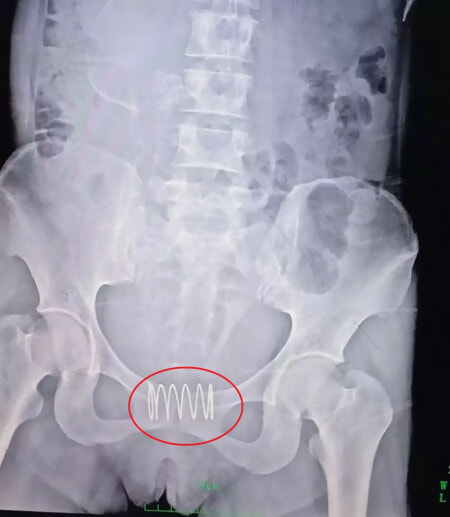 The 5cm-long spring had to be removed in an emergency surgery. As the spring had been in there for about half a year, the surgeons could not just pull it out- they had to cut the spring into pieces with the pliers because vaginal tissues had already enveloped the spring. The spring was cut into 7 pieces and was removed slowly, piece-by-piece in a surgery that lasted 40 minutes. 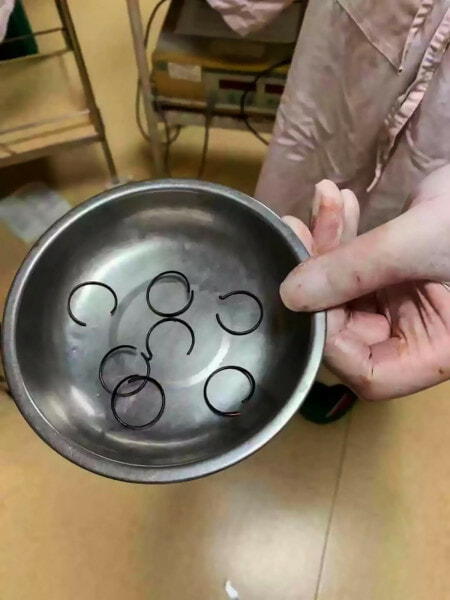 Dr. Fu explained that the woman found the spring on the floor of her workshop and thought that inserting it into her vagina would prevent pregnancy. So she went to wash the spring and inserted it. Dr. Fu said,

“It was greatly unscientific and very unhygienic.”

It is unknown if the woman went through with the abortion or not but she was discharged from the hospital without any tissue damage or infections. 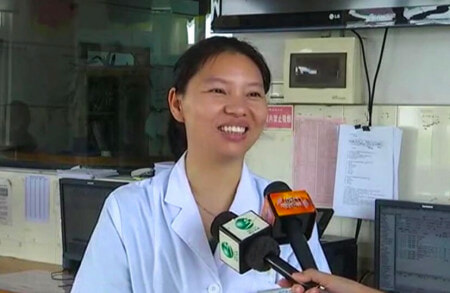 Brrr, after reading that, we advise our readers to just stick to the traditional form of contraceptives and please don’t try to save money by inserting household objects into your private parts.

Also read: 14yo Boy Couldn’t Urinate for 3 Days After Shoving 9cm Needle Up His Penis for Sexual Pleasure 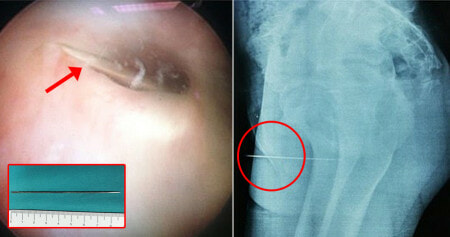