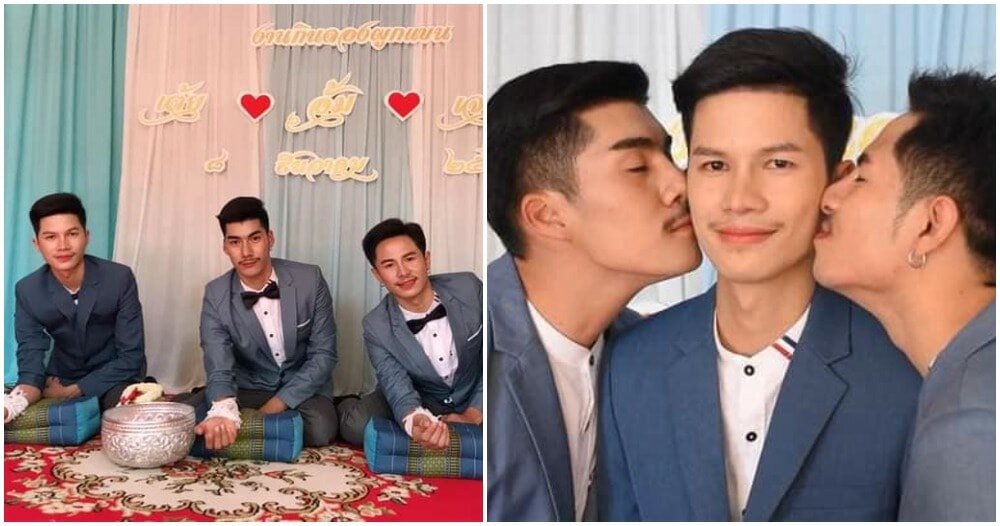 What better way to usher in the New Year than with the news that some people have TWICE as many life partners compared to what you’ve had your whole life? *cries in single*

Recently, three men from Thailand decided to marry each other in a beautiful ceremony held on 8 December at the Chanthaburi Province.

30-year-old dietician, James Chandmthong, was in a relationship with a 22-year-old dancer, Nong Amsapchan, for seven years. The pair later become acquainted with 24-year-old Nong Toei Buutawat, who is also a dancer. 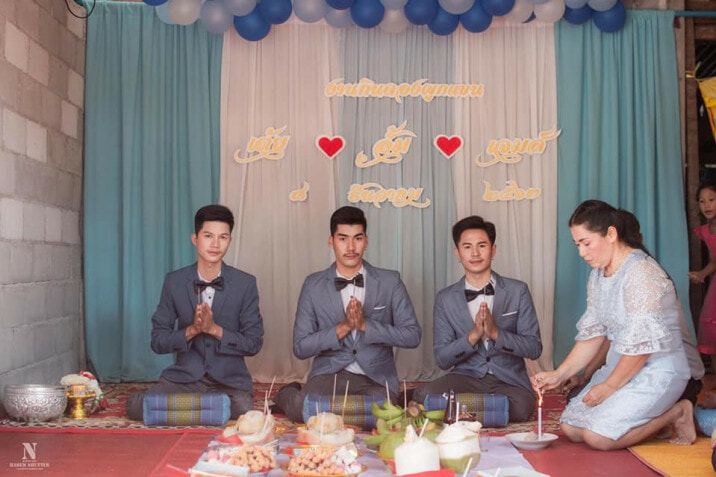 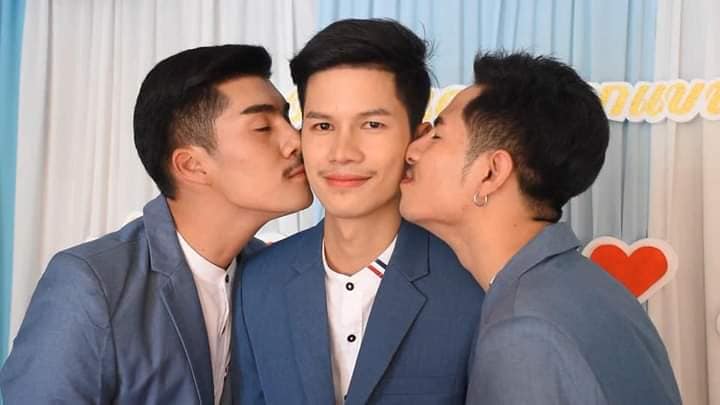 Their wedding photos went viral after it was posted on a Facebook page, Thanawat Dance, a dance group founded by the throuple. According to Matichon Online, James and Noah grew fond of Nong and decided to welcome him into their relationship.

The best part is that their relationship was even approved by Nong’s mother who said that she’s happy for her child and hopes they will live together like any other family. 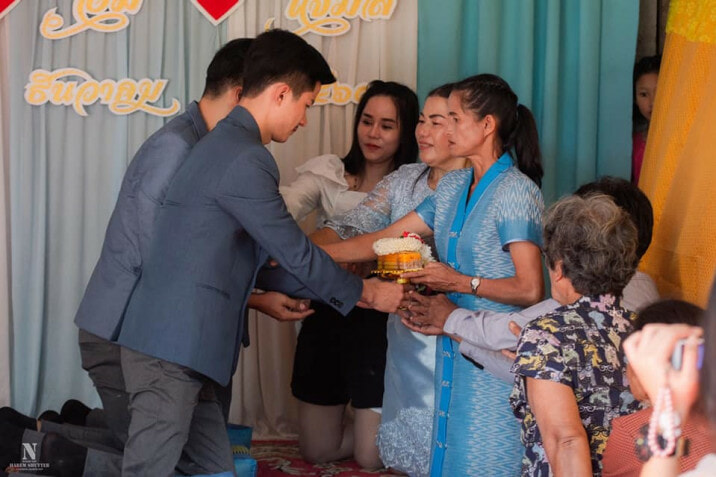 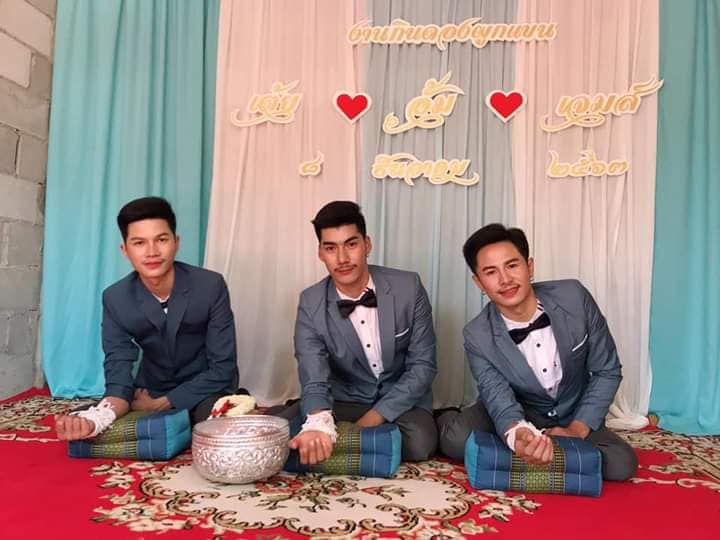 Their friends and relatives attended the wedding while Buddhist monks blessed the ceremony.

Is this something new?

Nope! In fact, in 2015, Joke, 29, Bell, 21, and Art, 26 from the Uthai Thani Province, Thailand became the world’s first known throuple. While Thailand does not recognize throuple marriages, their wedding was conducted as a symbolic ceremony under the Buddhist law.

If some people are able to find two partners while you struggle to find just one, maybe it’s time to take a long, hard look at yourself! Whatever the case, we wish the throuple a happy married life. This proves that love truly triumphs all.

Also read: Couple in India Get Married In PPE Suits After Bride Tests Positive For Covid-19 On Wedding Day