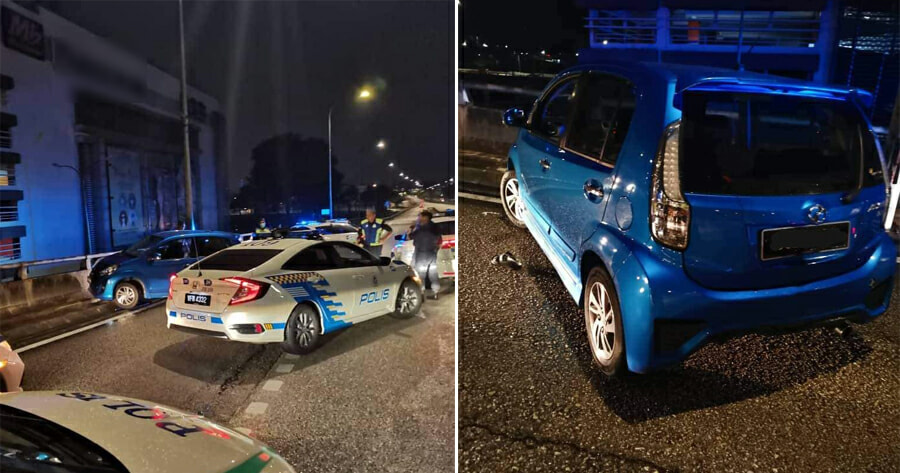 Three suspects went to the extent of jumping from a flyover in order to escape the authorities after breaking into a house in the Jalan Bakti area, in Mutiara Rini, Johor on 22 June.

However, their efforts failed after they suffered injuries including broken arms, fractured shoulders and abdominal wounds from the fall. They were then arrested and brought to the Sultanah Aminah Hospital Emergency Unit for treatment, reported Sinar Harian. 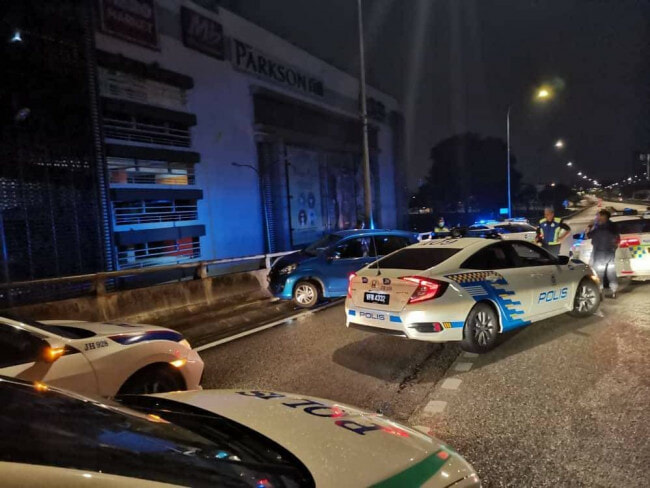 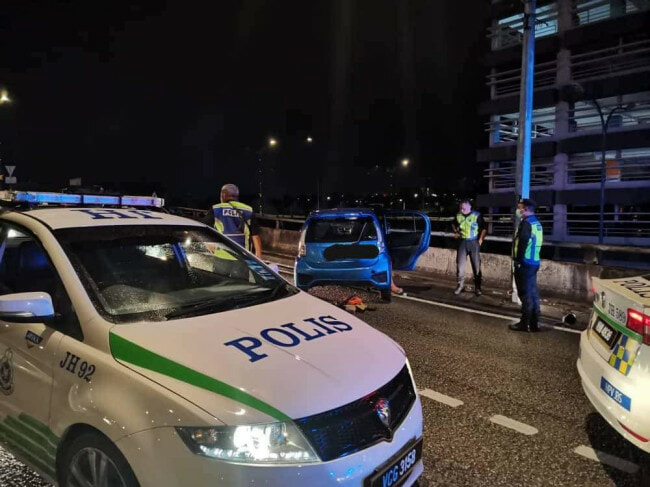 According to Iskandar Puteri District Police Chief, Assistant Commissioner Dzulkhairi Mukhtar, a team of police officers on duty came across a Perodua Myvi on Jalan Seri Orkid, in front of Hutan Bandar, Taman Mutiara Rini at about 4.45am.

He said they instructed the driver of the vehicle to stop, but the driver ignored their orders and continued to drive towards the main road of Skudai.

“While the car was being followed by the police, the driver lost control and hit a road divider on Jalan Tampoi near Plaza Angsana Johor Bahru,” he said, adding that four suspects aged 22 to 30 years old were found in the vehicle. 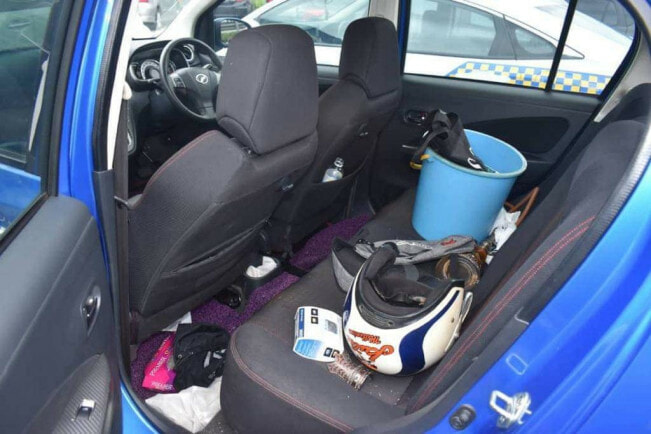 Dzulkhairi explained that while the police officers were in the midst of arresting the suspects, three of them tried to escape by jumping from the flyover at Jalan Tampoi, near Plaza Angsana. However, their efforts prove unsuccessful after they sustained injuries.

Further investigations found that three of the suspects have histories of criminal records.

“We confiscated two helmets, a radio, two loudspeakers, a cutting machine, two mobile phones, a flower cutter, a pair of gloves, a screwdriver, a hammer and an adjustable navigator as well as the vehicle they were in,” Dzulkhairi said. 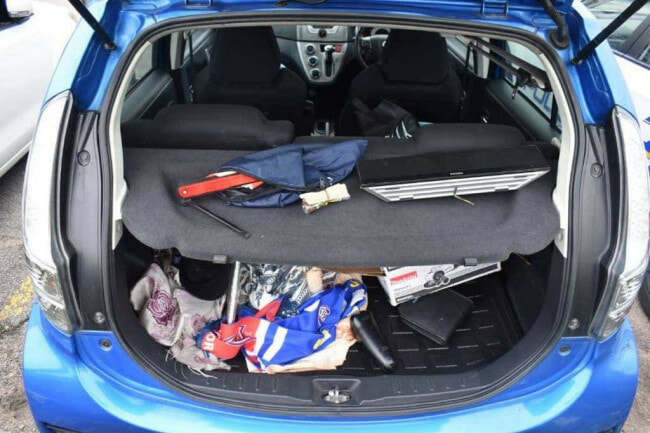 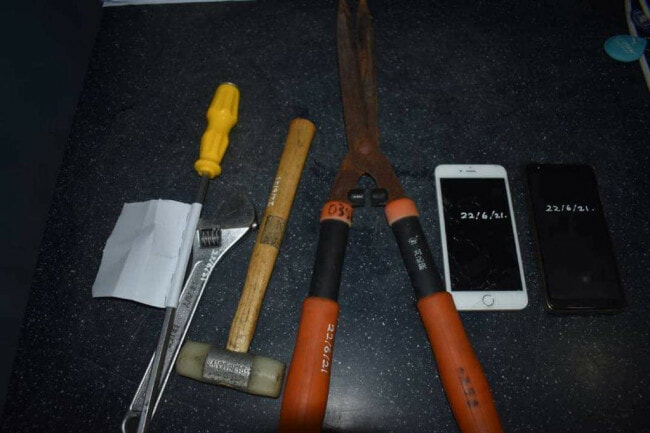 “All the suspects are suspected of breaking into a house in the Jalan Bakti area, Mutiara Rini.”

“Three suspects who suffered injuries are now in stable conditions and are still receiving treatment at the Sultanah Aminah Hospital Emergency Unit here.” 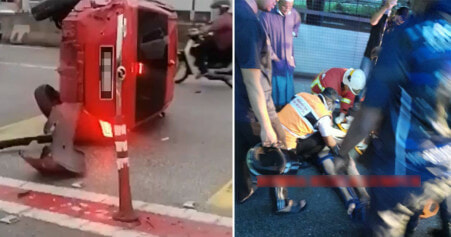