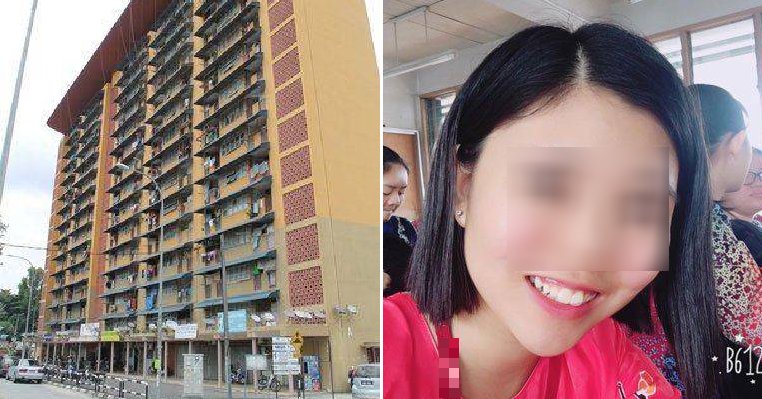 It’s always sad to see a life lost and even more so when they seem to have such a bright future ahead. Lin Jiaying, a 20-year-old student from Seremban who aspired to be a teacher, had tragically killed herself by jumping down from the 14th floor of an apartment building.

According to China Press, Lin was a bright student who had scored 10A’s in her SPM examinations in the past and was studying hard to be a teacher. She was accepted into one of the tertiary education institutes in Kedah and continued her studies there. 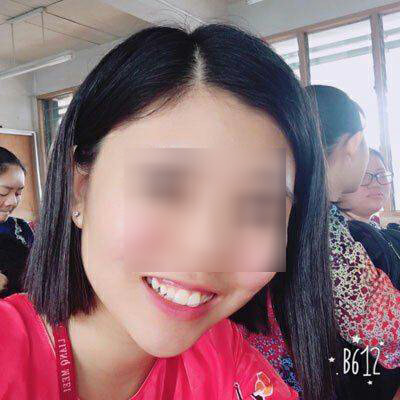 However, she suffered from depression and as a result, she decided to transfer back to another institute in Seremban for her education. Her parents were worried about her and had installed a GPS tracker on her phone so that they could keep track of her location.

On Monday (April 2), her parents discovered that she was at an apartment building and they called her to check up on her. Lin answered and lied to them that she was at the place with a couple of friends. When they couldn’t contact her after some time, they started to get worried. 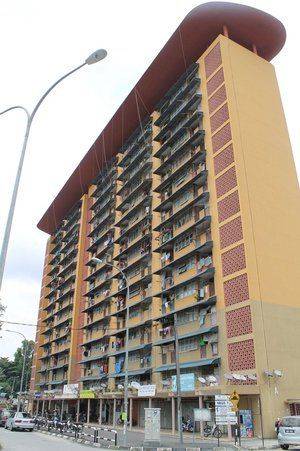 Lin was later discovered to have jumped from the 14th floor of the building at around 8.45pm, after her parents had called her. She left behind an emotional suicide note saying that she wanted to die very badly and even said,

“Even if you find me alive, please ask the doctor not to save me.”

China Press reported that in her letter, she said that she was afraid of disappointing her parents and was under tremendous pressure. Lin also wrote that she could not catch up on her studies but wished her parents could “live a good life”. 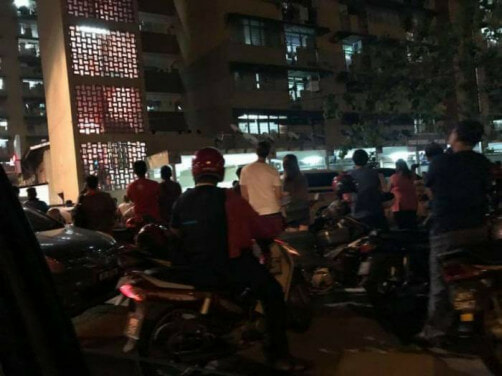 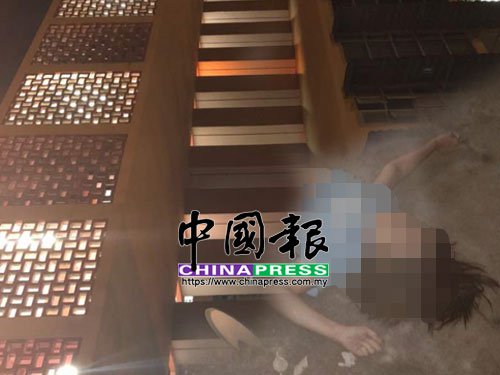 She thanked her parents for bringing her up and asked her elder brother to take care of them. In her last act, she also said that she was willing to donate her organs to other people who needed them. Apparently, the apartment building where Lin had killed herself was notorious for suicide cases as there were more than 70 cases that took place there in the past decade.

In an effort to stop suicides from happening, an electric gate was installed to block the way to the 14th floor but the gate was discovered to be damaged. This continues to allow suicidal people to enter the building and sadly end their lives there.

Such a devastating tragedy to happen. Please call the Befrienders at 03-7956 8145 anytime you need a friendly ear because suicide is never the answer! 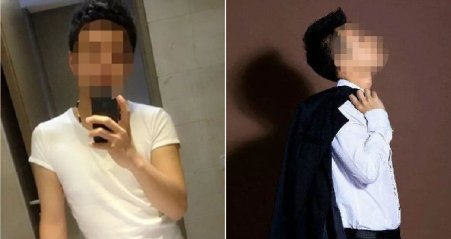