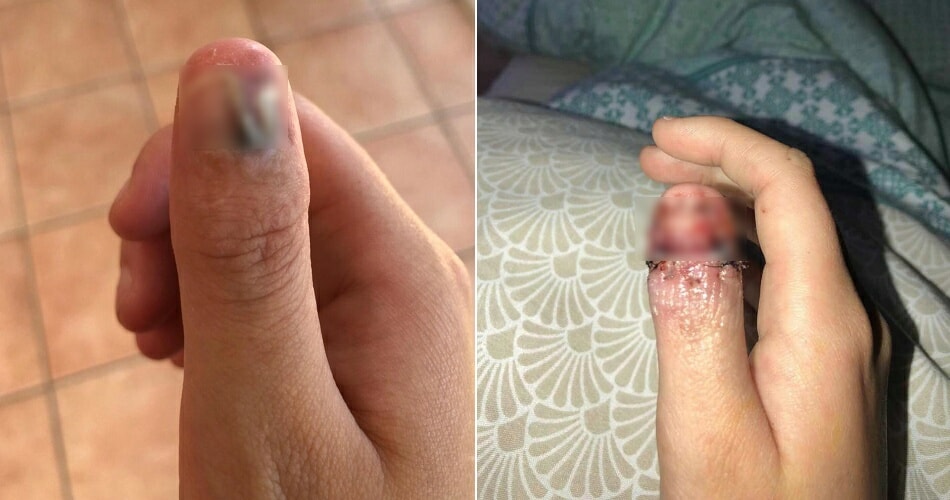 Remember the times when we were reproved by our parents for biting our nails all the time? Well, they probably had a reason for doing that.

The Sun reported that a student had to amputate her thumb after it developed a rare type of cancer that is believed to be linked to biting her nails.

Apparently, Courtney Whithorn began biting her nails when she was bullied at school at age 16. Unfortunately, her nail-biting habit worsened and in 2014, she even bit her whole thumb nail off and it never grew back properly. And that’s where it all began. 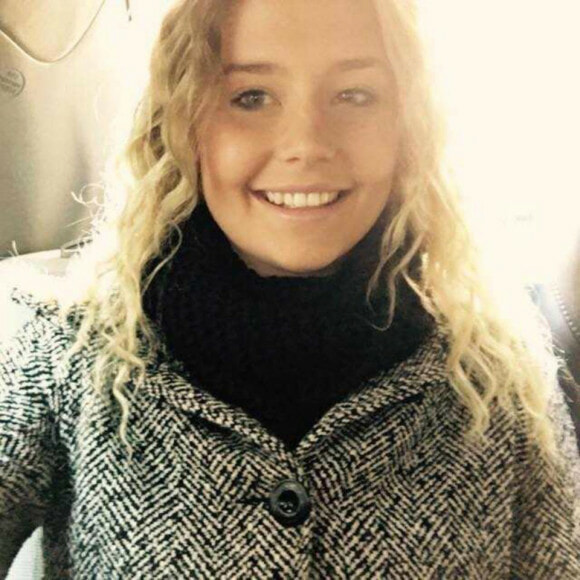 After that, she kept her thumb hidden from everyone for four years but once it started to turn black, she finally showed it to her parents. Omg, she left her skin under the nail exposed!

“My hand was just constantly in a fist because I didn’t want anyone to see it – not even my parents.”

“I got a bit freaked out when my skin started to go black so I showed them for the first time this year (2018).”

“I can’t even explain how self-conscious I was. I always had fake nails to hide it because it was so black. It was like paper whenever it grew back.” 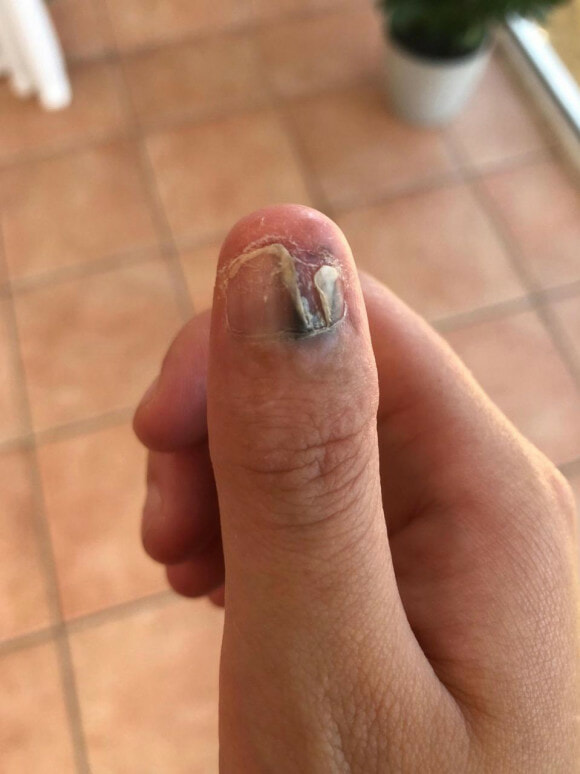 In July 2018, Courtney was diagnosed with acral lentiginous subungual melanoma, which could have been caused by the severe trauma when she bit off her entire thumb nail.

“When I found out that biting my nail off was the cause of the cancer it shattered me,” she said.

Fun fact: Acral lentiginous subungal melanoma (ALM) is a type of malignant melanoma which is a form of skin cancer when the skin cells become cancerous. This is caused when the skin becomes infectious (malignant). 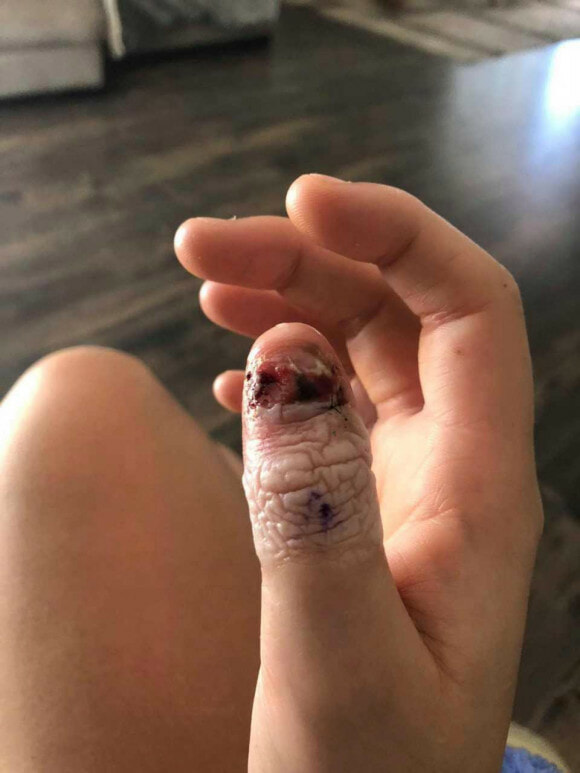 Since her diagnosis, Courtney underwent four surgeries in hopes to save her thumb but she was forced to amputate it last week because there were still cancerous cells in her skin. It was the last resort.

Prior to that, Courtney saw two plastic surgeons who thought of removing her nail bed and putting a skin graft on it. However, they noticed something was gravely wrong with her condition and did a biopsy for her. 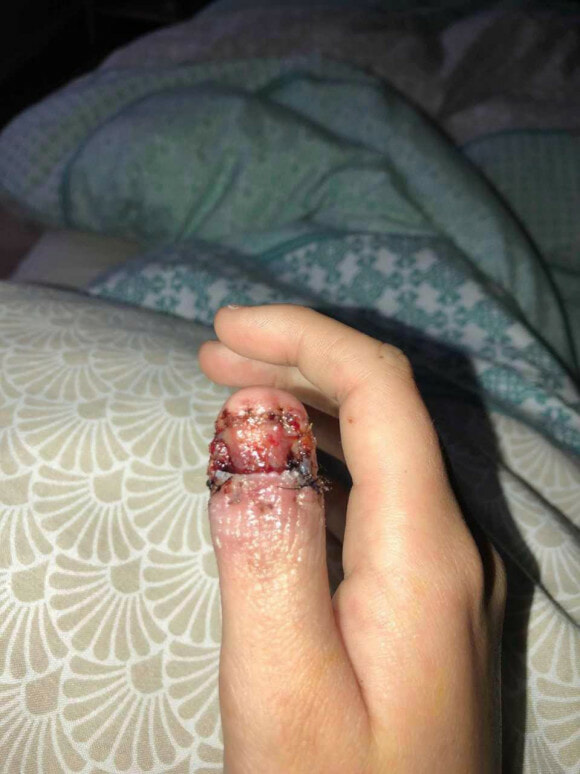 “I went to the doctors because my skin started turning black but I went for cosmetic reasons and my GP referred me to a plastic surgeon.”

“But before my first surgery to remove the nail bed, the doctors could tell something was wrong and decided to do a biopsy,” said Courtney before adding that six weeks later, she was sent to a specialist in Sydney because the doctors couldn’t figure out if the biopsy detected cancer. 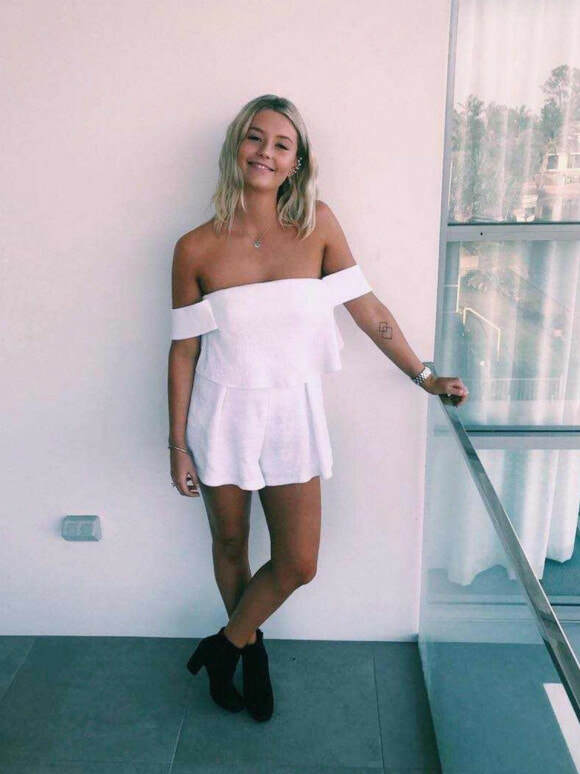 “They did more tests and when those results came back, I was told that it was a malignant melanoma which was very rare to have there, especially for someone my age and at that size.”

As of now, Courtney, who currently lives in The Gold Coast, Australia, had to defer her studies at Griffiths University in order to concentrate on her recovery. 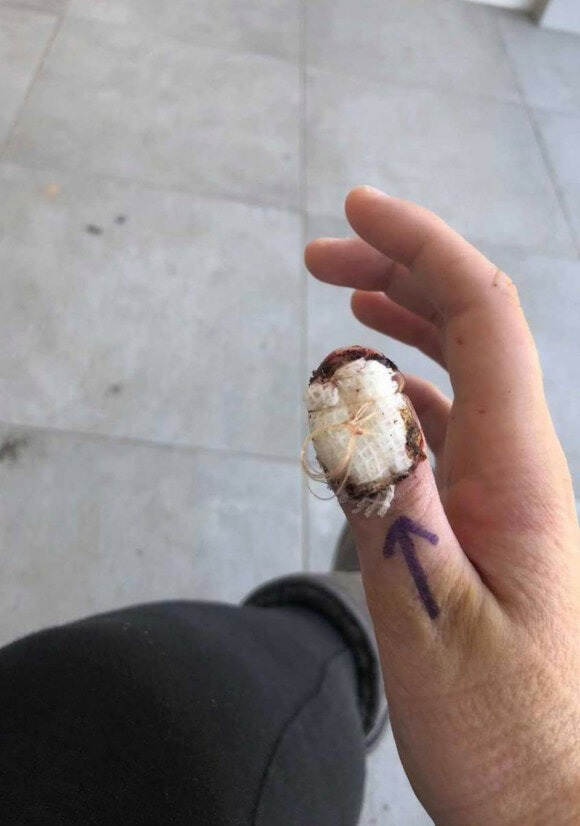 Meanwhile, Courtney’s passion for writing will be affected since her thumb is amputated from above the knuckle. Poor thing!

“I love to write, I journal a lot. I write everything down that I’m feeling as a relief sort of thing.”

Moving on, she added that she is still waiting for the set of results from last week’s surgery to see if she is clear from the cancerous cells. 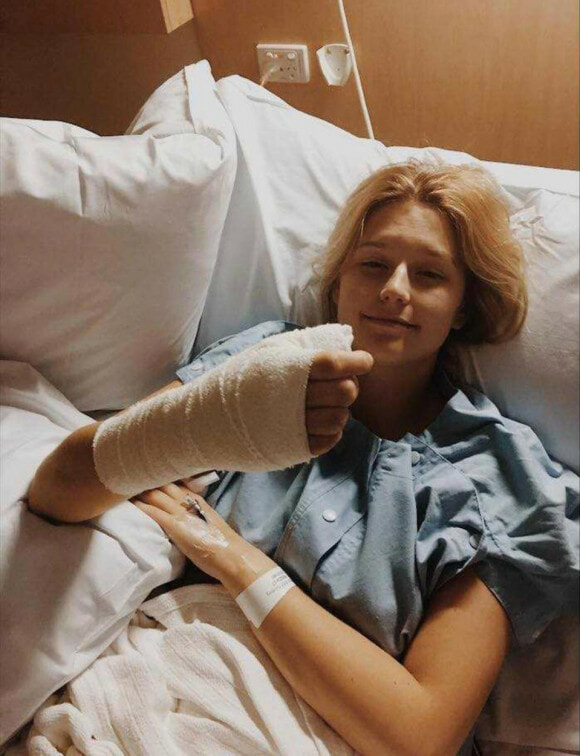 “I’m still waiting for that set of results from the surgery last week and if it’s clear then the surgeon watches me for the next five years and I get regular scans and blood (tests),” Courtney explained.

Well, that’s scary! We hope she recovers quickly from her condition and is able to kick her bad habit for good. Get well soon, Courtney!

Know anyone who has a bad habit of biting their nails too? Perhaps sharing this article might inspire them to quit the habit!

Also read: This Lady Almost Lost Her Eyesight From Sleeping With Mascara On For 25 Years 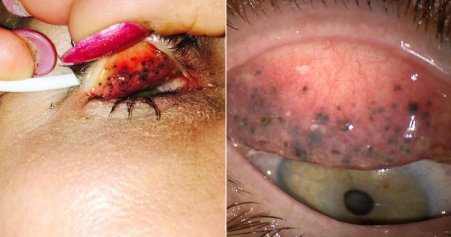