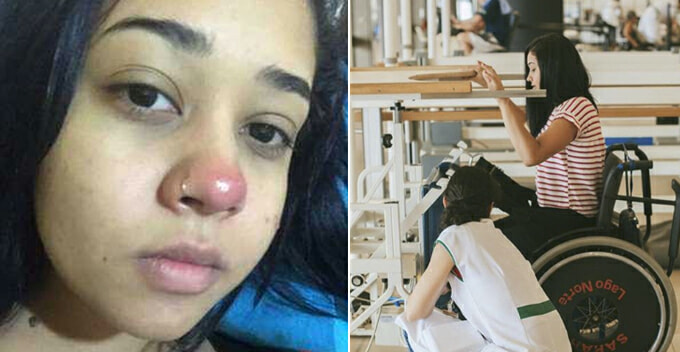 Who knew piercing your nose could lead to such horrifying aftermath!

A 20-year-old lady named Layane Dias from Brazil shockingly became wheelchair-bound after getting her nose pierced. Doctors suspect that it could’ve been caused by a bacterial infection named Staphylococcus aureus, as reported by The Sun.

It all started in July 2018 when she got her nose pierced. After a few weeks, the tip of her nose became swollen as it was inflamed. She ignored those symptoms at first but she couldn’t dismiss the pain in her legs. 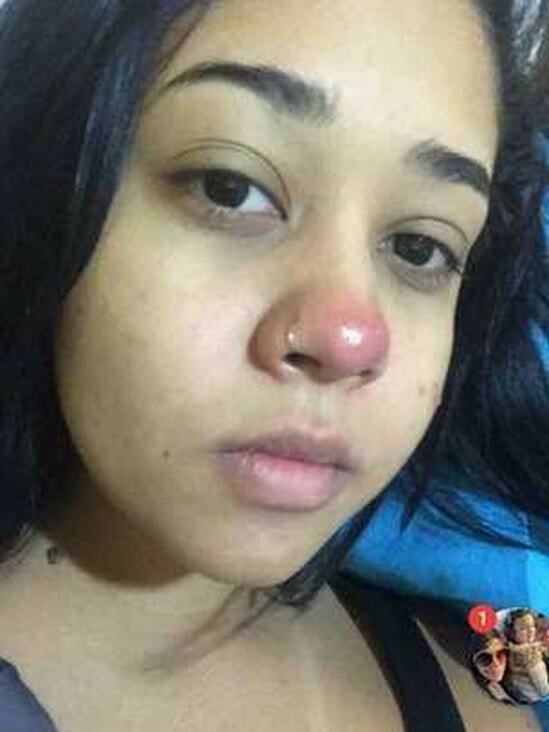 “I thought it was a spot, but it caused a fever. I treated it myself, I put creams on it and a week later, it disappeared,” she said.

Sadly, the pain in her legs only got worse overtime and she had to be rushed to the hospital due to the “unbearable pain”. There, the doctors were baffled by her symptoms but the blood test soon revealed that she had Staphylococcus aureus in her bloodstream, which is an unusual case.

The doctors asked Layane if she had any cuts on her nose as this bacteria is typically found there. That’s when she informed the doctors about her recent piercing. Just so you know, about 30% of people have this bacteria in their nose.

Unfortunately, her pain slowly turned into numbness which affected the lower half of her body and this prevented her from walking. Layane was transported to another hospital where the MRI scan revealed that she had 500mm of pus compressing three vertebrae in her spinal cord. 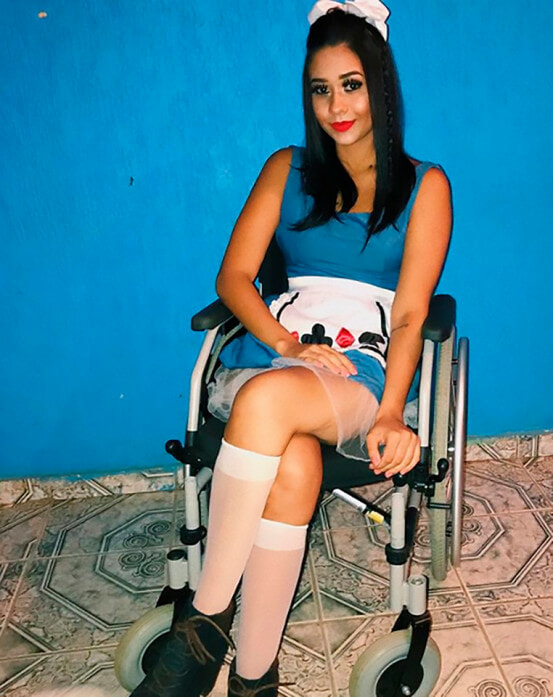 She was immediately transferred to the operating theatre for emergency surgery as the pus could cause a fatal infection. The surgeon, Oswaldo Riberio who has been in this field for 15 years said he has never seen bacterial infection caused by piercing.

“When the liquid was removed, her marrow decompressed and this prevented her condition from worsening,” the surgeon said.

The surgery was a success but she still couldn’t use her legs. In fact, it’s very likely that she will be wheelchair-bound for the rest of her life.

“I was devastated. At the start, it was a very sad situation. My life changed a lot but I felt happy when I left the hospital. I have met other young people in wheelchairs and I have seen that I can be happy like this (in a wheelchair),” she said, adding that she is now actively taking part in basketball and handball. 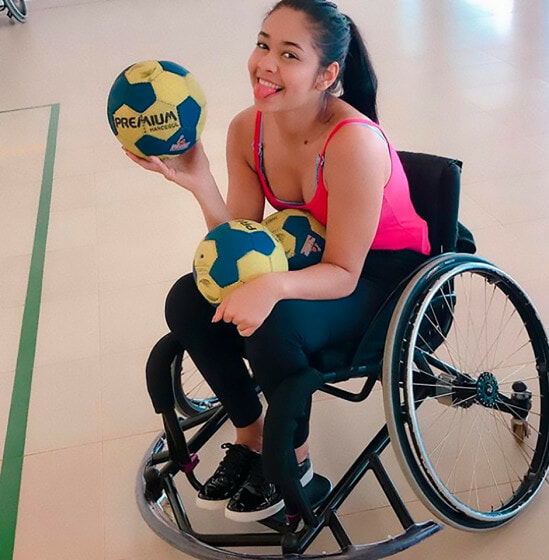 We pray for her speedy recovery and hopefully, she can regain her mobility in the future. If you’re planning to get your nose pierced, please make sure the staff is trained and that the equipment is sanitised.

Also read: M’sian Lady Shares How Her Nightlife Caused Her to Get a Stroke & Paralysed Face in Her 20s 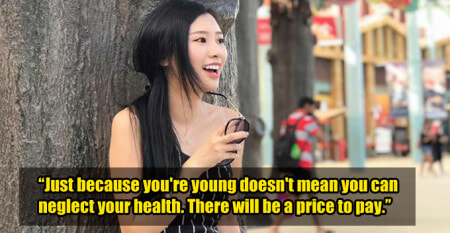