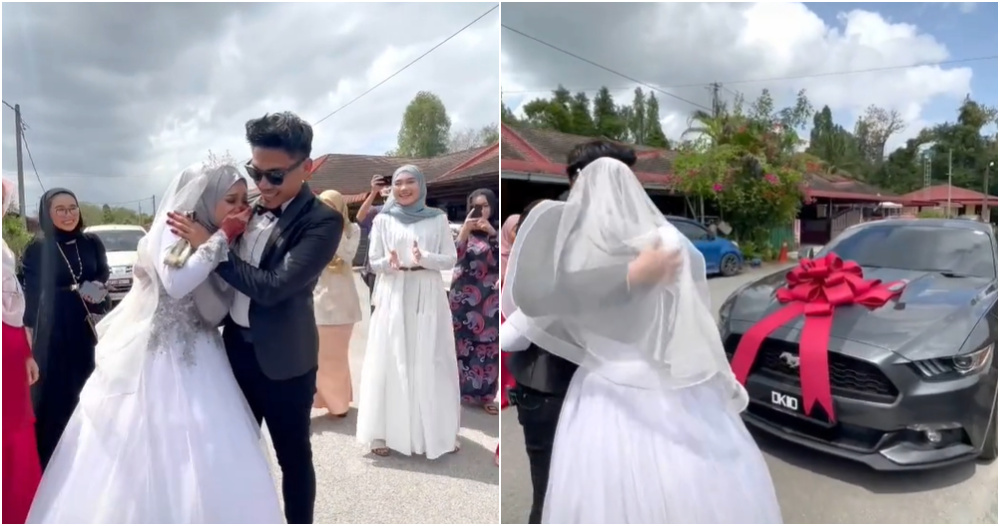 One of the most admirable relationships is when two people who are in love stick by each other through thick and thin and push each other to achieve their goals together.

Being each other’s cheerleaders in life is the best motivation one can get when on the route to success.

This TikTok user, Yuni (@ayunieso24) took to her TikTok to share a touching video of her husband surprising her on their wedding day with a luxurious car, a Ford Mustang.

The video touched the hearts of many as Yuni explained to everyone how both she and her husband are only 18 years old and have worked really hard to get to where they are today.

It was a bumpy ride for them but a beautiful journey overall.

In the video, Yuni was seen blindfolded while her friends and family guided her outside, leading her to her husband. Her husband then took off the blindfold and made her turn around to face their brand new Ford Mustang.

Yuni broke into tears while hugging her husband. And, of course, she gave the car a hug as well!

She then made a second video to explain their journey together before they got married.

According to Yuni, before their wedding, she never expected much or even dreamt about owning a luxurious car. She admitted that they initially decided to settle down with a secondhand Myvi.

She said all the while, they only had enough money to go forth with their wedding. They never once owned their own car or motorcycle before and would usually borrow vehicles from their family members. 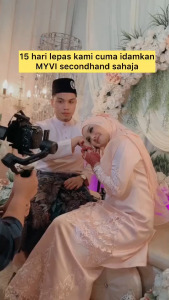 However, Yuni and her husband continued to work hard. Her fiance and she ventured into starting their own business of selling supplementary goats milk.

Luck was by their side when 15 days before their wedding, their business took off successfully. They ended up making a lot of cash after selling over 30,000 units of the supplementary milk. Yes, in less than 3 weeks.

Yet, she had no idea her husband would buy a car, let alone a Mustang.

Three days before the big day, her fiance brought her to test drive a Mustang. She said she still had no idea at the time that they would be owning one soon. 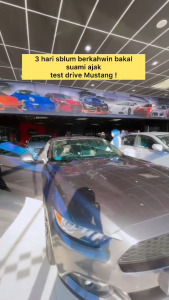 The next day, without her knowledge, her now-husband bought the Mustang with cash! 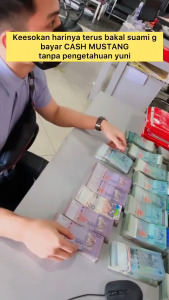 After they got married, on the very same day he surprised her with the car. Her friends and family members were equally as shocked!

She said, she never thought that at the age of 18 years old, both she and her husband would own a Mustang. All the effort and hard work they had both put in was worth it in the end. 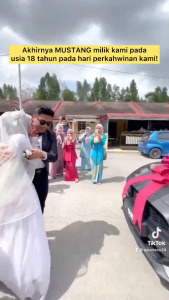 Congratulations to the newly wedded couple and kudos to them! 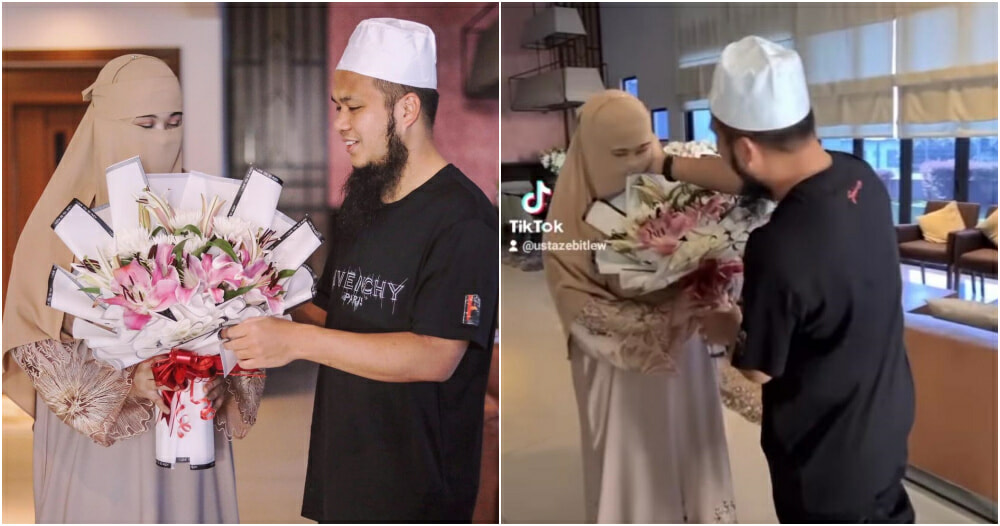