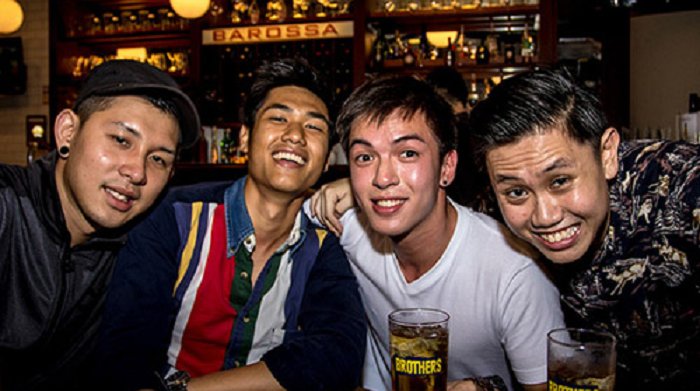 Aside from eating, drinking is also one of Malaysians’ favourite pastimes. Whether we’re celebrating a milestone or feeling a little down, we always find comfort in having a glass or two (or five) with a bunch of friends during the weekend (or on ladies night if you’re friend #11).

As it gets closer to midnight, chances are, you’ll start noticing your friends’ inner alcoholic personas break free. So, we’ve rounded up 14 types of drunk friends you probably have whenever it’s time to let loose and grab hold of booze. Check which type of these friends you have most, or maybe you have them all?!

This person appears strong when sober, but 2 long islands, 3 jägerbombs and 5 tequila shots later, they’ll turn into an oversensitive soul, sobbing at anything and everything that tugs at their heartstrings. Wait for the waterworks!

The most responsible of the bunch, this friend will ensure everyone gets their dose of H20 after last call and will ask you to text them once you’ve reached home safely. Yup, and that means no drinking and driving in their book!

Sure, this friend will show up for all your drinking sessions, but don’t expect them to stay on the entire night. That’s because they’ll suddenly go MIA halfway, without saying anything prior to leaving the pack.

4. The one that needs to be babysit by the mum

Keep a close eye on this baby 24/7, otherwise they might not make it home in one piece! When under the influence, their naivety and child-like mannerism will be heightened, thus they tend to make poor choices like accepting candy drinks from random strangers.

You’ll always find this smooth operator hanging out at the bar rolling out their best pick-up lines. By the end of the night, they’ll be exchanging digits with a hot chick or handsome hunk. Among all your friends, they’re the one most likely to bring a date home! 😉

It’s hard to miss this friend because you’ll be able to hear their voice and laughter from miles away even before you step foot in the bar.

7. The one who never gets a hangover

You’ve never seen this one pissed drunk. They’re extremely strong drinkers who can handle their alcohol and drink till sunrise with no signs of being tipsy. Heck, they’re also never hungover the next day!

So unfair! How do they do it?!

8. The one who’s always buying shots

Your night out will never be boring when this one’s around. This friend is the culprit for all the surprise shots that come your way every hour of the night. Not like you’ll say ‘no’ anyway.

Whenever this friend is high, they have an archive of stories that’s just waiting to be retold to both long-term buddies and acquaintances. If you’re a close friend, chances are you’ve heard them tell their femes story like, a thousand times.

Hell hath no fury like an intoxicated buddy! Before all that wine and whiskey, they seem cool as a cat, but once they start drinking, you’ll see them rage like never before. Lots of pent-up anger in this one!

Trust this one to be there for ladies’ night every week without fail! Or if you’re hosting a non BYOB party.

12. The one who always forces you to down

Got a half glass full or one that’s just been topped up? You’ll never hear the end of it from this friend. “Keeping goldfish is it?” is their favourite phrase.

13. The one who loves to dance

At the start of the night, they may be sipping their cocktail quietly in a corner, but as the music gets louder and the alcohol kicks in, they’ll eventually shimmy their way to the dance floor (or podium) and bust out moves like they’re the star of their own music video.

14. The one who records everything on Insta Story

For this friend, their idea of a good night out is having an amazing Insta story or Snapchat feed (which they’ll re-watch the morning after). Hence, they’ll always be on their phones, panning 360 degrees around the room to document everything on social media.

How many of these drunk friends do you know? Which one are you? Tell us in the comment section and don’t forget to tag your friends! 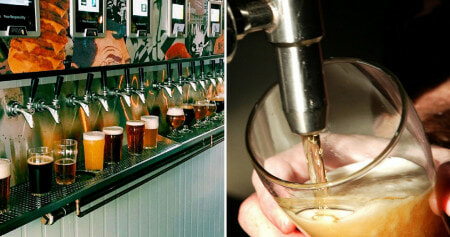