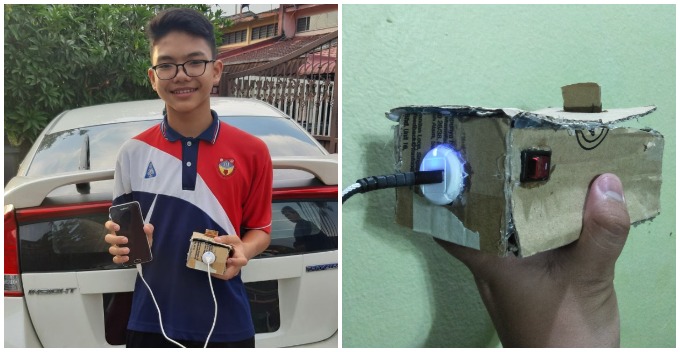 This is so heartwarming and inspiring at the same time!

In a recent viral tweet from Aaoisora @Goodensora, he said that his brother had wanted to buy a power bank but he still hadn’t received his wages yet. A conversation that most of us would have with our siblings on a whim turned into a pleasant surprise for the big brother!

Aku cakap kat adik aku "Abang nak beli powerbank tapi belum gaji". Look what he made for me 😭 A handmade powerbank 😭 Im really grateful to have a little brother like him 😭 Nanti abang belanja MCD as promised 😭 pic.twitter.com/EDnIFjlUld

The 13-year-old is a student at Sekolah Menengah Kebangsaan (SMK) Sultan Ismail, Johor Bahru, and he didn’t expect that his first trial would actually be usable!

“The power bank was not invented for a school project but as my own initiative and before making it, I referred to my teacher’s opinion and engineering books,” he said to Harian Metro.

Arief then made the “POWER BANK PENING” for his brother and gave it to him just as he had gotten back from work.

Twitter user Aaoisora, or Amir, posted a video as a way to reply to those who questioned whether the power bank could actually be used or not. And it actually works!

Since then, netizens have taken to the thread to express their admiration and to remark on how heartwarming it is to see sibling interactions like this.

“I think this thread that depicts that siblings’ brotherly love is way better than those sweet couple screenshot threads.”

“Can tell him to add a rechargeable battery for the next step. Then, can add a charging port for the power bank itself. After that, install a solar panel (like those mini solar lanterns).

“Damn, I thought that he’s a university student but he’s only in Form 2. He has a bright future ahead in technology.”

“He is so good bro. Take care of him well. Save lots of money and send him off for higher education.”

A big thumbs up from us to Arief! We hope to hear more great invention news from this bright young man!

Also read: This 18yo Pahang Student is Blowing People’s Minds With His DIY Door Lock For His Dorm 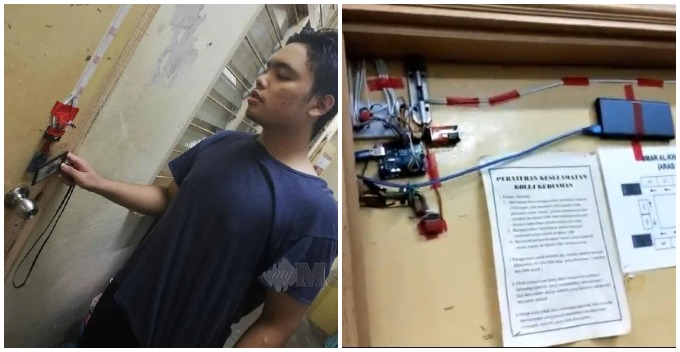