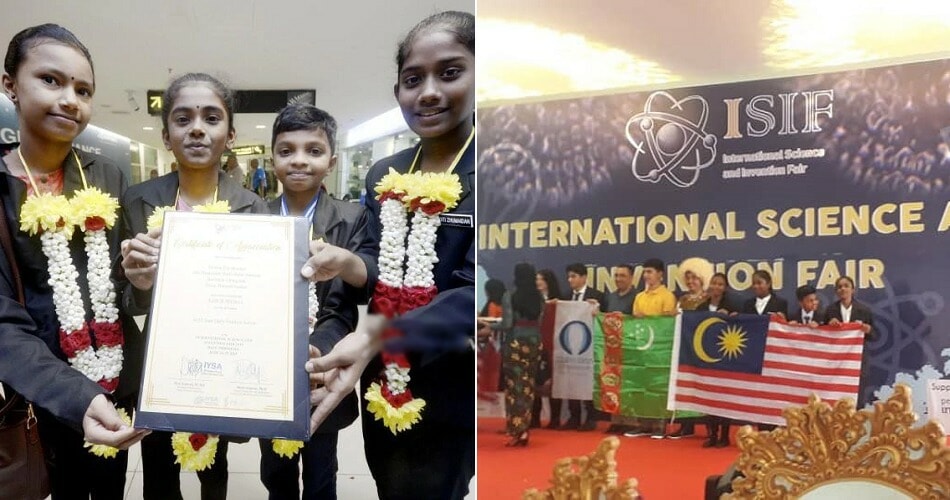 This is such an amazing achievement by our Malaysian students!

Four students from SJK (Tamil) Ladang Prye, Penang made us very proud on an international pedestal by bagging their first gold medal in the International School Invention Fair (ISIF) 2019. The innovative 12-year-olds made a water filter, teeth whitener and odour remover sachets from orange peels and coconut shells. Wow, those are very creative and useful creations!

If you didn’t know, the 2019 ISIF was held in Bali, Indonesia on 21st to 26th June 2019. Malaysia sent four primary school students from Penang to represent us at the international fair.

Right after winning the gold, the young science whizzes were welcomed back by their teachers and families, who presented them with a lot of flower bouquets and garlands. Obviously, they were proud of these kids’ mind-blowing victory! 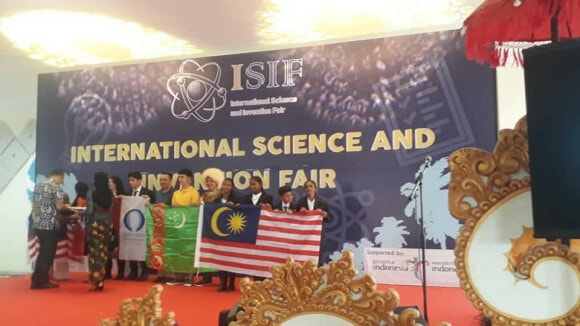 Speaking about their innovative inventions, Harrish Raj Shanker – who was one of the contestants – shared that they drew inspiration from coconut shells which were thrown away and “the massive waste of orange peels during Chinese New Year”.

Harrish also said that the main focus of the project was to reduce environmental waste as the project revolved around the 3R (Reduce, Reuse and Recycle) concept.

The young lad was quoted by Bernama as saying,

“It took us a month to come up with all the projects, and we had our teachers to help us out and even the school cleaners.” 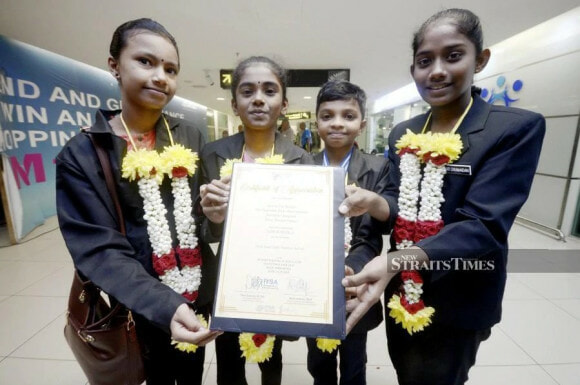 On a different matter, N Pugeneswari, their science teacher, shared that the students had already submitted their school projects for the SIRIM Invention and Technology Expo (Si2TE) that took place in April 2019 in Kedah.

However, Pugeneswari elaborated that the team actually obtained Si2TE gold awards for the teeth whitener and the odour remover sachets, which were also innovated for the expo. She finally added,

“It was only until ISIF that the students have developed the water filtration system.”

There’s only one word to describe the young students’ achievement and that word is, ah-mazing! Hopefully, they will continue to excel in the field of Science and Technology because the four of them are very talented innovators.

That said, we wonder if they will commercially produce the odour remover sachets because it could be very beneficial for a lot of us! 😉

Also read: “I Am Proud to Be Malaysian,” Says 23yo Student Who Won 2nd Place In World’s Largest Trading Competition 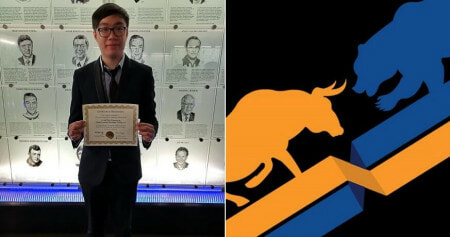