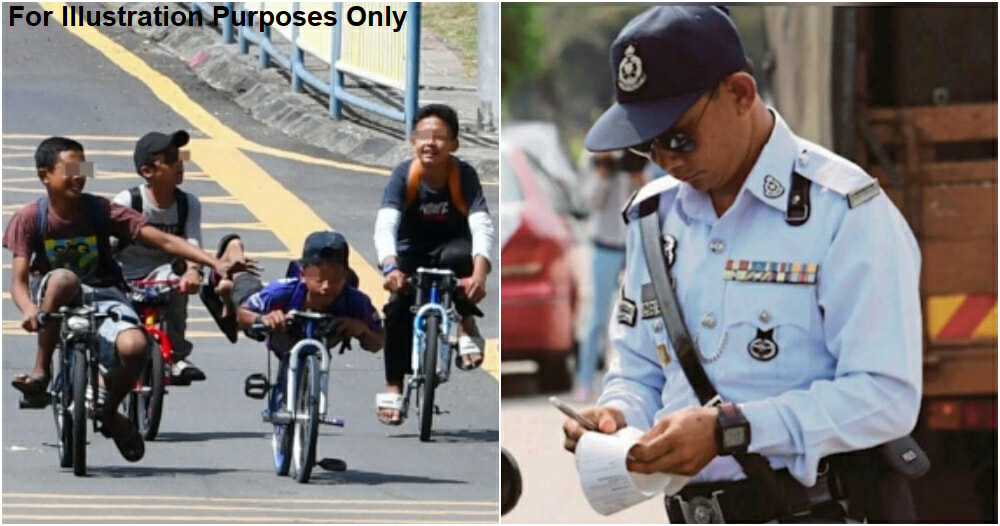 Two days ago on 26 December, two children were issued a summons by the police from the ‘Lajak Bicycle Op’ around Taman Scientex, Pasir Gudang.

According to Harian Metro, Seri Alam District Police Chief Deputy Superintendent Shahrulanuar Mushaddat Abdullah Sani said, the two 12-year-old boys were each issued a summons for riding a bicycle and motorcycle during his team’s operation at around 5.30pm.

He added on saying his party also issued a summons against a 14-year-old teenager who was riding a motorcycle ridden by the child involved.

The operation was carried out by the Traffic Investigation and Enforcement Division of the Seri Alam District Police Headquarters (IPD) to curb the activity of ramp cycle racing on the roads and to combat these activities on a whole. 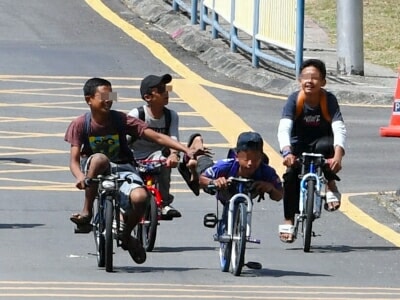 “The motorcyclist was issued a summons because he did not have a driver’s license and his vehicle road tax has already expired. He was also not wearing a helmet,” he said.

“The pillion rider too made the mistake of not wearing a helmet,” he added.

“The children who were riding their bicycles, on the other hand, make the mistake by riding a modified bicycle, without any brakes and bells,” he explained.

Shahrulanuar Mushaddat said the summons issued against motorcyclists was made in accordance with Section 26 (1) and Section 90 of the Road Transport Act (APJ) 1987.

Let us know what your thoughts are on this story. Drop a comment in the comment section below.

Also Read: Three Men Arrested After Being Caught On Camera Riding Their Motorcycles Recklessly on PLUS Highway