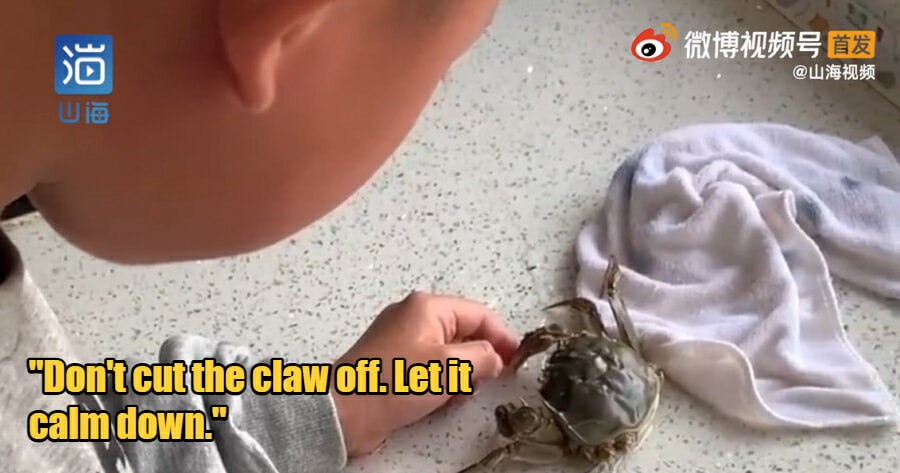 It is simply human nature to defend ourselves when we’re getting hurt, but a 10-year-old kid in China beat that instinct.

Recently, a video of a kid being pinched by a crab went viral on Weibo, a popular Chinese microblogging website. Anyone would think that the kid would most likely struggle to let go of the painful pinch.

However, what gained the attention of netizens is the reaction of the kid while waiting for the crab to “calm down” and let go of his finger. 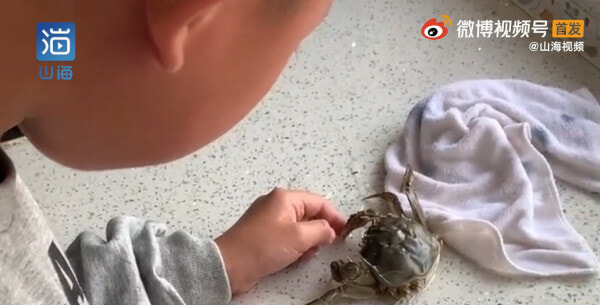 The incident took place in the Shandong Province in China, where the unnamed kid cried and immediately called his mother after his finger was caught by the crab’s claw. His mother wanted to cut off its claw but to her surprise, her son did not allow it.

“Let it calm down,” said the kid, who wanted to give the crab a period to “cool off”.

Amused, she jokingly asked her son if the crab does have a period to “cool off”. The innocent kid simply replied,

“Yes, it has,” the kid said while sobbing in pain.

Coincidentally, there was a glass of water at the side, which the kid gradually poured onto the crab as he believed it would calm the crab down. 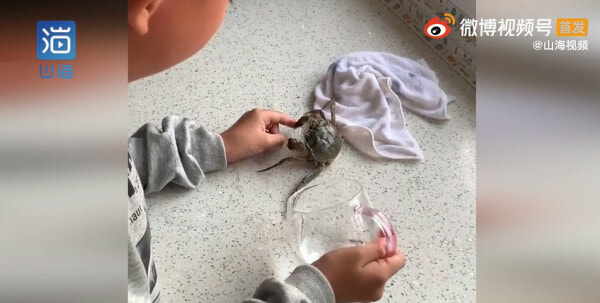 According to the mother, who also narrated the 85-seconds video, her son has always been fond of fish, shrimp, and crabs. The fondness had developed for a long time, and he even raised two crabs, a male and a female. The crab that pinched his finger is indeed his pet crab that he was playing with, and he would rather withstand the pain than having to hurt the crab.

As shown in the video, the pet crab eventually let go of the kid’s finger, resulting in slight bleeding without any major injury. 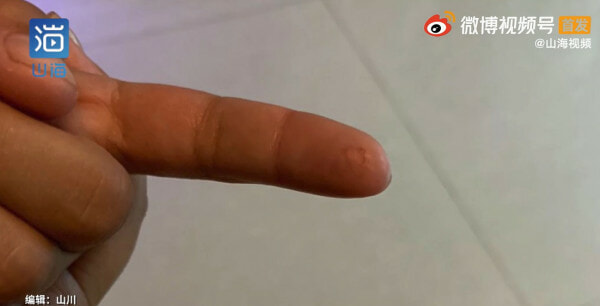 Netizens cannot contain their amusements and express their thoughts on the situation, with most of them praising the kind act of the kid that warmed their hearts.

Also read: 5 y/o & 6y/o Grow Out Their Hairs To Donate To Cancer Patients Despite Being Teased 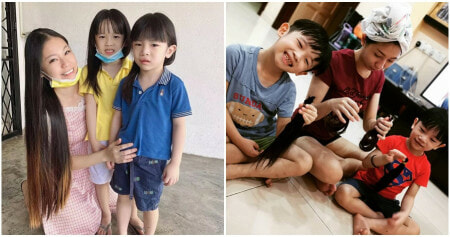