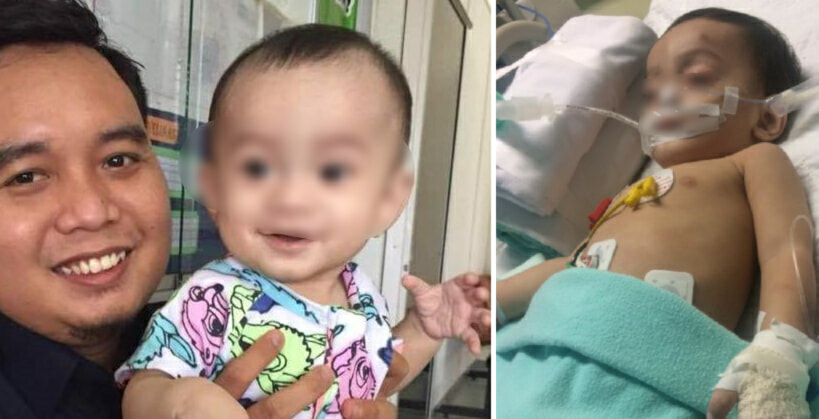 The amount of cases involving infant mortality is starting to become alarming! Just a few weeks ago, a dead baby was found in a refrigerator, and now another innocent life has been taken too soon.

On July 17, 10-month-old Naufal Amsyar was admitted into hospital for injuries to his head. Yesterday (21 July), he died from those injuries, and today (22 July) he was buried at Bukit Kontang Muslim cemetery in Tangkak. This tragic case took place in Muar, Johor.

One can only imagine the grief that his parents Nabil Fikri Anwar and Noraziqah Rahman are undergoing right now, having to bury their only child. 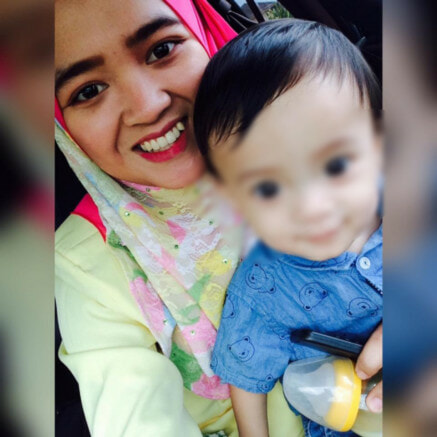 According to The Star, Nabil said that his child had fallen twice from a cradle at the babysitter’s house. Doctors at Hospital Pakar Sultanah Fatimah had found injury marks on Naufal’s forehead, blood clot in his eyes and a crack in his skull.

Nabil said that while he didn’t know the nanny very well, his wife had gotten recommendations of the woman from Facebook before sending their child over. The babysitter had told him that Naufal collapsed after eating porridge prepared by Nabil’s wife and that Naufal’s eyes were wide open and motionless.

“Initially, she suspected that he had choked while eating.”

“But it was only after he was admitted to the hospital that we were made aware that he sustained injuries after falling from the crib,” he said. 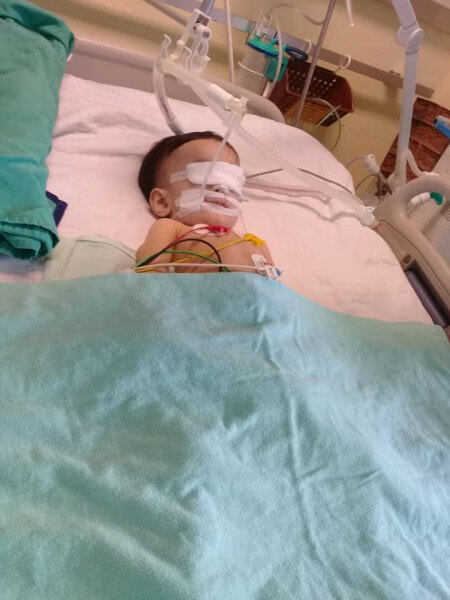 The 35-year-old nanny has since been detained by police to help with investigations.

Nabil, who is an enforcement officer, has asked for the public not to speculate and to allow the police to carry out their investigations. He said that if the post-mortem reveals that the death was unintentional, then the family would accept the results. He does not blame anyone over Naufal’s death.

“But, if my son was abused, let justice prevail.” 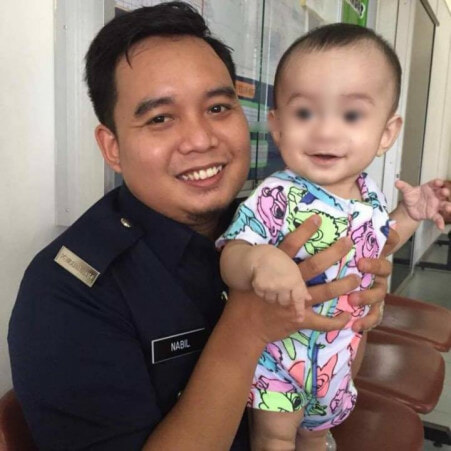 Both Nabil and his wife Noraziqah kept vigil for their son for four days, but when they realised his injuries were too great, they accepted that their baby boy was never coming back to them.

We hope Naufal’s parents will get their rightful explanations and that if there were any foul play, that baby Naufal will get his dues. Rest in peace. 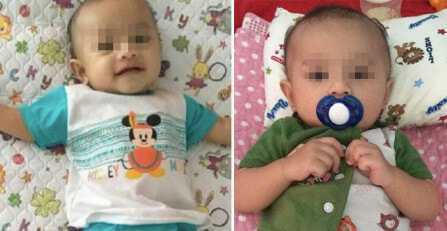