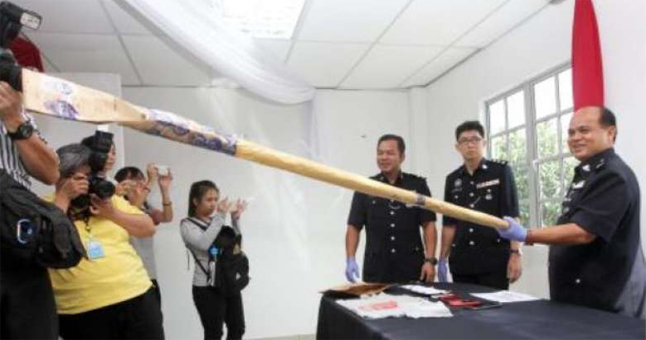 On 28 November, a man in his 20’s was speared to death with a homemade spear through an opened window while he was sleeping in Kampung Melayu Subang, reported FMT. Apparently the killer was innovative enough to fit a knife at the end of the 3.5 metres wooden pole and had transformed it into a spear. 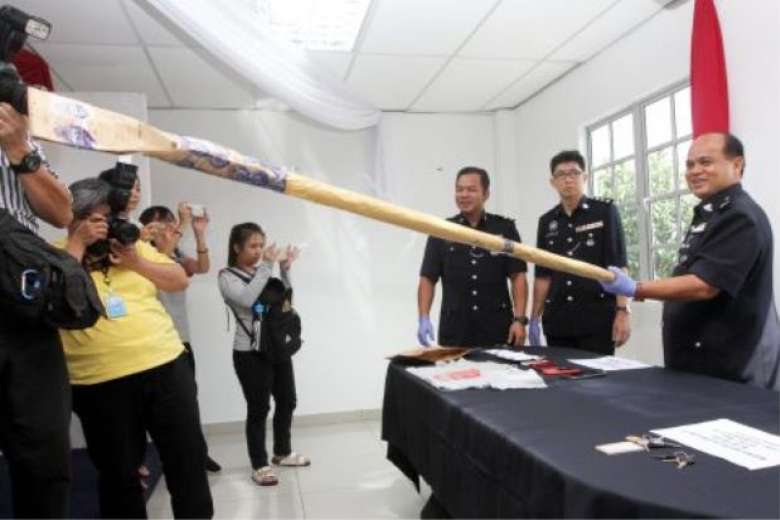 According to District police chief Superintendent Dr Abdul Aziz Awang Darus, the wife was awakened by the scream of the victim at 2.30 am. She was shocked to see the wooden pole impale her husband’s stomach. However, the killer had fled the scene by that time.

The man was bleeding heavily from the stabbing and was rushed to Sungai Buloh for emergency treatment. Unfortunately, he slipped into coma and succumbed to his injuries two days later.

Following the investigation, police had arrested 4 men aged between 28 and 55 in Kampung Melayu Subang last Friday. Police believed that jealousy was the motive behind this bizarre murder.

“One of the suspects detained, known as Budiman, had allegedly hired an Indonesian hitman to kill the victim after he found out that the victim was flirting with his second wife,” Abdul Aziz said.

The other two suspects who are detained were hired as a transporter and spotter. Police later discovered that the 28-year-old spotter was also a former policeman whom has been suspended due to misconduct. So much for upholding the law.

According to Abdul Aziz, apparently Budiman has paid the trio RM1,200 each to kill the victim. He admitted that this is the first time he has encountered such a unique case where spear is the weapon choice of the killer.

Come to think of it, how often do you hear someone who was wounded or even killed by a spear? Do you even know someone that owns a spear? Yeah, thought so.  This case is bizarre indeed.

The 4 suspects have been remanded until Thursday to assist in the investigation and the case will be classified under Section 302 of the Penal Code for murder.

It is rather saddening and scary at the same time to think that a man’s life is only worth RM3,600.