A viral video posted on social media got netizens all over the world outraged as it showed a young woman being sexually assaulted, but no one tried to intervene to help!

The incident which recently happened in Casablanca, Morocco involved 6 teenage boys who surrounded the young lady in a public bus. They pulled her top down and also stripped her pants off.

The video shows a couple of boys forcibly fondling her breasts and sucking on them, while the poor girl cries out for help. As if violating her modesty wasn’t bad enough, the teenagers insulted her in Arabic as well.

The woman, who’s 24 years old, is seen in tears and struggling to get away from the hooligans, but neither the bus driver nor the passengers onboard intervened. Eventually, she breaks free from them and rushes towards the front of the bus despite her chest still exposed. Poor girl is desperate to get away from them!

When contacted, the bus company defended their bus driver as the video was ‘too short’ with it being ‘only one minute long’, hence, it can’t be determined whether the bus driver did later stop the bus to help the girl.

While this case got everyone up in flames, there were others who outrageously blamed the girl for not covering up.

“She was the one who provoked the men with indecent clothing,” one netizen wrote.

“I condemn the act but cover yourselves up, this one was easy to undress,” another Facebook user commented.

The horrible act that came to light early August revealed the concerning increase in delinquency and violence against women in the country. A national survey revealed that a shocking 2 out of 3 women in Morocco had experienced physical, psychological, sexual or economic abuse, the Independent reported.

Moroccan authorities said they have since arrested the 6 boys who are aged between 15 and 17, for their “presumed implication in the woman’s aggression”.

Let’s hope these boys get the punishment they deserve. 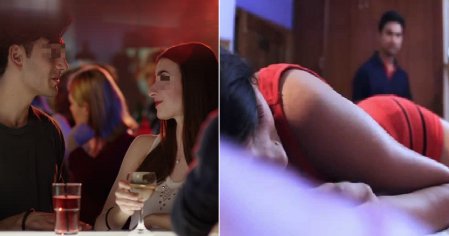