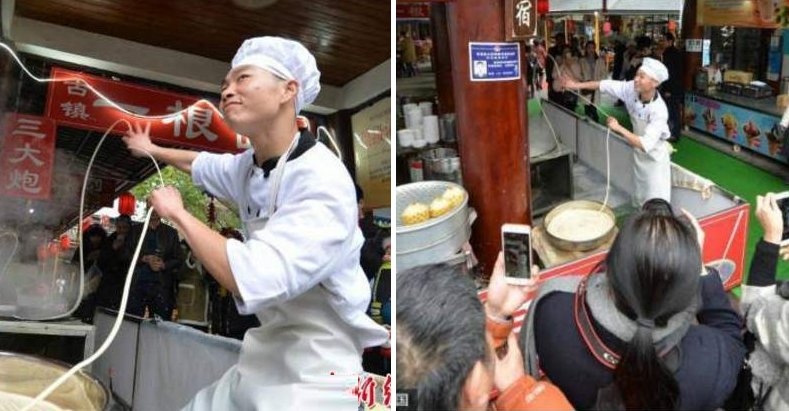 A viral video recently made rounds around social media depicting an extraordinary noodle vendor with his sick dance moves.

The young vendor pulls his noodles into thin threads while joyfully jumping, dancing and spinning. The display of his talent and whimsical stunt went viral on Chinese social media and instantly turned him into a celebrity. 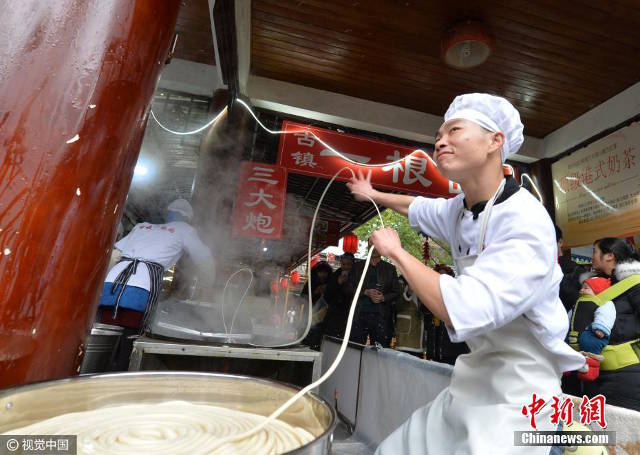 It may seem that the guy does not care about other people’s judgement and just enjoy dancing to his own accord but he himself revealed otherwise.

The joyful vendor, who is also known as Tian Bo, revealed that he isn’t as carefree and extroverted in his normal life.

However with the restaurant’s business struggling to stay afloat, Tian Bo decided that extreme measures had to be taken to draw in more customers.

So, the dedicated young man did what he could to help the business.

Figuring that he had to do something to help out with the restaurant, Tian began playing catchy music in the store and letting himself get lost in the rhythm.

Over time, he managed to perfect his dance move and stage presence, and his signature dance move is now one of the main attraction of the busy crowd that visits his stall.

It is obvious that he is pretty good at playing the crowd, occasionally giving the audience a flirtatious look and leaving a line of ladies swooning after him. 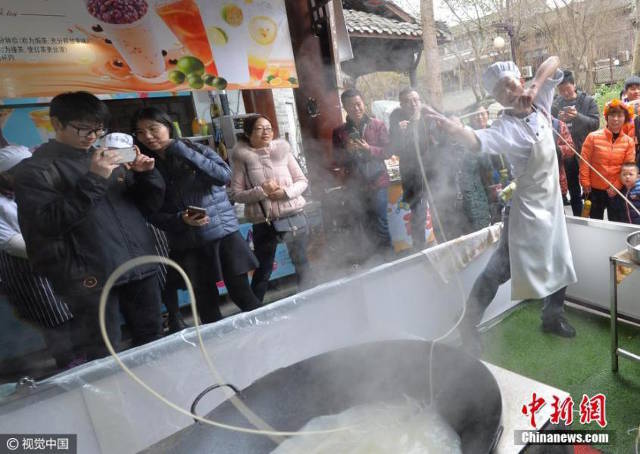 Tian makes a traditional dish called a ‘Longevity Noodle’ which traces its root back to the ancient Sichuan town of Huanglongxi, China. It is made with a single strand of noodle that is stretched to an extreme length by the chef. While many chef have attempted to put on a bit of show while stretching the noodles, none of them could match up to Tian’s ability.

Due to his outstanding and unique talent, many people have approached him offering various job offers and opportunity. However as of now, Tian plans to stay at the restaurant and one day he hopes to be able to open his own noodle joint.

Catch his outstanding performance below!