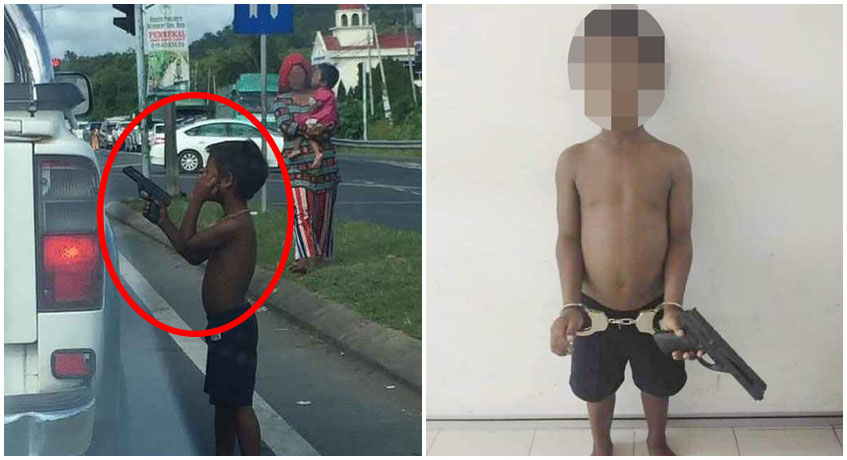 If you’ve been driving around Malaysia recently, you would have no doubt seen pan-handlers who would approach your car at traffic lights and beg for money. Now, while most of us just simply roll up our windows and ignore them, a child pan-handler took things down a frightening route, landing him and a few other people in hot water as a result, according to Astro Awani. 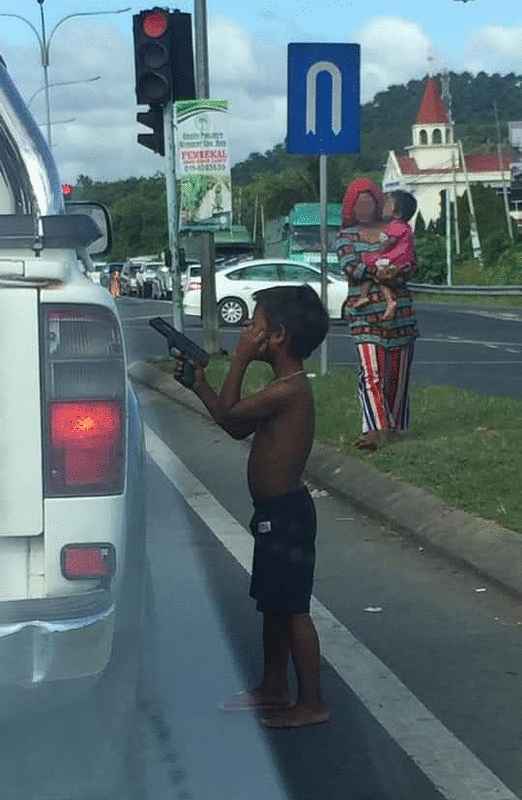 The incident, which happened in Lahad Datu, Sabah, saw a young boy pointing a toy pistol at a car that had stopped at a light in an effort to scare the driver into giving him some money. Police were immediately called on the scene as a result, and the young boy was arrested. 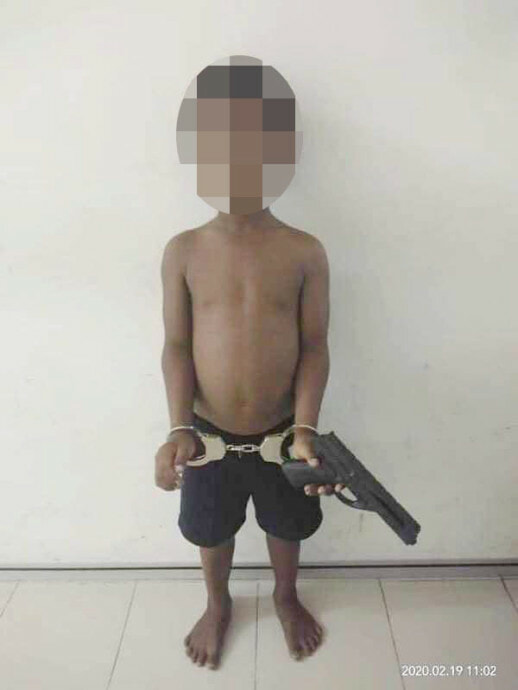 However, it wasn’t just him, but over 15 other people were also arrested by the local police over the issue, and it is revealed that none of them possessed any legitimate identification documents. According to the head of the Lahad Datu Police ACP Nasri Mansor, 11 out of the 15 detained were children. The oldest detainee is 31-years-old. 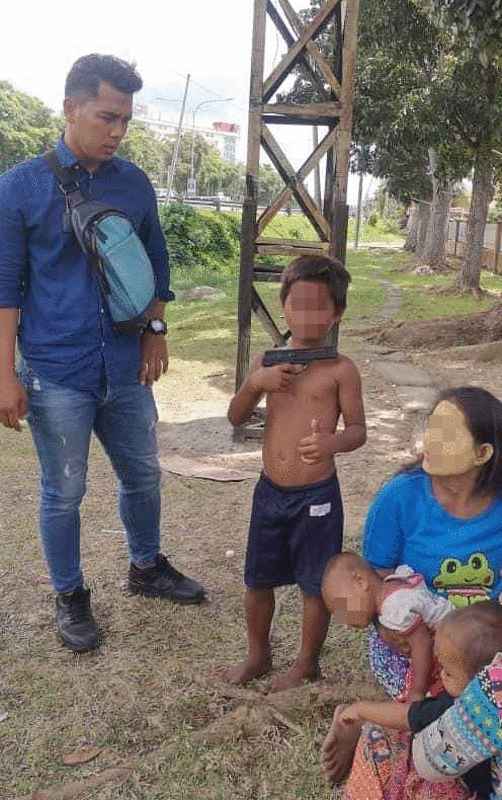 The toy gun used during the incident was apparently given to the boy by his mother, and was meant to be shared among the other children when playing. This case will be investigated under Section 6 (1) of the 1959/63 Immigration Act.

Hopefully, this possibly playful act on the part of the young boy will not result in harsher actions taken on him! We hope that this incident will teach him a lesson that should be well learnt!