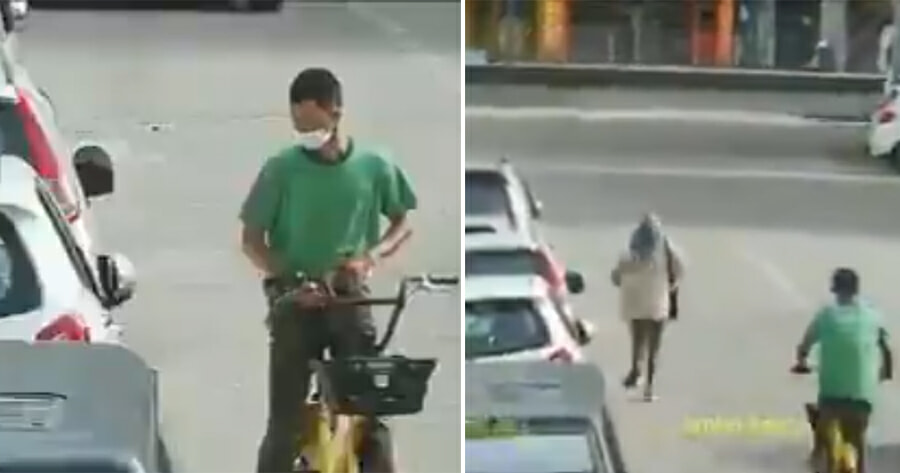 On 25 March, a man was caught on video harassing a woman at Taman Limau Manis, KB, Kelantan, and just about a month later, another harassment case was recorded on CCTV footage in the same area.

In a video circulating on social media, a man is seen riding a bicycle and stopping right outside a woman’s car. He makes a few gestures and starts unzipping his pants.

He then rides off and the woman gets out of her car. However, the man circles back and begins chasing the woman on his bicycle as she runs away from him.

Just as he was about to corner her, a white Myvi is seen reversing onto the road, causing the man to ride off. The man then circles back again, but by this time, the woman had already run off.

The incident is said to have happened on the morning of 27 April, however, no further details of the incident have been made available at the time of writing.

Please be safe out there and be aware of your surroundings, especially when you’re alone.

Also read: PDRM On The Hunt For Man Who Sexually Harassed A Girl In Kota Bharu 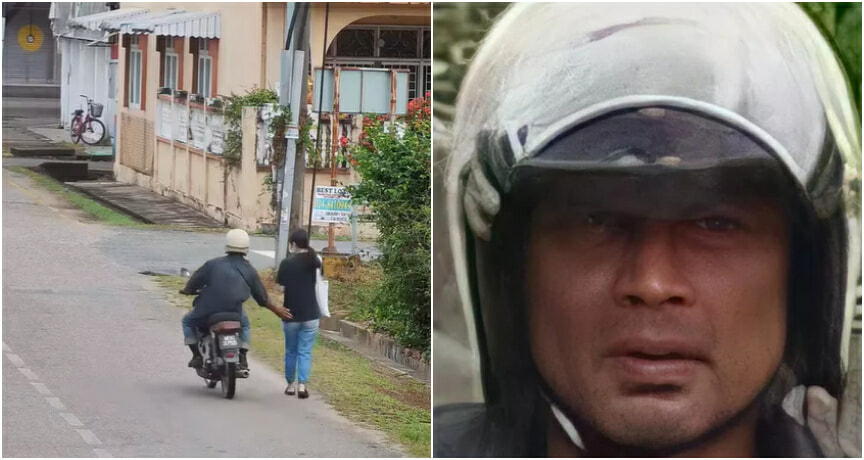