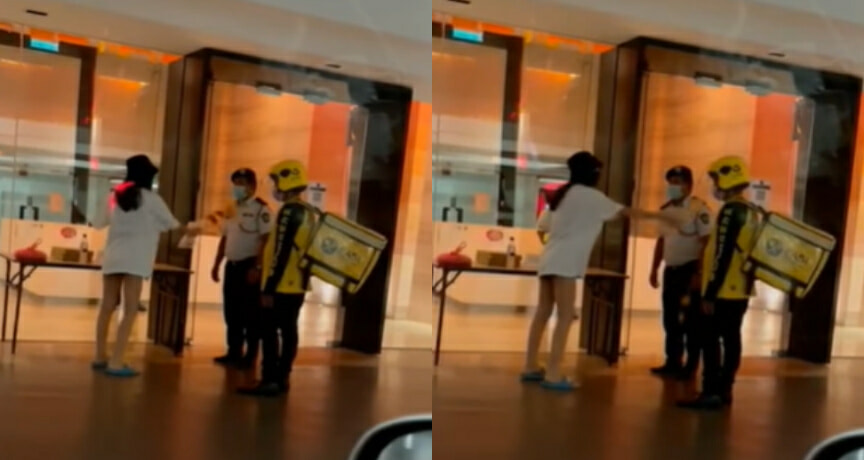 Yesterday (27 November), Facebook user Micheal Cheang uploaded a video that shows a woman who angrily throws boba tea onto a security guard and a delivery person.

“I received a video this morning, and I hope to represent our company M-Forces Security to announce the ins and outs of this incident,” the caption said. The incident happened on 26 November at around 8pm, when this female customer from China insisted the delivery person send her order to her doorstep.

“After a while, she came down angrily and said, ‘the other countries including China would do so, why is Malaysia so terrible!’. She did not accept the explanation from the security guard and lashed out at both of them,” Cheang stated.

The video shows that she was outraged and threw the boba tea onto both the security guard and the delivery person, and left. Both of them were calm and did not retaliate.

“Here, I would like to pay tribute to the security staff of M-Forces Security! While facing such hot-tempered and arrogant residents, they showed professionalism to calmly deal with it and remained their positions and responsibilities. I am proud of them!” Cheang added.

Cheang also urged the public to be kind to all frontliners. The video has received more than 61k views and 2.2k shares at the time of writing. 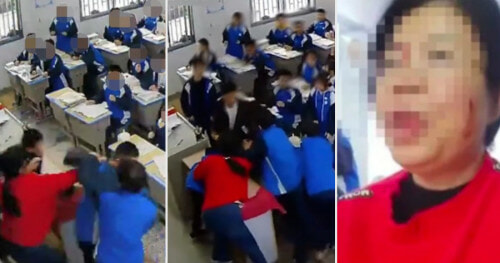