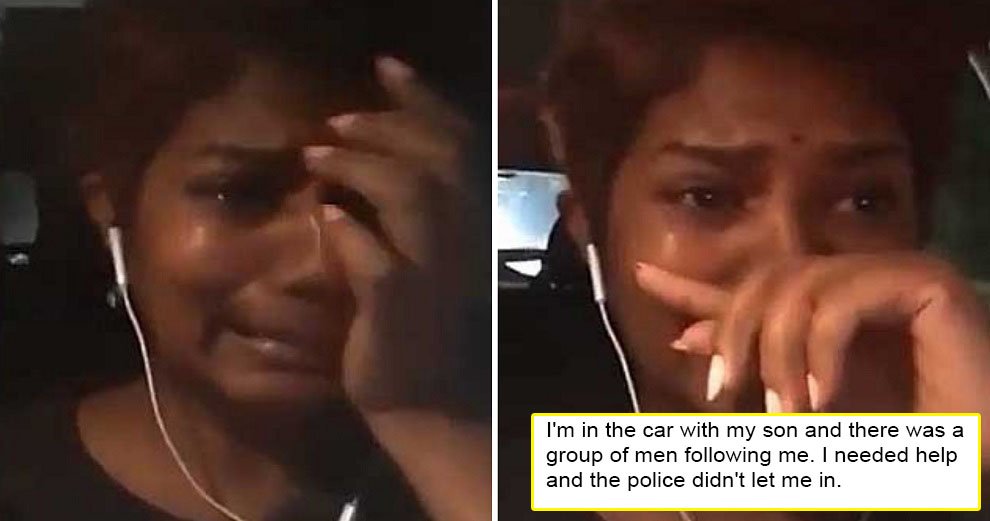 Last night, you may have seen two videos circulating around WhatsApp and Facebook of a woman sharing her scary experience with a group of road bullies.

In one of the videos, the woman named Kogee Sinniah appeared distraught and in tears as she explained what had happened. She claimed that she was driving home after picking up her son from training at around 10pm. It was then that she noticed a BMW occupied by a group of  young men started following her car, which understandably began to worry her.

She then decided to call the police and explained the situation to them, as she was unsure of the BMW driver’s intentions. After calling the authorities, she then made the decision to drive to a nearby police station instead of her house.

However, on the way to the police station, she had to stop at a traffic light, at which point the BMW allegedly “blocked” her car. She then said she proceeded to press her car horn for a good 5 minutes as she was very near the police station at this point, hoping it would catch someone’s attention. Despite this, no one came to her aid.

Kogee then explained that after a while, the BMW finally drove away and she was able to drive to the police station so she could report the incident.

When she finally reached the station, she was taken aback when a police officer asked her if she was the one blaring the horn earlier and they had allegedly refused to let her drive into the compound.

“I’m in the car with my son and there was a group of men following me. I needed help and the police didn’t let me in.” 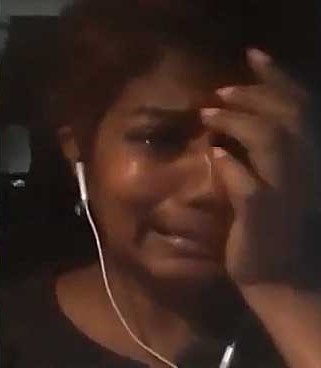 On top of that, she claimed that another police officer came out of the station and scolded Kogee, telling her to “talk nicely”. She added,

“I am so speechless. I went to the police station to ask for help, but they didn’t let me in. Never in my life have I felt so unsafe.”

Thankfully, she had gotten home safely after that entire ordeal and ensured her friends on Facebook that she was safe. She disclosed that the incident happened at the Damai Police Station and that she had made a police report at the Taman Maluri Cheras station. 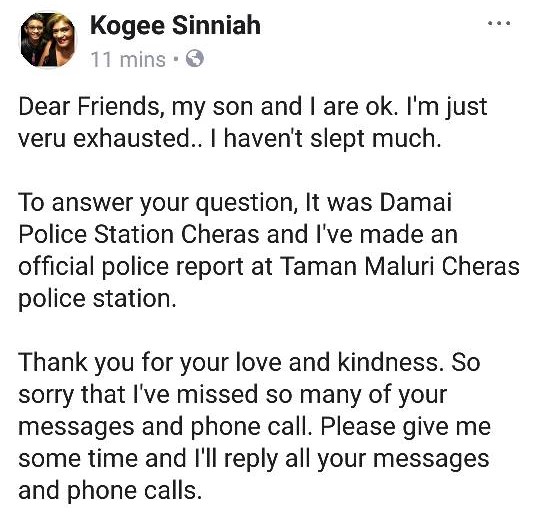 In a second video she had uploaded later, she said,

“The police called me just now and asked me why I didn’t make a police report. I told them that I didn’t feel safe to make a report at that station and they told me it was fine.”

“They said that the reason why the men in the BMW followed me is because I ‘makan jalan‘. I could be wrong, because the road I was driving on was dark and under construction so I might have overtaken them.”

“Then, the young men in the car got really upset because I did not stop the car after overtaking them.”

“So I asked the police officer if it was a good idea for me to stop the car and talk to them. Then the officer kept quiet.”

“I may be at fault, but I did not hit their car. I might have just gotten in their way. So, if they felt that I had violated their path, they could have just made a police report instead of deliberately following me.”

Now, according to Kuala Lumpur police chief Mazlan Lazim, three young individuals about 18 years of age have since been picked up by police to aid with investigations, reported The Star. The case is being investigated under Section 506 of the Penal Code, which deals with criminal intimidation.

The police chief added that Kogee should not have felt unsafe because she was already at the police station and that if the police officer in question was found to have not appropriately carried out his duty, appropriate action will be taken. He mentioned that there could have been a possible misunderstanding that may have made her feel that the police were indifferent to her situation, saying,

“When the sentry approached the car that was following her, he instructed them to obey the law and not harass her. They left after the sentry told them to make a police report if they were unhappy about the situation.”

Well, let’s hope this entire issue is resolved by the authorities soon. Thankfully, she was unharmed despite her traumatising experience! 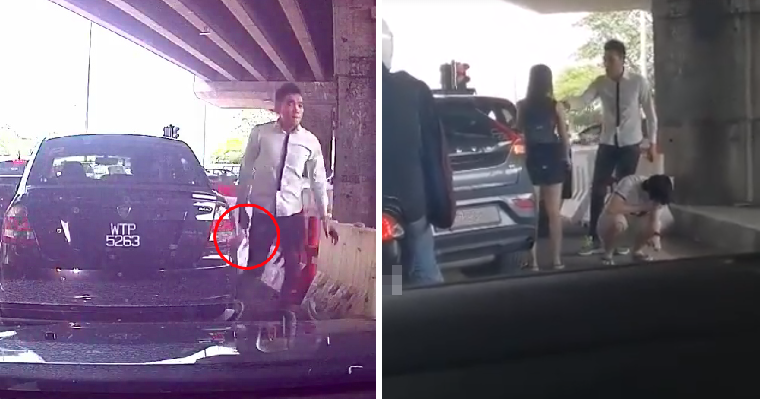