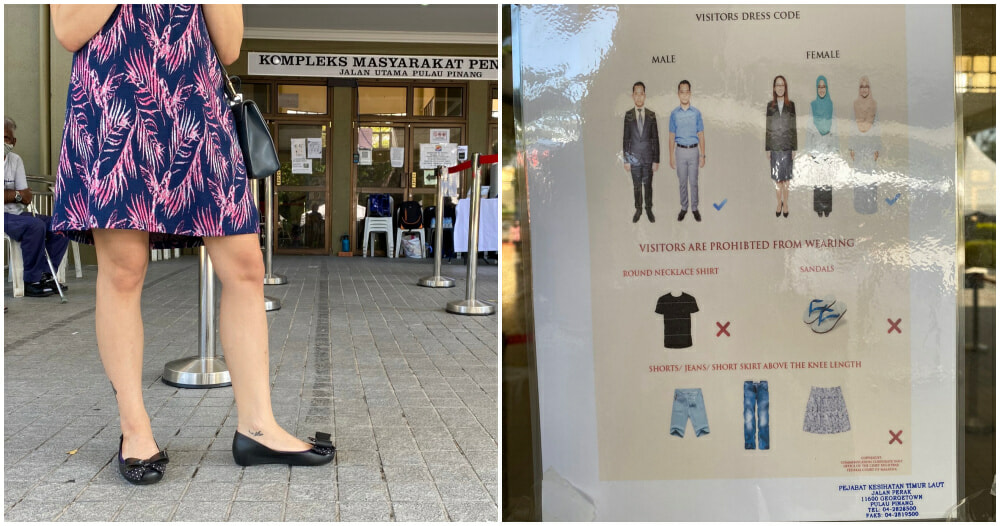 Recently, on 17 July, a Malaysian netizen took to Twitter to share an incident that occurred to his girlfriend at Kompleks Masyarakat Penyayang in Georgetown Penang.

According to his tweet, Derek Ho (@penangstrays) explained that his girlfriend was denied entry at the PPV when she was accompanying her aunt for her vaccination appointment.

He explained that the security personnel stopped her at the entrance and was denied entry as her skirt ended slightly above her knees. 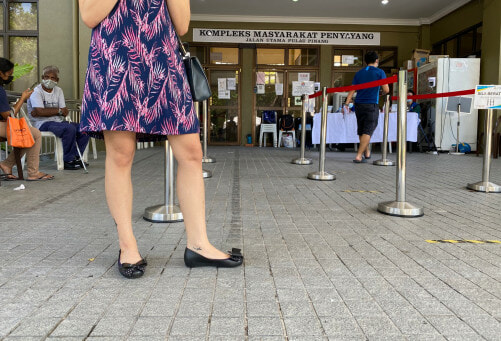 He added that there is apparently a conservative dress code to be followed at the centre. In fact, a sign of the said dress code is placed outside of the centre and has been stamped by the Northeast District Health Office (PKDTL). 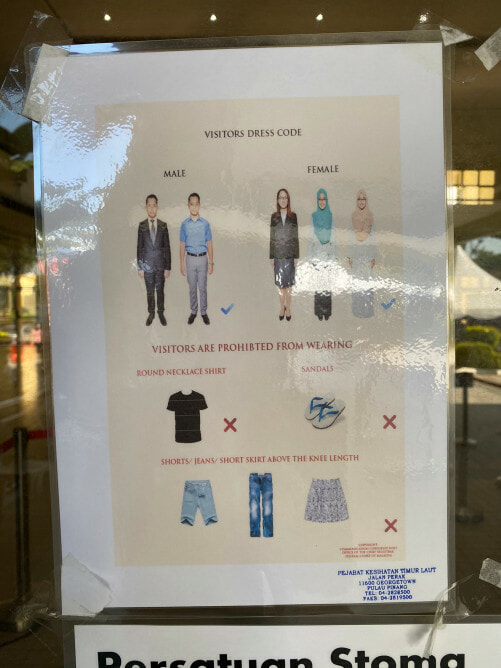 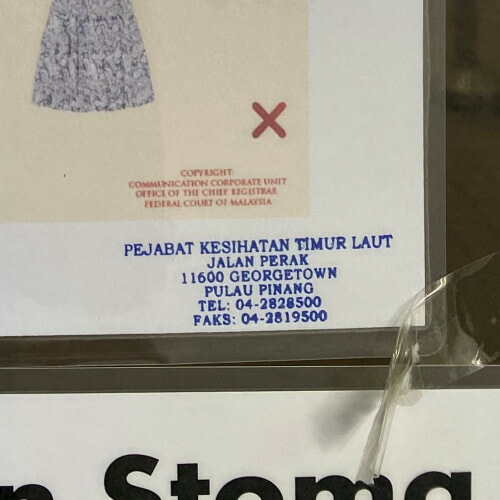 Derek explained that after much negotiation and speaking to the Head of Security, his girlfriend was finally allowed to accompany her aunt inside.

“My girlfriend was denied entry at first but later let in, after speaking to the Head of Security there (Mr Yeoh) who overruled his two men.”

“What about the people dressed in a Dinosaur costume?”

Curious about why there is a dress code, to begin with, Derek decided to direct the issue to Khairy Jamaluddin, KKM and Tan Sri Noor Hisham through Twitter.

Hello @Khairykj, @KKMPutrajaya & @DGHisham why is there a dress code for the vaccination centre in Kompleks Masyarakat Penyayang in Penang?

My girlfriend was denied entry at first but later let in, after speaking to the head of security there (Mr Yeoh) who overruled his two men. pic.twitter.com/bZ4ZjJyMNC

Derek also pointed out that there have been people dressed in Dinosaur and Donald Duck costumes in the past few weeks, as reported by the media. Hence, he hopes to seek clarification about the dress code SOP that has been placed at the PPV.

Again, this thread is not to put the blame on the security folks barring my girlfriend from entering the centre.

I’m questioning why is there a dress code SOP in the first place? What about the people dressed in a Dinosaur costume, a Donald Duck costume? pic.twitter.com/n41CV2YT85

Derek added on to clarify that his intention is not to put the blame on the security team.

As reported by China Press, PKDTL officer Datin Dr Azizah Abdul Manan said that there is no such thing as a required dress code at the PPV.

She explained to China Press that all PPVs do not have a standardised dress code, however, visitors should only dress modestly.

She also added that the woman’s skirt (referring to Derek’s girlfriend) was deemed okay and added that the security guards may have been a little too strict.

Azizah has also requested for the dress code signage to be removed immediately and claimed that the dress code is actually “an old signage from when the building was used as PKDTL’s office”. 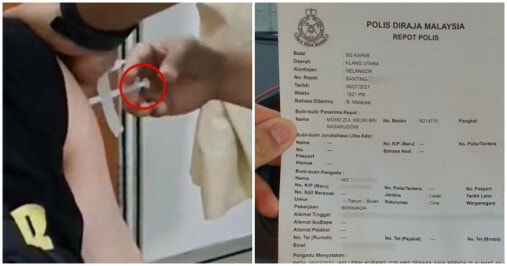