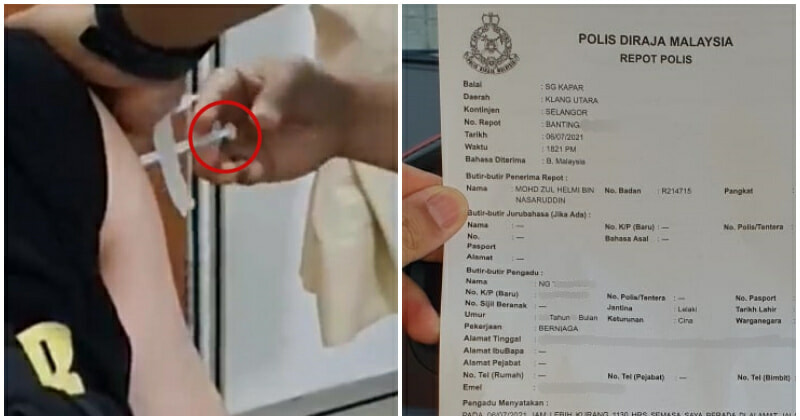 A Malaysian man residing in Kapar, Klang recently lodged a police report after finding out that he was given an empty shot of the Pfizer vaccine at Banting Hospital yesterday, 6 July.

Simon Ng took to a Facebook Group to share the story after replaying the video that he managed to record of the medical officer injecting his arm with an empty syringe.

WORLD OF BUZZ managed to get in touch with Simon and he filled us in about the shocking incident that occurred to him. 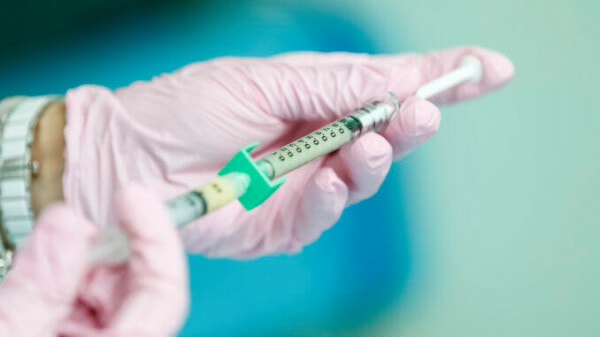 Told to look away during injection

According to Simon, he went to Banting Hospital to receive his dose of the Pfizer vaccination. When it was his turn, he noticed many syringes placed on the table, all containing liquids.

When it was time to inject him, Simon claimed that he was instructed by the medical officer to look away from his arm, which he did. However, he kept his phone out to record the process.

He said the whole injection process was extremely fast and painless but felt like something was off. So when he came out of the injection booth, naturally, he pulled out his phone to rewatch the process. 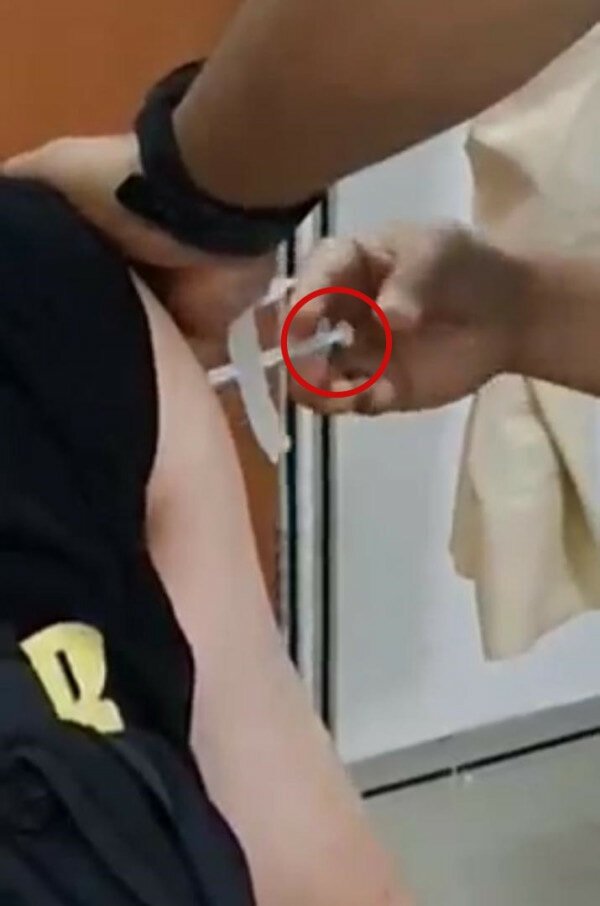 Seconds before injecting simon. The syringe has already been pushed down, indicating that it was empty beforehand.

Upon rewatching the video, he noticed that the syringe that was used to inject him contained no liquid! He quickly approached the medical officers and showed them the video. They remained silent.

“After they watched it a few times, they went quiet. They then asked me, ‘So what do you want now?’”

“I have four children who aren’t able to be vaccinated, and they must rely on us to protect them. If I bring the virus home, they will be the most easily infected,” Simon told WORLD OF BUZZ.

Allegedly forced to delete the footage before receiving “second shot”

The four medical officers in the injection booth eventually agreed to give him a second shot but it came with a few conditions.

Simon was allegedly instructed to not film the second injection process and delete the recording he had previously taken moments before.

Thankfully, Simon managed to save the original video file and deleted the other recordings he had. This includes the other photos he had taken in his phone gallery, recycle bin and WhatsApp messages.

After receiving his second jab on the spot, he said this time he felt different.

“I could tell the difference if it was really injected or fake because this time it felt different,” Simon told WORLD OF BUZZ.

After receiving his “second shot”, Simon shared the video on Facebook, hoping that people would be extra cautious when receiving their vaccination. He then headed over to the police station to lodge a report. 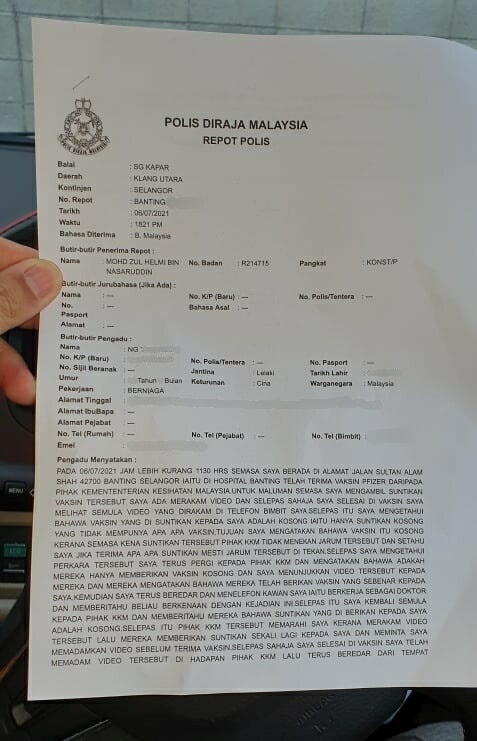 Simon told WORLD OF BUZZ that once his video was posted and went viral, another individual realised that he had gotten an empty syringe, like him, and shared a video on social media too.

“According to the inspector, they need to investigate first. They will keep me updated. So, from time to time, I have to travel to Banting police station whenever they call me,” Simon told WORLD OF BUZZ.

Simon expressed that he hopes a thorough investigation will be conducted. Till then, he will continue to remain hopeful.

When asked if he would like to add any comments from his experience to the readers, he said “Know your rights.”

Since Simon’s posting, the Selangor State Health Department took to Facebook to release a statement in regards to the incident.

In summary, they insisted that it’s quite impossible for a man to be given an empty syringe with no vaccine as each PPV centre is required to follow strict SOPs where two personnel will be involved in giving the vaccine. 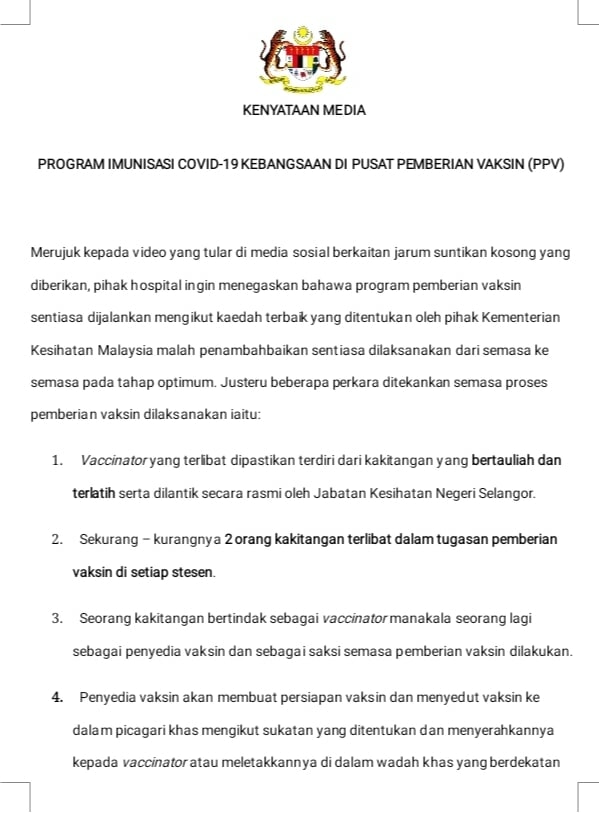 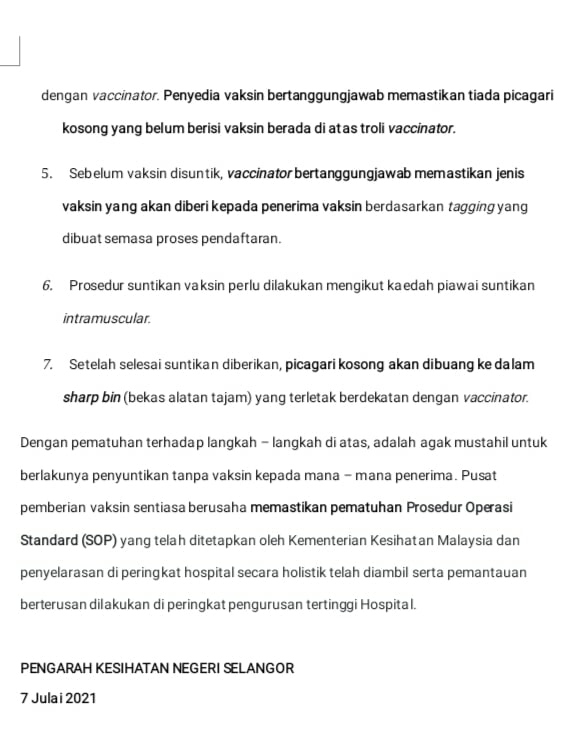 For those of you who will be getting your vaccination, always remember to get the medical officer to show you the syringe beforehand with the correct amount of dosage.

Also Read: APM Officer Praised For Going Out Of Her Way To Help Deaf Man At KLCC PPV 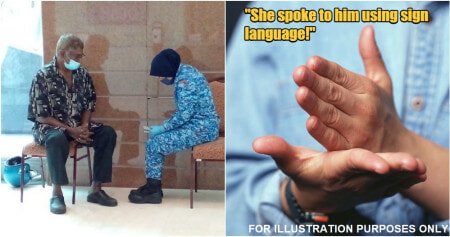