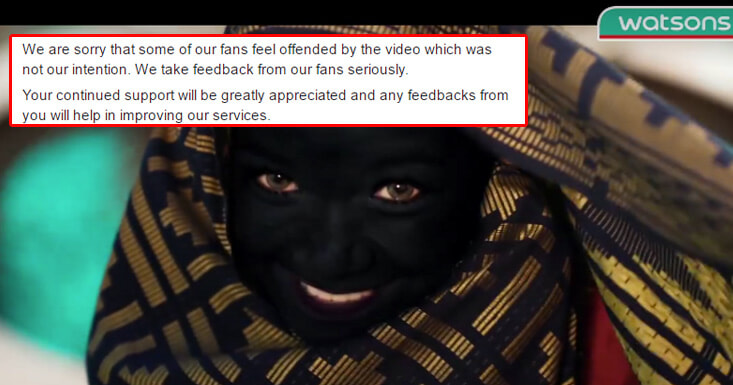 Well, it looks like Watsons Malaysia has officially responded to the backlash from netizens over their controversial Hari Raya video!

Last night, a few hours after the video began to circulate on Facebook, Watsons Malaysia took notice of how much criticism their advertisement was getting.

They then decided that the best thing to do is to issue an official apology on their Facebook page and take the video down because of all the backlash they received. 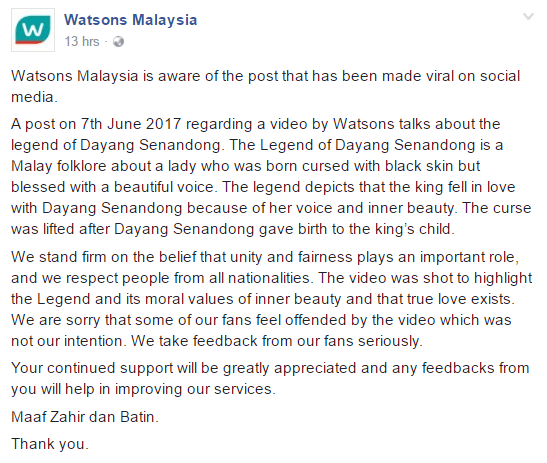 FYI, you can still watch the video here.

In their apology, they explained that the video depicted the classic Malay legend of Dayang Senandong, a woman who was born with a beautiful voice but “cursed with black skin”. Ooh bad choice of words.

They understood that it offended many people (but instead said they’re sorry that some of their fans feel offended. Really now?) and decided to take it down.

Also, did anyone notice the sneaky wordplay of how “fairness” was used in the apology? Not sure if that was intentional either.

Many people understood that it was a homage to a Malaysian legend, but the connotations behind equating black skin with ugliness is an outdated and racist concept that has no place in modern society.

Of course, there were ways in which they could have adapted the concepts from the legend to fit with modern ideas and perceptions instead of resorting to Blackface, which has its own racist historical background.

Unfortunately, it appears a lot of netizens found Watsons’ apology insincere, claiming that they still didn’t completely understand the gravity of the issue. 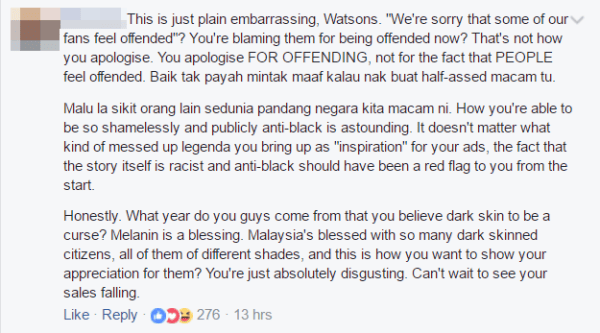 Hmm… looks like Watsons Malaysia isn’t being let off the hook that easily despite apologising, and it looks like some of the actors involved in the video have also been criticised for participating.

What do you think of everyone’s reactions to this? Let us know your opinion! 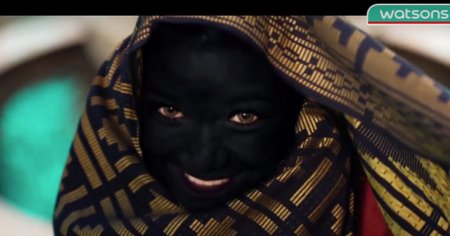