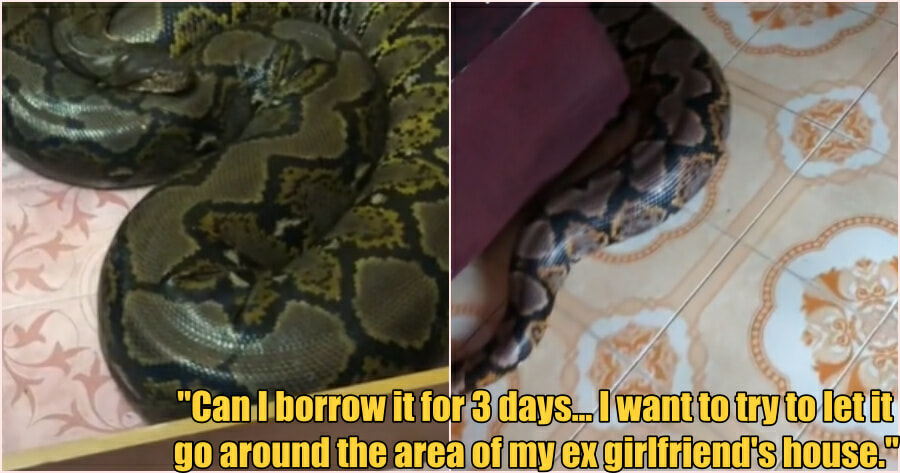 When we think of having animals as pets, the first ones that come to mind are cats, dogs and rabbits. If you are looking for something a little more exotic, probably a small spider or a snake.

But, what about a giant python as a pet?

Recently, a Malaysian family went viral after they shared videos of their pet on TikTok, which happened to be a massive python!

TikTok user @ainaathirah028 recently shared the video of her pet python named Miko, slithering around in their house. 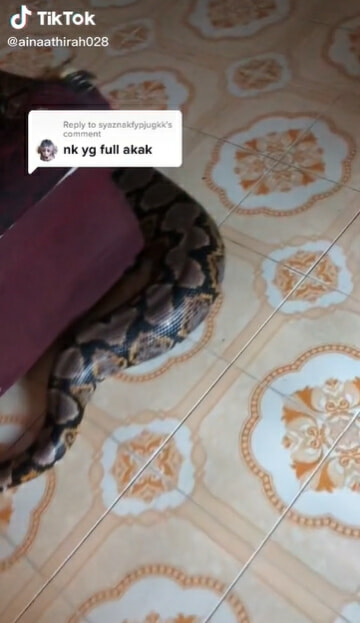 As clarified by the owner, Miko the python has never attacked humans. In fact, it is kept in a special cage located inside their house. 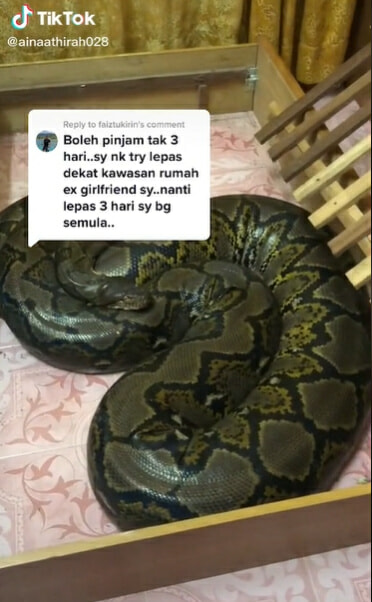 The video managed to catch the attention of the public, leaving many people in shock by the humongous size of the python. Some even expressed concern that the snake would end up “eating” its owner someday.

“If it was me, I definitely won’t be able to sleep at night as I would be overthinking, ” commented a user.

“Ever since this I’ve watched this video every time I sit on the sofa I would put my feet up,” said another user.

A netizen pointed out that if someone were to ever visit the house, they’d have the shock of their lives and would run away as far as they can. 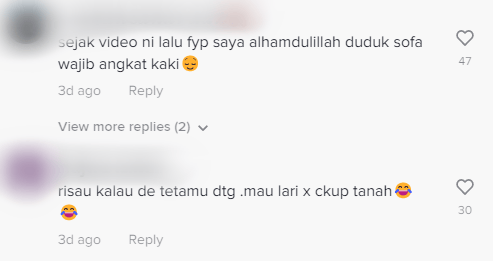 Meanwhile, some made jokes regarding Miko. One netizen said, “Can I borrow it for 3 days… I want to try to let it go around the area of my ex girlfriend’s house… after 3 days I will return it.”

Another commented, “Sis, next time you fight with your ex, just let it settle the issue.”

On the other hand, some netizens believe that snakes should not be kept as pets and asked the family to get rid of the snake. Some argued that based on Islamic reasonings, snakes are not allowed to be kept as pets.

“If I’m not mistaken, in Islam, there are 5 types of animals which we are not allowed to have inside our homes (including snakes),” said a user.

Horrifying or totally fine? What do you think? Let us know in the comments.

Also read: Convenience Store Staff Praised by M’sians For Allowing Dog to Stay as it Was Terrified of the Rain 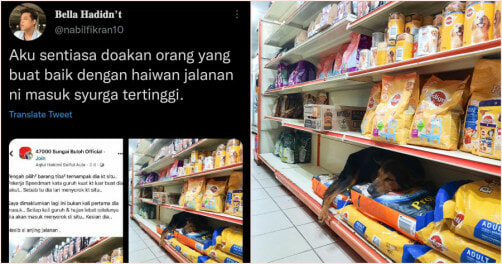