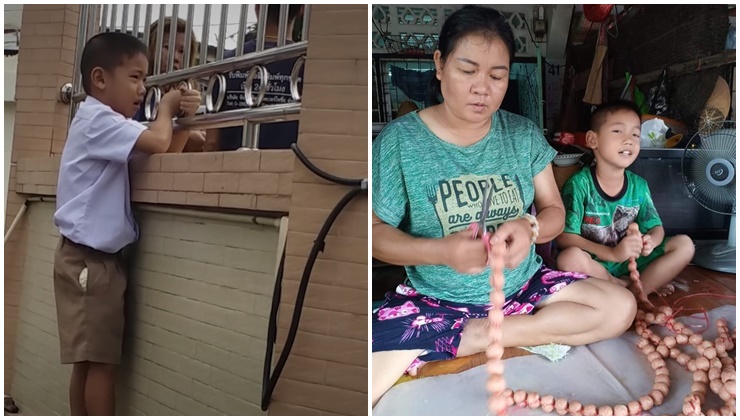 More often than not, we take for granted the fact that our Mamas are always there to help us. They tahan our temper tantrums, cut fruits for us to make sure we’re eating healthy, and comfort us with hour long “I told you so” lectures when we screw up.

Working mothers even struggle balancing their day jobs and being a full time Mama at the same time! The only time we truly recognise the importance of thanking moms for their efforts is on Mother’s Day. Unfortunately, not all kids get to celebrate this occasion with their mothers. 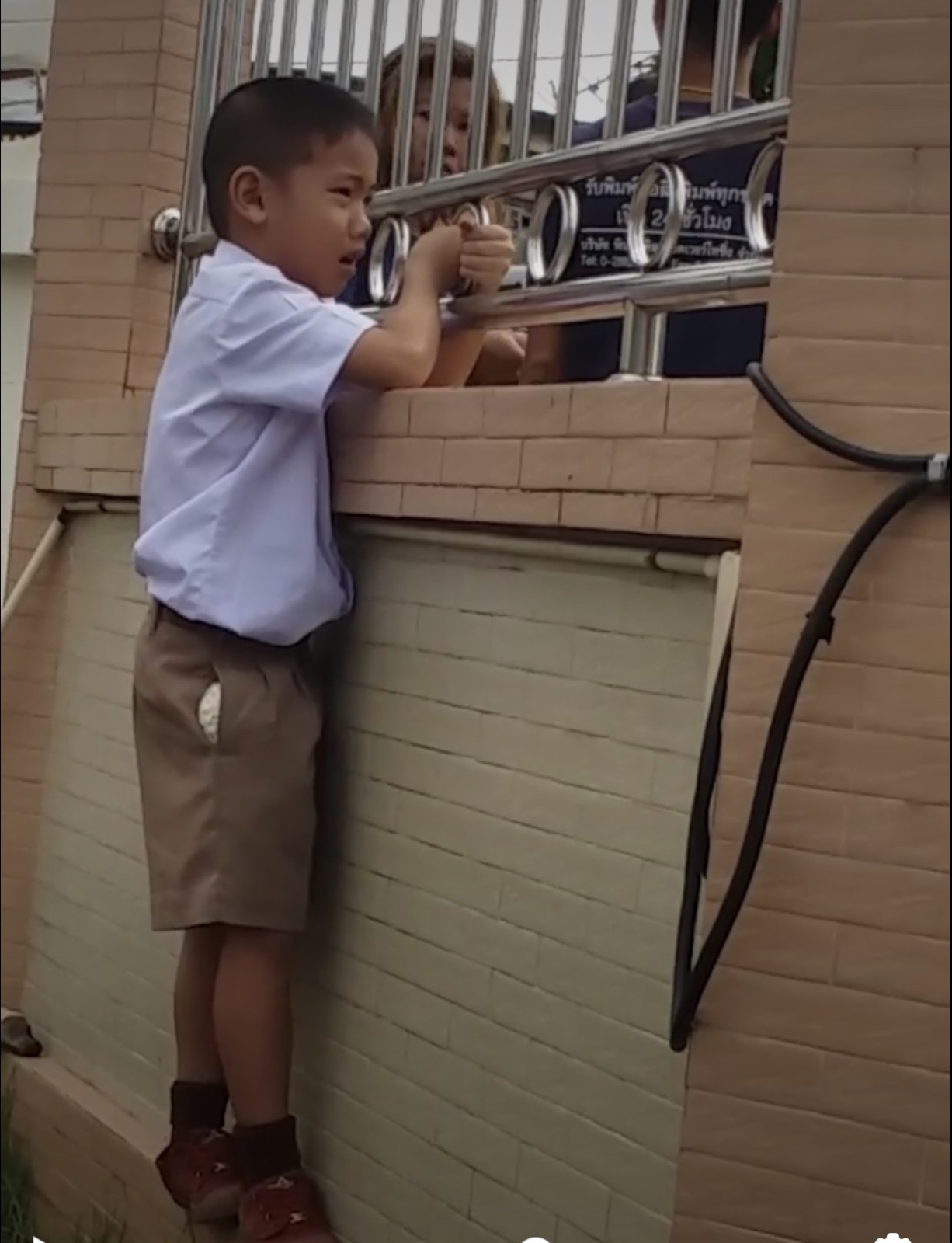 A Facebook netizen recently posted a heartbreaking video of a child crying as he gazes longingly at moms and their kids spending time with each other during a special school event. The school, known as Rumpa School, is situated in the Om Noi Subdistrict in Thailand. A Mother’s Day celebration was held during school hours, in which kids were allowed to bring their moms to school with them so they can spend time together. 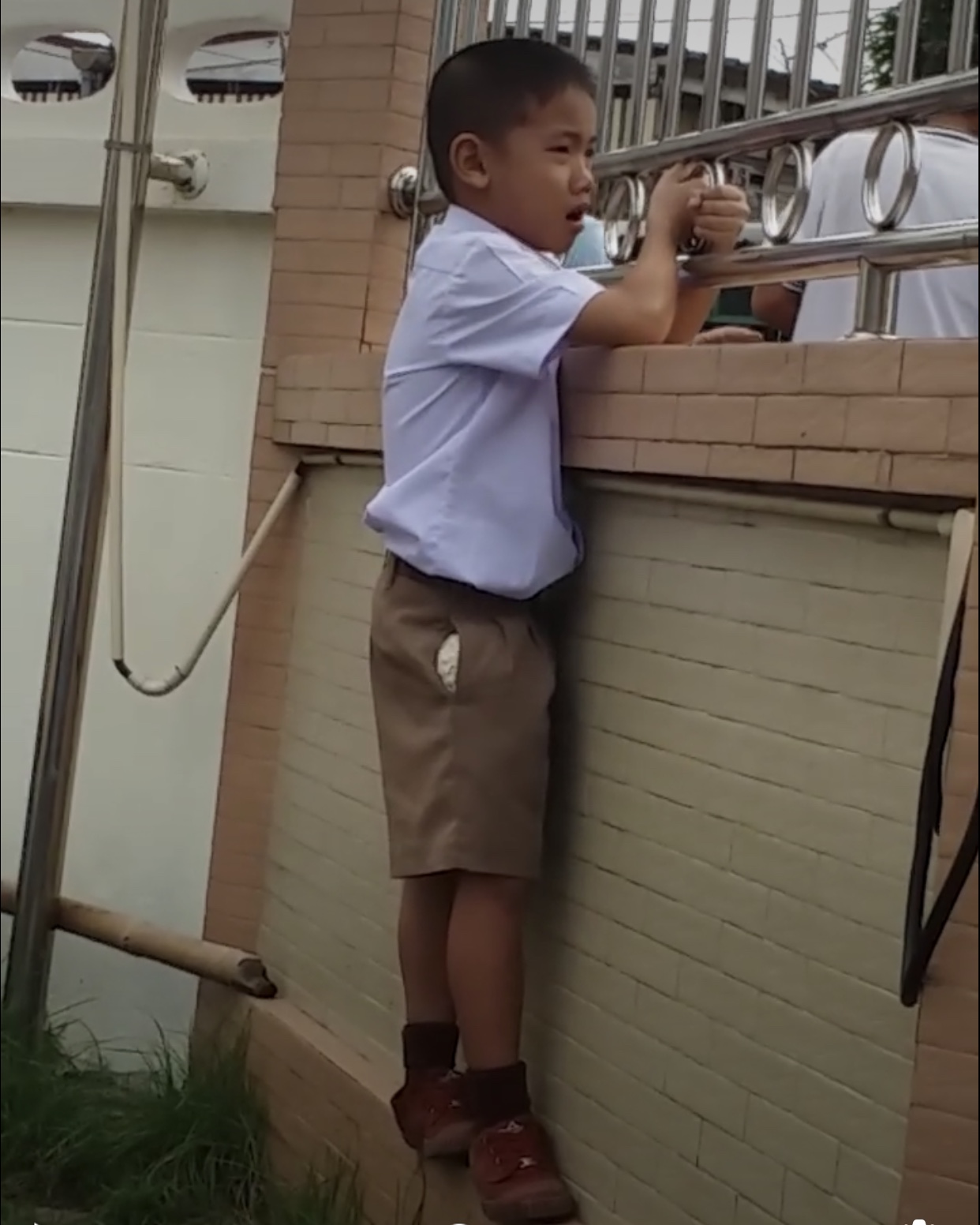 However, it seems that this boy’s mother could not make it for the event, so he had to watch from a distance as his friends and classmates spent quality time with their moms 😔. The video shows the boy gripping onto the metal bars of the school’s fence while shedding tears, yearning for his mother’s presence. Watch the full clip below. So kesian! 😥

Many Facebook users flooded the comments with sympathy for the poor child. Some opposed the idea as they believed kids who didn’t have mothers were forced to experience the full force of their loss.

Others were supportive of the school for hosting an event where kids who did have mothers could realize the significance of appreciating them. 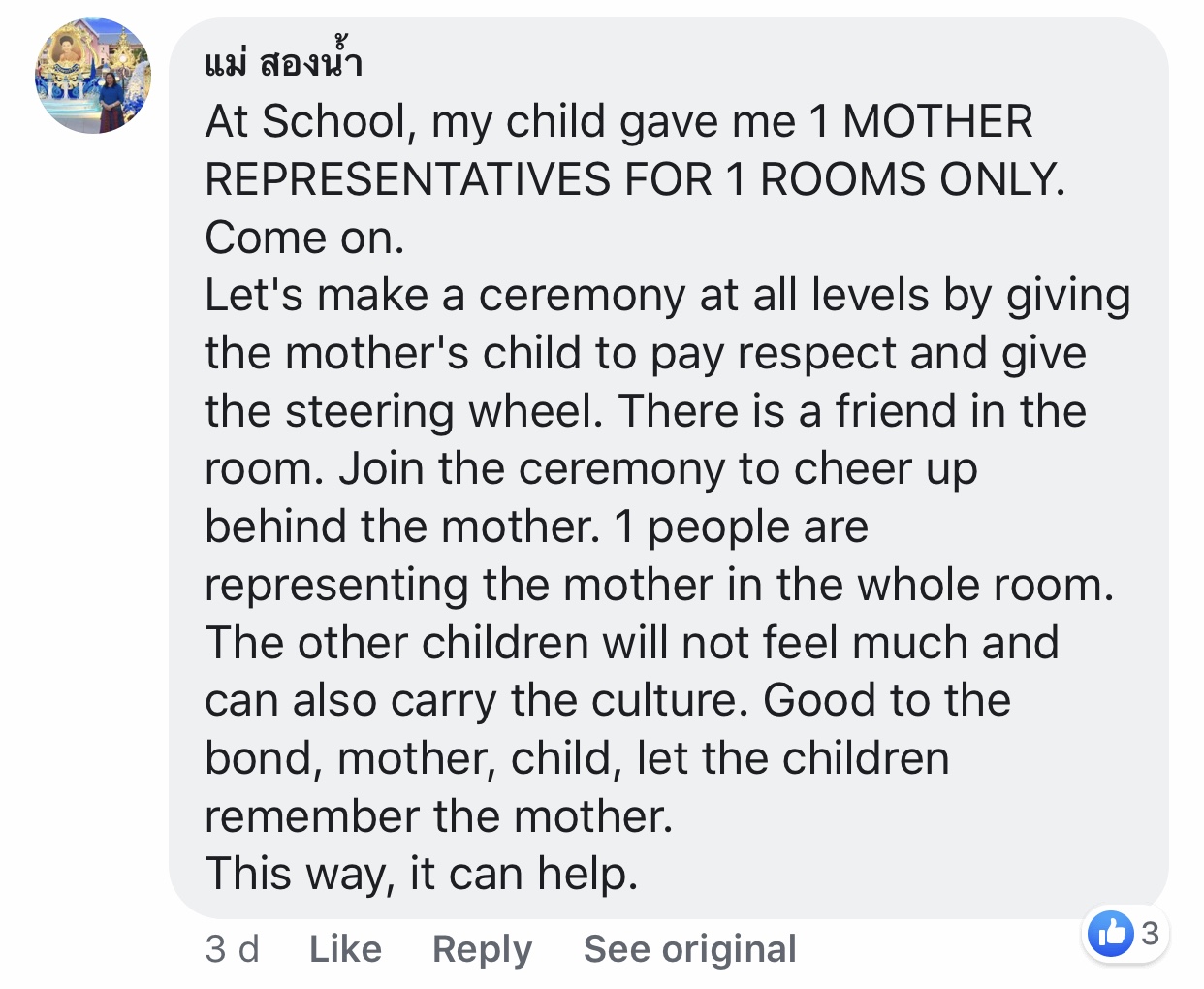 The netizen who posted the video sought to clarify the poor boy’s situation as there were a few comments that blamed the mother for her absence during the event. He posted a link in the comment section of the video stating that the mother of the child indeed showed up to the event but was late because she was busily preparing items to sell at the market. The working mother was afraid that she wouldn’t have enough time to prepare the items, hence she had to show up to the school event later than all the other parents. 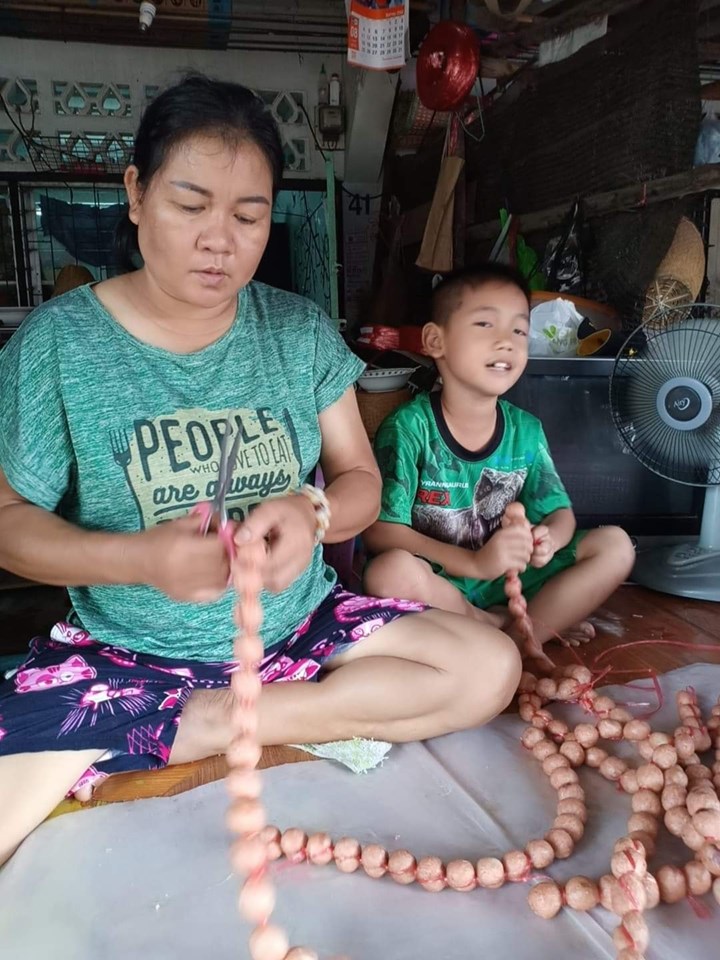 Yay! We’re glad the poor boy still managed to spend some time with his mother towards the end of the day. However, this incident did make us question whether events celebrating parents should be held in schools. Do events like these help children appreciate spending them with their parents more? Or do they just make busy parents look bad? And make neglected children feel even lonelier than they should?

Sound off in the comments below. 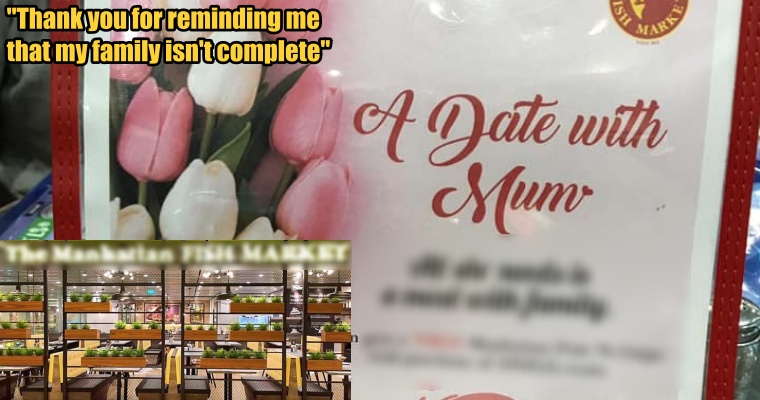