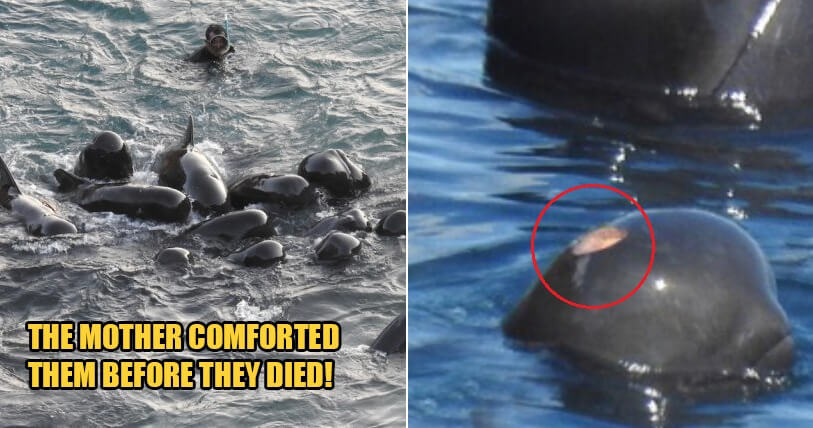 This year (2019), Japan began its old practice of whaling after announcing their withdrawal from the International Whaling Commission – which is a body that regulates whaling practice – and announced their own commercial whaling operations in their waters.

Despite the multiple calls to halt whaling in Japan, the practice went on as usual. In a small village in Taiji, Japan, these animals (pilot whales) are lured into a cove before they are killed for their meat. 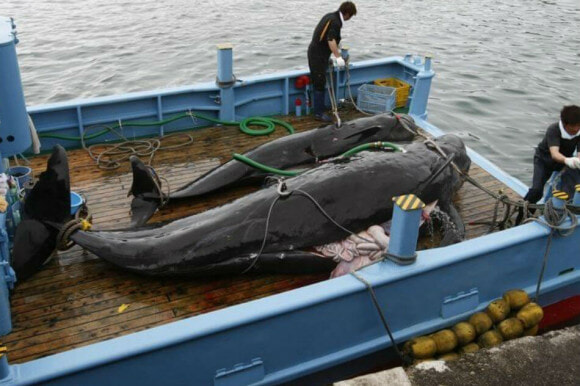 In the midst of this activity, a camera caught a rather heartbreaking sight of a pod of pilot whales before their lives were snatched away from them.

The Sun UK reported the footage showed the mother dolphin comforting her young calves moments before they were slaughtered by the Japanese hunters.

This depressing video was first shared by a non-profit organisation (NGO), Dolphin Project. In the video, we could see that a pod of pilot whales were rubbing against each other in a very close and tight circle. It was almost like they knew they were going to die.

Then, the matriarch of the pod swam around her family whilst “touching them” in efforts to comfort them for the horror that they will go through in a few minutes. You can watch the heartbreaking video below:

In a blog post, Dolphin Project revealed that eight whales from this particular pod were kept for a “life in captivity”, meanwhile the rest were slaughtered mercilessly.

“Those new captives were left to watch and listen as their family was slaughtered right next to them. It was heartbreaking to witness that and (to) know how emotionally bonded this family was.” 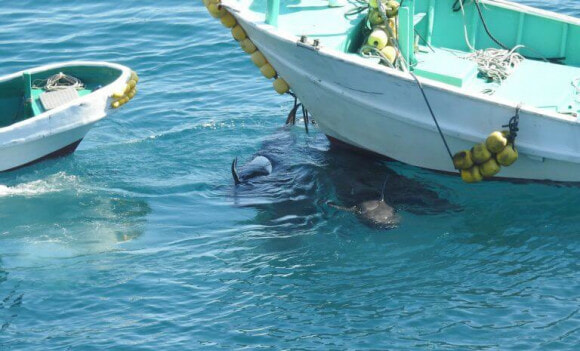 “Other captive dolphins in the harbour sea pens have to listen and watch the same boats that destroyed their family drive past them every day. I imagine they might relive this trauma and never forget what happened to them.” 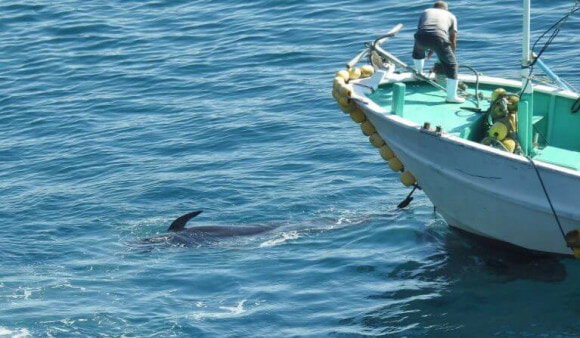 This is really saddening as no creature deserves to watch their loved ones die right in front of their eyes. What are your thoughts about whaling and its effects on our marine creatures? Let us know in the comments below!

Also read: Japan Resumes Whale-hunting After 30 Years, Plans to Kill 227 of Them 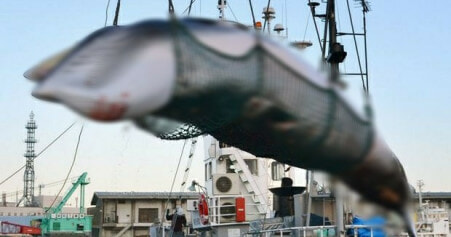