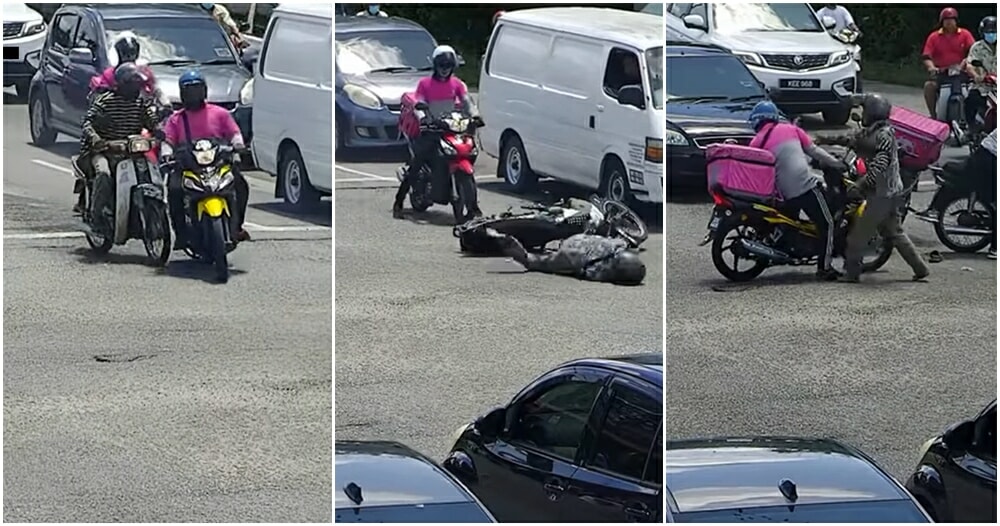 Sometimes, when people get into accidents, they lose their ability to think and randomly start attacking another person who they think is at fault.

In a video that has been shared on different social media platforms and Facebook pages,  a Malaysian uncle is seen  trying to attack a food delivery rider after falling from his motor after an accident.

In the 25-second video originally shared by Yu KH on Facebook, we can see some cars and motors waiting for the traffic light to turn green at a junction. 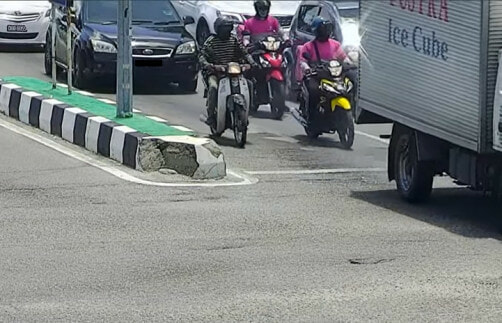 Just as the lights turned green, the vehicles started moving. On the left-most lane that can be used to go straight or turn, a Food Panda rider took a right turn to get to the other road. 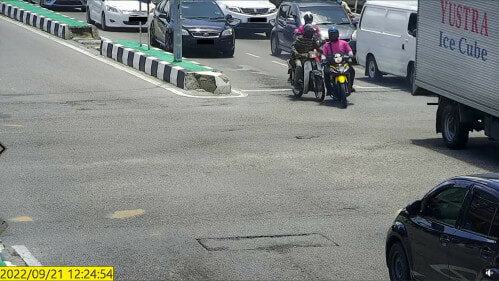 However, an uncle who wanted to go straight was caught off-guard by the rider and ultimately, fell onto the road face-first. 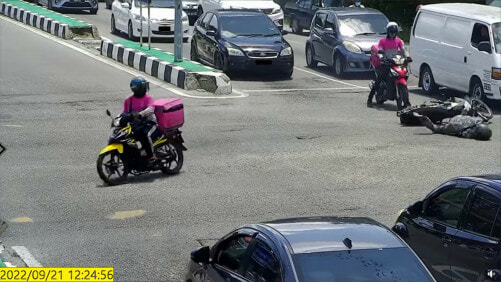 As the rider had gone past, another rider went to have a look at the uncle first, before the initial rider returned to check on the man. 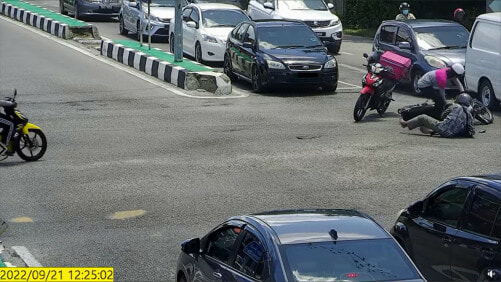 Out of nowhere, the uncle suddenly stood up and attempted to punch the Food Panda rider who managed to expertly avoid it. 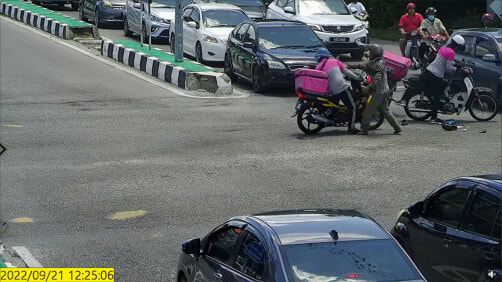 According to Yu KH, the CCTV footage was taken on September 21 at the Persimpangan Berek 12, Kota Bharu, Kelantan.

“The food delivery rider was in the right.”

Many netizens could not brain the actions of the uncle as he was the one who was in the wrong but still chose to use violence.

“The Foodpanda rider was in the right. If the uncle wants to go straight then he should’ve been on the other side,” said a user.

Another commented, “The Foodpanda rider is so kind. The uncle should have been nearer to the centre.”

“I respect this Foodpanda rider. Even though he is not in the wrong, he came back to check on the uncle. Don’t punch him, discuss it,” commented another.

Meanwhile, some netizens encouraged the rider to lodge a police report against the uncle for trying to assault him.

“This rider can make a police report. There is video evidence,” said one user.

Another said, “Make a report. It’s his fault and yet he puts the blame on the Foodpanda rider.”

Violence is never the answer to anything. We would like to commend the rider for handling this situation well. 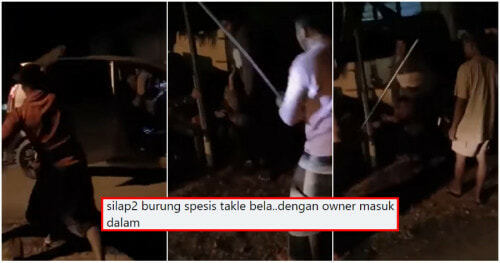