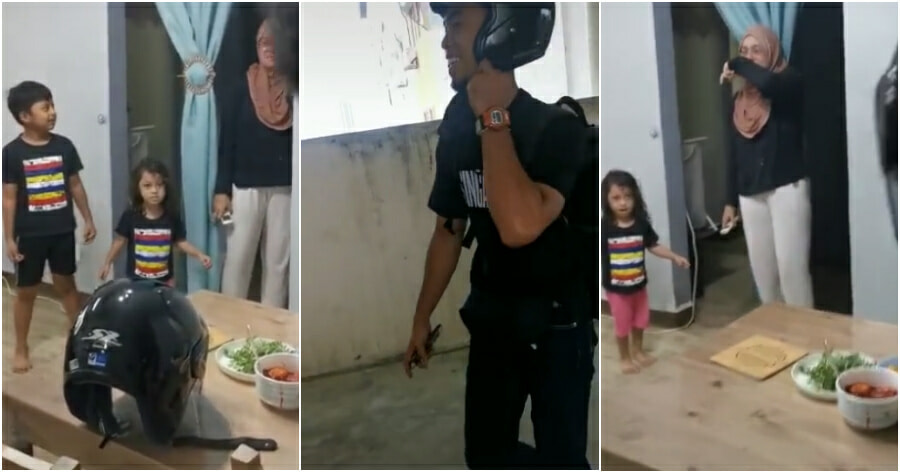 Being away from family in this pandemic is difficult, especially for those who are thousands of miles away from their loved ones.

Recently, a TikTok video that went viral touched the hearts of netizens everywhere when a Malaysian husband who had been in Singapore for a year came home to surprise his wife and kids.

Tiktok user @asmhabd, who is the man’s sister-in-law, uploaded the heartwarming video with the caption,

“They were surprised to see that their dad came home; It’s been a year since they’ve seen each other because of Covid-19. I’ve watched this ten times, and I’ve cried ten times.”

In the video, the nervous father can be seen walking along the hallway of the residential building. He opens the front door and finds his wife and kids stunned to find him there. His wife eventually recovers and is moved to tears by her husband’s sudden appearance while his children still hold expressions of shock, as if they do not believe that their father has returned.

Speaking to WORLD OF BUZZ, @asmhabd said that she did not know about the surprise that her brother-in-law planned for her sister.

“We also did not know that he (her sister’s husband) wants to surprise his wife. It was his family who planned all of this.”

She wrote that her brother-in-law works in Singapore throughout his time there because he needs to save money to come home to see his children and wife in Malaysia. While away, they only communicated via phone and video calls.

Many netizens who similarly worked far away from their loved ones took to the comments section, to express their happiness and hope that too, will one day be reunited with their loved ones. 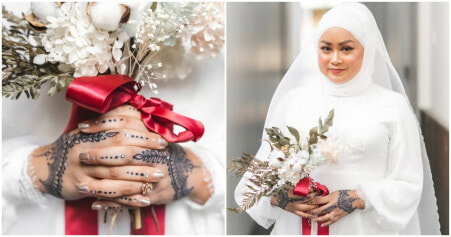