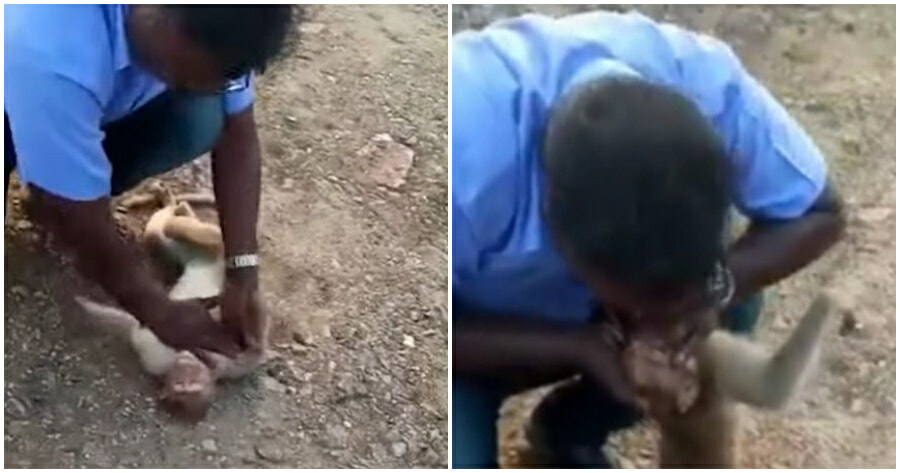 A heartwarming video of a man from Tamil Nadu reviving a collapsed monkey by performing emergency CPR is going viral on social media.

According to reports, the incident took place in Perambulur on 10 December.

A 38-year-old man from #Perambalur tried to resuscitate a wounded monkey by breathing into its mouth. @NewIndianXpress @xpresstn #humanitywithheart pic.twitter.com/iRMTNkl8Pn

The man, Prabhu, who is an ambulance driver, was returning home when he spotted a monkey hanging from a tree. The monkey was chased by a stray of dog after it entered a residential area in a village.

Prabhu rushed to the monkey’s aid to check whether it was still breathing. 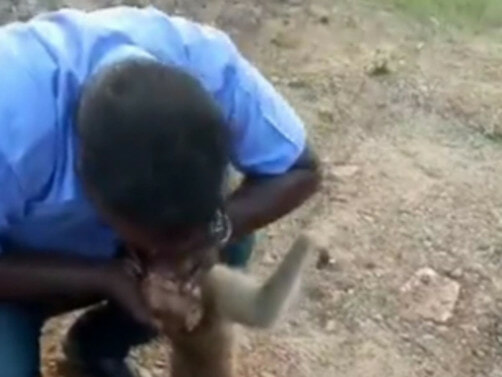 In the video, the driver can be seen performing CPR on the animal for over a minute till it began responding. Prabhu later cradled the monkey in his arms while smiling at the camera to express his joy and relief.

The animal was later taken to a nearby government veterinarian for further medical treatment.

What are your thoughts on this heartwarming video? Let us know in the comment section below! 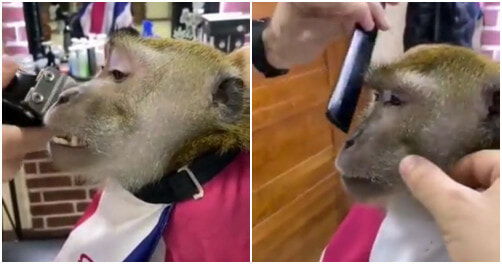