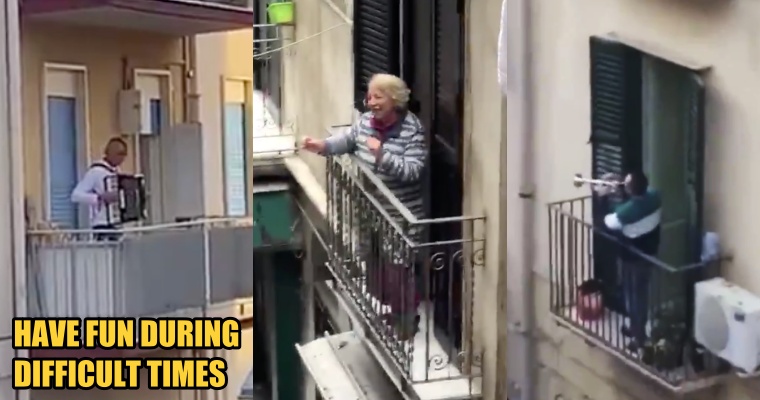 When we hear the term “lockdown”, we would assume that the people who are in the lockdown zones are basically “trapped” in their homes with nothing to do.

After Italy announced its total lockdown due to the severity of the Covid-19 spread, a viral video was circulating on Twitter moments right after it was uploaded. In the video, Italians were caught on camera singing and vibing with their neighbours on the balconies despite all of them residing on different blocks and levels. This video was recorded in Sicily, Italy, where self-isolation sounded fun for the first time ever.

Sicily has figured out this whole self-isolation thing.#COVID19 #CoronavirusPandemic pic.twitter.com/93whPVtQcR

Multiple people were playing their accordions and tambourines, nonetheless, this was an unexpected form of entertainment for everyone!

Apparently, this is not the only occurrence in Italy where people were seen enjoying music together amidst difficult times of the Covid-19 outbreak. Understanding the nature of Italians, a netizen commented that this phenomenon will turn into a national competition. And he was not wrong.

Someone posted another video that was taken in Naples, Italy, showing neighbours singing in unison although they were separated in their own residences.

Here’s another sighting of a person performing the saxophone in his residence with the balcony door wide open, and his neighbours were enjoying the music on their balconies. The music truly lightened the mood and in a way, created a connection amongst the people.

Other than the saxophone player, @funkyoulow also uploaded another video of a trumpet player playing “Imagine” by John Lennon.

An elderly woman from Napoli was seen grooving on her balcony while someone was playing the music in the neighbourhood, and boy was she having the time of her life.

We’re completely in awe of seeing how music can bring people together during difficult times. These videos have proven that we do not need to share the same space to have fun. 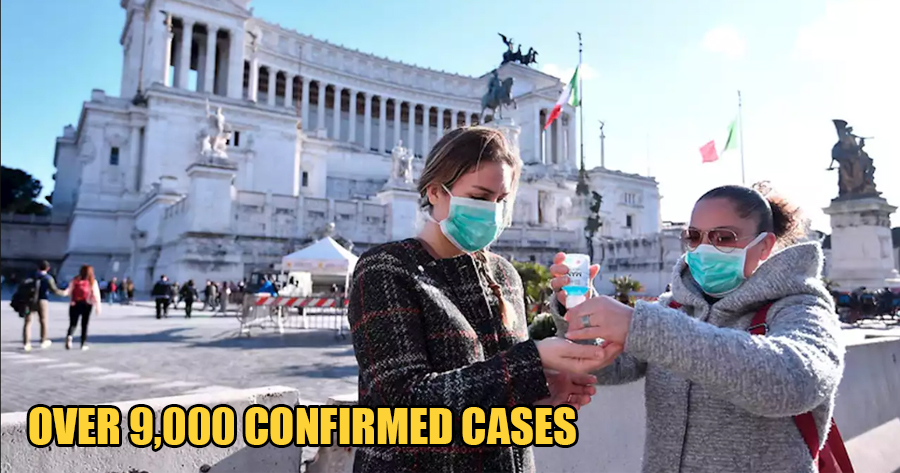