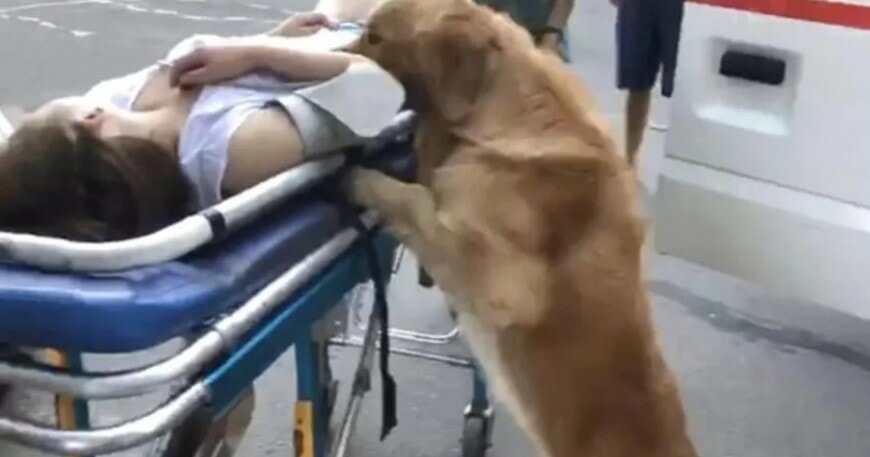 A recent incident which happened in China proves, once again, how loyal dogs can be to their owners!

An unnamed woman, who was walking her golden retriever, suddenly passed out on a road in Daqing, Heilongjiang province, China.

According to Thepaper.cn, as quoted in South China Morning Post, pedestrians rushed over to help the woman while her dog circled around her like a gentle guard.

The woman reportedly revealed that she had been drinking the night before.

Watch what happened when the paramedics arrived at the scene;

The dog was seen following the woman around when she was lifted onto a stretcher by the paramedics.

The paramedics then tried to calm the dog, but it was clear that the devoted pet would not leave the scene without its owner. So, in the end, the paramedics decided to make an exception and allowed the dog to get in the ambulance with them.

“Normally it’s not allowed [for dogs to ride in the ambulance],” nurse Yu Jingjing said.

“But considering dog owners regard their pets as family members and the woman’s family or friends couldn’t be contacted, we didn’t have the heart to just leave it there.” 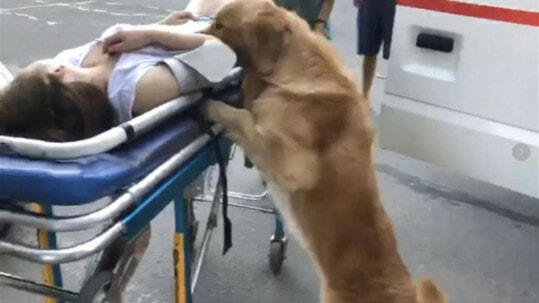 The nurse also revealed that they were initially a little hesitant to approach the woman, who was lying on the ground, as the golden retriever was seen fiercely guarding her. It was reported that when the patient was conscious, she shouted for her dog and the two reunited.

Zhang Jihong, the hospital’s head nurse was quoted as saying,

“When we saw the patient hug the dog as soon as she woke up, we knew we did the right thing by bringing it along.”

Such a heartwarming story! What are your thoughts on this? Share them with us in the comments below!

Also read: Loyal Cat Waits for Dead Owner to Return Despite Being Severely Injured in Fire 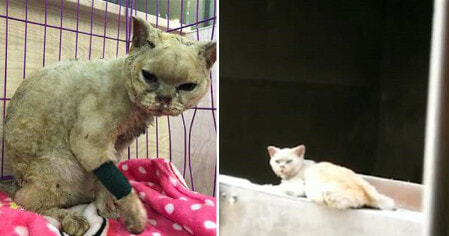